I asked a very large pool of convert women of mixed races to tell me what mistakes they made and lessons they learned when seeking marriage.  The following are the four main responses I got and wanted to share with other convert Muslimahs.  This list isn’t exhaustive, but is meant to highlight the four main pitfalls that converts seem to be most prone to when tying the knot.

Because a convert does not have a Muslim father, her wali, or male custodian, at the time of marriage often falls to someone with a leadership position in the local community.  This can be an imām, resident scholar, or respected male (usually middle-aged).  Often times this person is not born and raised in the convert’s place of birth, as most Muslim males in their middle-age are still from the immigrant population.  Most women I talked to felt their wali was a “joke” or “didn’t want anything to do with it, really” or “was just a token” in the process or “didn’t make any effort to learn about me.”  Often times, as long as the suitor seems superficially good to the the wali (he’s a nice, practicing brother), he will think it is a good match, without considering the conflicts of an intercultural marriage or visa-scam.

The sharī‘ah requires a wali to protect the interests of the woman and prevent her from marrying a man who is not compatible with her, or will take advantage of her (two points that will come next).  However, one must wonder how someone who is not only a complete stranger, but also comes from a different culture and upbringing, is suited to look out for the best interests of the convert in this regard. 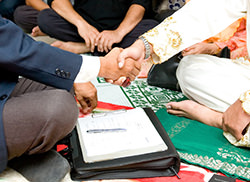 Typically the role of wali goes to a woman’s father, because he knows his daughter better than any male in her life and will naturally do as much background checking as needed before marrying his daughter to someone.  An American or European convert, however, may find her well-being placed in the hands of an older Arab or Desi man, who does not understand her disposition or cultural nuances, and who may not even feel entirely comfortable being around a non-mahram woman in the first place.  Some converts said that they felt like their walis were not even comfortable talking to them.  One must wonder how a woman who cannot even have a frank discussion about herself with her wali, can expect such a person to really be able to care for her personal interests or find someone compatible?  This discomfort for both parties has led to marriages with glaring conflicts that were arranged too quickly, or some in which the wali did not even speak to the woman except to give her the marriage contract, hoping she found a way learn more about her future husband through other channels.  Some imāms who may do a good job are so overtaxed with other duties they don’t have ample time to dedicate to the process.

Though perhaps this requires further discussion by our local ‘ulemā’, is for the convert to choose her own wali.  In cases of born-Muslim women this is obviously objectionable, because the danger is she will choose a wali who will be a token-piece and allow her to marry someone clearly harmful to her.  With converts, however, it seems that the delegated walis are often already token-pieces by default.  A convert needs to select a wali that she is confident can understand her background, has the time to dedicate to the process, and one that is open to sufficient communication.  Obviously the best arrangement would be a man who is born and raised in her country, and one whose wife she can openly speak to and is also willing to be involved and act as a middle-man.  My own husband acted as wali for two women who asked him to do so, because being married to a convert, they were confident he would understand their situations best.  Arranging the marriage was really a team-effort for my husband and me, but it worked very well.

Of course the man should still be someone that can be vouched for and has a good reputation in the community.  Though it may be a slight turn from the books of fiqh that say, in a Muslim state, the wali-ship should go to the qāḍi or imām, in reality the spirit of the sharī‘ah indicates that the wali-ship should go to a trusted individual who will best fulfill the requirements of the position, not someone who has a technical term of leadership attached to his name.  If a woman feels her chosen wali is not handling his position well, she should be able to find another without it backfiring on her reputation.  Communities would do well to have a number of wali references ready, especially if an imām knows he does not have the time or background to handle the job.

Let’s be real, a lot of converts already have some amount of sexual experience, some of them even leaving relationships or dating upon accepting Islam.  For this reason many of them feel an especially strong need to satisfy their sexual desires.  Aside from rushing in on their own, the Muslim community may also pressure these young women into marriage in order to protect themselves not only from zina, but also from leaving Islam; a lot of Muslims think that a good Muslim husband is just what is needed to keep this new Muslimah from straying.  While those intentions are noble, they often backfire.

Intercultural marriages will come up next, but firstly a Muslimah needs time to “find herself” as a Muslim, to learn about her deen and grow into it before she selects a lifelong partner.  While we like to pretend there aren’t different stripes of Islam that attract different types of people, in reality there are.  One convert may become a sūfi, another a salafi.  One may become attached to a particular madh-hab and yet another may just be content doing the bare minimum.  Different people will adopt different opinions.  This is reality, and instead of arguing the merits of this group or that, a convert needs time to learn and read and “settle” on what they believe is correct; it’s ultimately what we all do.

Sometimes a convert is only exposed to one thing and believes it is Islam, only to move to another city and realize Muslims are not as homogenous as we said we were.  They may start attending a halaqa or class and familiarize themselves with an outlook that they decide to follow, nixing the old one.  This isn’t to say that converts all need to try on different sects of Islam like hats on a rack, but a convert may only be exposed to the masjid of one ethnic group for example, then go to a conference and realize a lot of what they thought was correct was cultural or even wrong.

Many converts are also still sorting out painful issues with their families, some feeling isolated, despised, or even disowned.  While getting married into a Muslim family seems like a great idea at face-value, almost like a “replacement,” getting married when one is especially emotional, hurt, and vulnerable is not the best time.  Such a woman is liable to jump into a marriage, seeking comfort and validation, only to find out later that she isn’t compatible with this person.  What she really needs is the support of good friends and time to sort out her problems.

Lastly, there are many women who convert because of boyfriends that, by American standards, seem like they are religious guys, but as she becomes genuinely interested in following the deen, she realizes this guy is barely practicing.  She may end up leaving him to find a practicing Muslim.  Pressuring a brother’s girlfriend to convert just to marry him is another situation that has huge potential to backfire on the convert. 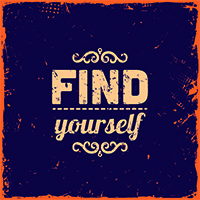 Focus on yourself and your personal/family issues first, and find good friends.  Besides just reading, go with a group of Muslimahs to conferences or classes in places other than the community you’ve converted in.  Yes there is the internet, but meet real people.  Just walking around an ISNA or ICNA conference can be an eye-opening experience for a convert, I know it was for me.  Just seeing all the different types of Muslims, seeing the different booths and spreads of books, can be a turning-point or “wow” moment, as is the exposure to different sheikhs and academics.  Find some good Muslim girls who are not groupies, hopefully a group that is a little diverse.  Find a shoulder to cry on or a convert support group.  It can be very hard to grapple with sexual desire, but try to get distracted with that new-Muslim “eman-rush” and some bachelorette friends.  Take some classes.  If you see someone you’re interested in, keep him in your little black book for now.

Olivia has been married for over a decade, homeschools, and writes. She graduated from Arees Institute with a Bachelor's in Islamic Sciences and is a Certified Screamfree leader (screamfree.com). Originally from Chicago, she's been Muslim for 14 years.