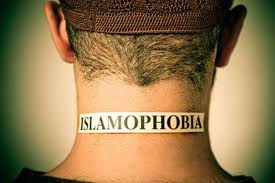 I was sitting in my office completing some work when one of my eleventh grade students rushed in. Her face beamed as she glanced at the iPod in her hand. “Do you have a minute?” she asked.

“Look.” Smiling broadly, she hurried to the side of my desk and turned her iPod to an angle that allowed me to see the screen more clearly. “I just saw the coolest da’wah video.”

“Really? MashaAllah,” I put down the notebook that was in my hand, my curiosity piqued.

Music played in the background, and the question was asked, “If you could tell non-Muslims one thing, what would it be?”

The clips that followed were of individual Muslims telling a bit about themselves:

I cheated my way through school.

My son thinks he was named after one of the prophets, but I really named him after a high school crush…

Clip after clip showed Muslims revealing things about themselves that they imagined would make them appear “cool” to non-Muslims, even things that were inappropriate or sinful…all in the name of da’wah—teaching non-Muslims about Islam.

I tried to maintain my smile, but when the video ended and my student asked me what I thought, I decided to politely tell her the truth…

I don’t remember the video verbatim, so I’m sure I might have mixed up a word or two in my recollection. But I remember its message quite vividly: Hey, non-Muslims! We’re pathetic just like you.

If I were non-Muslim, I would be offended. I can’t imagine being attracted to a religion whose adherents thought stupidity was impressive—and imagined that I’d be impressed.

My parents accepted Islam the year I was born, so I have siblings, cousins, aunts, and uncles who are non-Muslim Americans, and I can’t think of a single one of them (or any one of the dozens of non-Muslims I met in school and university) who would be even remotely moved by such a video, let alone impressed by it. These people are intelligent, critical thinkers who, like Muslims, want to live upstanding lives even as they inevitably fall short at times.

No, they don’t want a religion that asks for impeccable piety, but they surely don’t want one that scoffs at it either.

But even if they did, our job is to covey the truth of Islam, not to ensure non-Muslims think we’re “cool”.

Islamophobia, an Excuse to Sin

“What will non-Muslims think of us if we walk around in burqas and don’t even listen to music?”

It’s a question we’ve likely all heard…or asked at one point or another. If it isn’t burqas and the no-music lifestyle we’re afraid will “scare them away”, it’s praying in public, not getting drunk, and even having a “Muslim-sounding name”.

If I do that, then what will they think of us?

It’s become sort of cliché to ask Muslims to worry about how Allah will see us, as it often falls on deaf ears…probably because it isn’t “cool” to think about dying and meeting the Creator.

It is well-known that those who are most successful in teaching about Islam—to Muslims and non-Muslims—are those who do what’s “un-cool” (often referred to as “the right thing”), yet there exists a growing movement amongst Muslims to publicize and condone wrong in the name of making Islam look  “cool”.

Muslims who don’t pray, who drink alcohol, who have boyfriends or girlfriends, who “go clubbing”, who shun hijab, and who even commit adultery are standing in front of microphones and television cameras talking about their sins. Yet, the Prophet

“All of my Ummah will be fine except for those who commit sin openly, an example of which is a man who does something at night, and when morning comes and Allah has concealed his sin, he says, ‘O So-and-so, I did such and such yesterday.’ His Lord had covered his sin all night, but he has uncovered what Allah had concealed.”[1]

Often when those who publicize sin are asked why they’re uncovering their faults, they give an excuse similar to the message in the video: It makes Muslims look “normal”. It makes Muslims “more approachable.” [Or their favorite…] It will get rid of stereotypes about Islam.

But my hunch is that this is just the cover story.

Beneath this façade, I believe, is just the natural human tendency toward self-justification—that mental space we rush to when our ailing soul cries out for spiritual purification and we respond by gagging it…so we can continue the sin—because we want to.

But thank God for Islamophobia. Because it does make self-justification that much more justified.

Any Muslim with even a rudimentary knowledge of Islam knows that there is only one group of people responsible for the humiliated state of Muslims today: the Muslims themselves.

Yet continuously, Muslim groups, websites, and even social gatherings bemoan the “West” giving a “bad image” of Islam. And yes, it’s true; the West does do a pretty good job of painting Muslims in a bad light. But what of the bad light we’re painting of ourselves?

It’s a really comfortable space for us when we can sit back and cry over what others are doing to us. But it takes a bit of backbone to confront what we’re doing to ourselves.

Masajid and Muslim schools the world over are filled with nationalism, racism, and materialism—from the imam to the congregation. Yet, try to address these problems on any practical level, and you’ll likely find yourself ridiculed or ostracized from the community.

Like the Muslim who doesn’t pray or cover and brags about it on television, we’re quite content with our institutionalized discrimination. If someone calls our bluff, we accuse them of complaining too much, being a trouble-maker, or “playing the race card.” Yet we go home each night and discuss with our spouses, families, and friends our annoyance with Arabs, Pakistanis, Indians, Americans, and “Blacks.”

And when we face each other the next day, we put on fake smiles and discuss the “safe topic”—Islamophobia. Because somehow this “irrational fear of Islam” makes us feel safe.

And we love it.

[1]  A hadith collected by Bukhari

Related Topics:Anti-Muslim Bigotry
Up Next

Fiqh of Facebook: The Manners & Etiquettes of Social Media Interaction