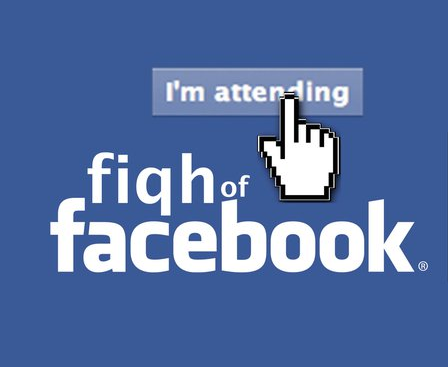 Lecture (Dars) by Ustadh Abdullah Hasan to the Young Muslims Organisation at the East London Mosque on 28/01/2011. Notes taken by Brother Muhammad AbdulHye

There is no doubt that social media has revolutionized online communication in the last few years. In just over a few years Facebook has become one of the most popular websites visited on the internet and today has more than 500 million members. If Facebook was a country, then it would have the 3rd largest population in the world.

Facebook is a social media application that allows people to communicate through leaving messages on their friends’ ‘wall’ or by subscribing to their status updates. It also has an instant messaging facility. Users can also subscribe to various different groups including official groups set up by celebrities, politicians, academic, corporations as well as groups representing different causes.

Facebook is seen as quite controversial today by some Muslims who see it as a platform for fitnah and as a result warn others not to use Facebook. There is some misconception surrounding this because Facebook is a communication tool which can be used in a good way or a bad way. This lecture (dars)  insha’Allah will help address some of these misconceptions, present some of the good and bad aspects of Facebook and also present some guidance with regards to how Facebook can be used to add value to a person’s time online or at least avoid the dangers of online communication.

Before we go into some of the details allow me to quote some important words to start you off thinking about this topic.

What is “Social”? Definition: of or relating to human society, the interaction of the individual and the group, or the welfare of human beings as members of society.

“The newest computer can merely compound, at speed, the oldest problem in the relations between human beings, and in the end the communicator will be confronted with the old problem, of what to say and how to say it.” ( Edward R. Murrow)

“A world community can exist only with world communication, which means something more than extensive short-wave facilities scattered about the globe. It means common understanding, a common tradition, common ideas, and common ideals.” (Robert M. Hutchins)

Remember these words as we go along, insha’Allah.

What can you do on social media websites such as Facebook?

Without doubt, there is much evil that takes place on Facebook. Some Muslims are interacting with members of the opposite sex. Parents who are normally worried about their children mixing with the wrong crowd on the streets are unfortunately unaware that this could also take place indoors in front of a computer. This ‘free-mixing’ which takes place on Facebook could be a path that leads to zina, something the Holy Quran has strongly warned people against. One particular feature, ‘poking’ the use of which is only to alert someone else that they have been ‘poked’ could be interpreted as if someone is being physically ‘nudged’ or ‘eyed-up’ – this frequently takes place between members of the opposite sex.

How can your Facebook page be optimised so it can be a productive tool and fitna-free?

If your Facebook is cluttered with too many people talking about useless things which have no benefit then you can simply hide all their posts so their posts won’t appear on your ‘wall’. However, they will still remain your friend and will be able to view your posts on their wall.

Summary of the Pros and cons of web based interaction:

The aforementioned points are not exhaustive at the least but these are some things that come to my mind now. Pray Allah accepts our efforts.

Related Topics:Facebookfitnahsocial media
Up Next

Why We Love Islamophobia