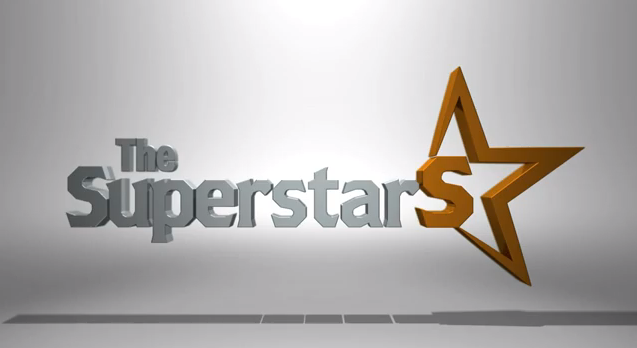 [The following is the transcript of the first installment of The Superstars Series. The transcript is slightly modified for the sake of readability and clarity.]

Al-salamu ‘alaykum wa rahmatullah.  This is your brother Omar Suleiman.  Welcome to the Superstars series.

Insha’Allah wa ta‘ala today we are going to start with the greatest human being that has ever walked the face of the earth that was not a prophet, and that is Abu Bakr al-Siddiq

, and that is by the testimony of the Prophet

himself.  You can look at Abu Bakr

and see that he was almost a copy of the Prophet

said about Abu Bakr, “If you think about something good, then Abu Bakr would have already done it.”

amazing is that he was al-Siddiq, the person whose truthfulness was testified to by the Prophet

.  By the testimony of the Prophet

, this was the greatest man.  Why?  Because whenever he said that he believed in the Prophet

, he meant it.  There was consistency not only between his words and reality but also between his actions and his words whenever he said he loves Allah and the Messenger

We can see when his friend the Prophet

comes to him and tells him, “By the way, I am a Messenger of Allah,” the same day Abu Bakr goes and brings some of the giants to Islam:  Talhah, al-Zubayr, ‘Uthman, ‘Abdul-Rahman b. ‘Awf – all of these great companions.  He accounts for over half of the ten promised Paradise who we are covering in this series.

.  This was the man who whenever the Prophet

was being beaten publicly, he went and defended the Prophet

although he was physically not that strong and was beaten to a point that he became unconscious.  Abu Bakr

was beaten so badly that whenever his own mother saw him, she could not recognize his face because of how swollen it was.  As soon as he wakes up, he doesn’t care about his own health.  He is not dazed and knows exactly what he is doing, and he knows exactly what his purpose in life is.  He says, “Where is Muhammad

?  I want to see the Prophet

.”  His mother wants to give him food, drink, and help him up so that he can start walking on his own.  He says, “I want to go to dar’l-Arqam.  I want to see the Prophet

to know that he is okay.”  SubhanAllah, look at that deep love he had for him.

was the one who went with the Prophet

on hijrah (migration).  I want you to think about this.  Rasulullah

comes to the house of Abu Bakr al-Siddiq

and decides that he wants Abu Bakr to accompany him on the hijrah.  Rasulullah

is not just Makkah’s most wanted in those days; Rasulullah

was the world’s most wanted and had a target on top of his head.  The Prophet

comes to the house of Abu Bakr

and says, “I want you to accompany me on this journey.”  This was not a journey where they would ride in a limousine and have body guards because he is the prophet of Allah.  This is a journey in which they were marked for death.  Abu Bakr

cried out of happiness.  Aisha

said, “I knew that some people could cry out of happiness, but I never really understood it until I saw my father on that day when Abu Bakr started to cry and grabbed the Prophet

and said, ‘I get to be your companion, Rasulullah?!’”  He was so happy that he got to be with the Prophet

Even in the hijrah when Abu Bakr

is with the Prophet

, imagine those moments in the cave together.  Imagine when they were all alone and shared what were supposed to be the most horrifying moments but at the same time were the best moments of Abu Bakr’s life.  Rasulullah

was sleeping, and Abu Bakr

sees a scorpion coming into the cave.  Abu Bakr

puts his foot on the hole of that cave and allows the scorpion to drive deeply into his foot and bite into his foot.  He did not want to wake up the Prophet

, so even with the scorpion biting into his foot, Abu Bakr

does not even shriek.  Rather, the tears falling down from his eyes fall on the Prophet

and they had nothing to drink for days, and finally Abu Bakr

are going to have a chance to drink some milk to satisfy their thirst and hunger, Abu Bakr said, “And so my beloved one drank until I became full.”  His thirst was quenched just by looking at the Prophet

so much that it transcended human norms, subhanAllah!  We even see an incident that took place.  It is a poem by Abu Bakr

in which he says about the Prophet

:  “My beloved on became sick, so I visited him.  So I became sick because I saw him sick.  Whenever Rasulullah

became better, my beloved one visited me because I was sick.  So I looked at the Prophet

healthy, so I too became healthy.”  SubhanAllah!  That’s how much he loved the Prophet

That’s why the Prophet

.  Even at the end of his life

, when he stood in the masjid to give one of his final speeches, and Abu Bakr

was going to die, Abu Bakr

said, “Close all the gates of all the other sahabah to the masjid except for the gate of Abu Bakr

.  I could never pay him back.”  SubhanAllah.

more than he loved his own self, so much so that when Abu Bakr

worked for so long to try to convert his father Abu Quhafa to Islam.  Abu Quhafa finally accepted Islam, and on what was supposed to be one of Abu Bakr’s most joyous days of his life started to cry.  They said, “Why are you crying?”  He said, “Because I remember my beloved one

when Abu Talib, his uncle, was passing away and how much the Prophet

wanted Abu Talib to be Muslim, but Abu Talib did not accept Islam, and Rasulullah

was so hurt because of that.  I wish that the Prophet

could live these moments instead of me.”

SubhanAllah, we see the love that Abu Bakr

had for the Prophet

was the true love we should have.  So I ask you:  how much do you love Muhammad

passed away at the same age that the Prophet

passed away.  He asked for his family to shroud him in the same clothes that the Prophet

was shrouded in.  It was destined that for the rest of the existence of this world, Abu Bakr

would be buried right next to the Prophet

and his head right next to the shoulder of the Prophet

as was always done in dunya.

This brings us to a beautiful hadeeth.  There was a person who wanted the companionship of the Prophet

in Jannah.  The Prophet

said, “What have you prepared?”  He said, “I haven’t prepared much salah or much siyam.  The only thing that I know that I’ve prepared is that I love you, ya Rasulullah.”  The Prophet

said, “You will be with the one whom you love.”

How much do you love the Messenger

?  How much do you love Allah?  Without that love, we will not be able to attain that lofty position in Jannat’l-Firdaws, the highest level of Paradise.

to grant us that quality of truthfulness when we say, “I love Allah, and I love Rasulullah

,” and to gather us with the Prophet

and his companions in the highest level of Jannat’l-Firdaws.  Allahumma ameen.  Jazakum Allahu khayran!

Fiqh of Facebook: The Manners & Etiquettes of Social Media Interaction