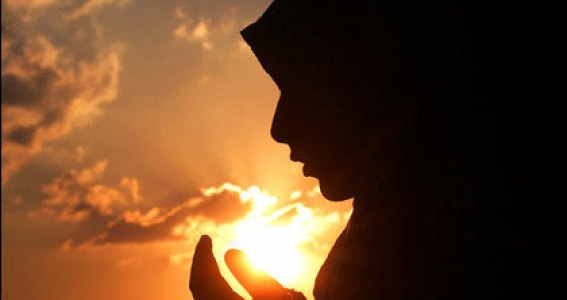 I took up the Ramadan challenge of covering 30 amazing stories of exceptional women in 30 days, initially with the aim of bringing to light the reverence accorded to women throughout Muslim history and the active roles they have played in all walks of life whether in families, militarily, politically or intellectually. From the first degree-giving university of the world’s founder Fatima Al-Fihri, to the market inspector appointed by Hazrat Umar Shifa bint Abdallah in each story, there was an emphasis on education and how it was the intellectual strength of each woman or the aspirations they have promoted in society that made them exceptional.
I was upset with the stereotyped media coverage of women in general and Muslim women or women and Islam and I wanted to challenge this projection. Little did I know that in this process, I will enter a self-training course learning aspects of my own religion and its true followers and really understanding the essence of the faith. In the last five stories of Ramadan, I wanted to cover a range of stories and women from across Muslim history.
Sumayyah:
The spirit of sacrifice that Allah intends to teach us with the gift of Ramadan annually, brought me to remember the first person who sacrificed her life for Islam. Sumayyah bint Khabbab, a woman, became the first martyr of Islam.  She was the mother of Hazrat Ammar ibn Yasir and the seventh person to enter Islam. She was the wife of Yasir bin Amir, who was martyred right after Sumayyah. The Prophet (pbuh) promised Paradise to the two for the persecution they faced for declaring Islam publicly. He (pbuh) prayed for the Yasir family saying, “Oh Allah, do not admit any one of the family of Yasir to Hellfire.”
Asma bint Abu Bakar
The same essence of sacrifice is exemplified throughout the life of Asma bint Abu Bakar, daughter of the first caliph of Islam. Known as the “possessor of two scarves,” Asma endangered her life when the Holy Prophet (pbuh) was migrating with Abu Bakar to Medina. She made two pieces of her scarf, one to deliver food and the other for water which she brought to them when they hid in the cave of Thawr for three nights on their way to Medina. The story of her life shows the sacrifices she made as a wife and as a mother when her son was matryred and crucified by the enemies.
Imam Abu Hanifa:
It is commonly said that the first school of learning for any child is her or his mother’s lap – the woman who goes through emotional, physical, psychological and every level of sacrifice in the love of her child. This is also the first place where a woman can nurture the growth of a strong, honest and brave child, whether son or daughter. It is important for me here to talk about the mother of a great scholar of Islam, Imam Abu Hanifa.
Abu Hanifa was immensely close to his mother, and his life shows no matter how great calibre one possesses, and what a strong position he or she maintains in society, the love and respect for a mother should never be compromised upon. Even when Imam Abu Hanifa had attained high scholarly intellect, his mother preferred to get religious responses from scholars she respected a lot. Imam Abu Hanifa would politely go to these scholars to fetch the responses he knew of very well, in obedience of his mother.
The ‘Amir of Kufa, Ibn Hubayra offered the Imam the post of judge which he did not accept and Yazid punished him by flogging him 110 times. When asked why he would go through this suffering, Imam Abu Hanifa said that it was not the lashes that caused him pain but the suffering it caused his mother that pained him more.
Teachers of Hazm Ad-Dhahree
For Hazm Ad-Dhahree of Cordoba, Spain – a prominent 11th century philosopher, litterateur, psychologist, historian, jurist and theologian, his earliest upbringing and education until he attained adulthood was in the harem of his palace at the hands of well-educated female slaves. His is only one story of where prominent scholars have had female teachers that they have looked up to throughout their lives. This was a time when all of Andulusia had highly educated female teachers and poets and female slaves who were grammarians, lexicographers, jurists had medical knowledge, had scholarly command over hadith and were learned in Qur’an and Arabic.
Bilquis Bano Edhi:

It is this cradle of first learning, the first home of nurturing and education that Bilquis Bano Edhiprovides to the thousands of abandoned children in Pakistan. A professionally trained health-service nurse, Bilquis Edhi took over her husband’s charity project of “jhoolas” in 1952. Literally translated into swings, these are swing bassinets placed outside each Edhi centre with the message in both English and Urdu saying “Do not kill, leave the baby in the cradle.” It can definitely be said that this alternative introduced by the Edhi foundation has reduced the number of babies left to die and the cradle concept is now a much-accepted and widely acknowledged alternative all over Pakistan.

Being the largest charity in Pakistan, Edhi Foundation runs the world’s largest radio-linked ambulance service, an adoption service, soup kitchens, shelter for women and children, old age home, rehabs and mental asylums etc. Coming from poor backgrounds themselves, Bilquis Edhi and her husband still live in a small two bedroom rented apartment which is part of their orphanage. Her husband has driven no car but an ambulance for the last six decades. Their lives too exemplify the gratitude in whatever Allah has given them, the will to change their society and the essence of sacrifice that Allah intends us to have.
In the Qur’an, Allahs states:
“Verily those who give sadaqah, men and women, and lend Allah a goodly loan, it shall be increased manifold, and theirs shall be an honourable good reward (Paradise)” [57:18].
To read more on each of these exceptional women, follow the links below:
Bilquis Bano Edhi
Teachers of Hazm al-Dhahree
Mother of Imam Abu Hanifa
Sumayyah bint Khabbab
Asma bint Abu Bakar