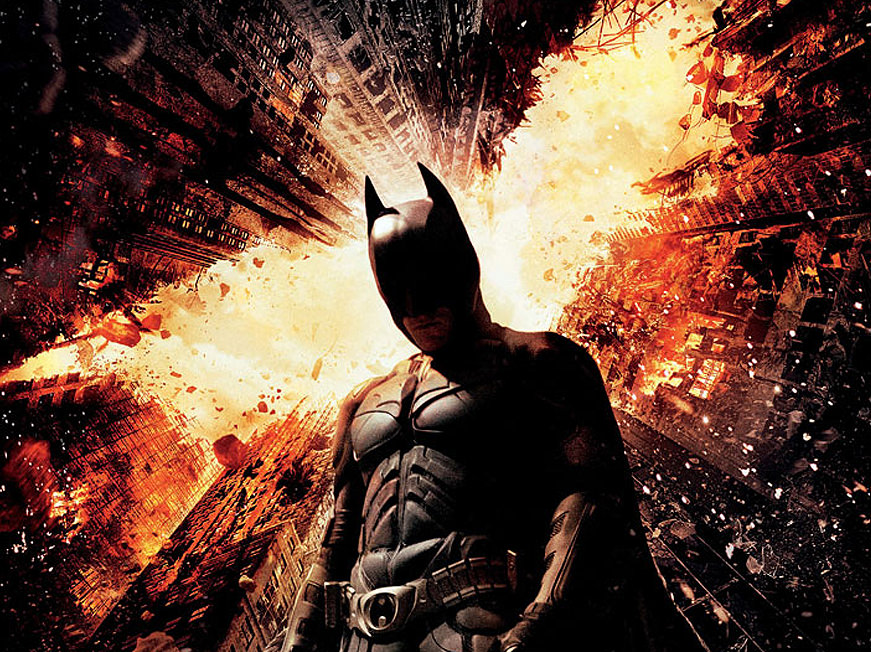 Admittedly, I haven’t seen any of the relevant “Dark Knight” Batman movies, so I don’t really have a dog in this fight. But it’s been an interesting fight nonetheless.

Should Muslims go see The Dark Knight Rises, the final Batman movie of the recent wildly popular trilogy, even though it opens right at the start of Ramadan? Or should they refrain from watching it altogether until after the month ends? Like most impassioned and useless debates, people whose opinions don’t matter have formed very strong arguments on both sides.

On one hand you have people who are huge fans of Batman that can’t envision not seeing it. It’s only a couple of hours, what’s the harm?

On the other hand, you have those urging people not to waste time watching movies. Every second in this 30 days is precious, don’t burn 3 hours at a movie.

As someone who doesn’t fall into either category, I simply want to offer some perspective on this issue.

The larger question is to address the purpose of Ramadan, and what one hopes to get out of the month. Both sides contain a certain level of inconsistency in their advocacy. Those who are in favor of watching it need to acknowledge that at its base level, spending time going to the movies and being in that environment does go against the spirit of Ramadan. And while some will argue over the halal/haram of the issue, the following question is sufficient: Is this the best use of time during this precious month where every second needs to be maximized?

At the same time, I feel there’s an unfair assumption being made. Those against seeing the movie use the time argument above, but without context. Someone can choose to not go see The Dark Knight Rises, but still engage in wasting massive amounts of time. There’s television, Netflix, YouTube, magazines, fiction books, the news (depending on which news you read), and, the big one, sports. What’s worse, watching The Dark Knight Rises, or compulsively checking ESPN.com every few hours for new articles on a daily basis?

And this is where we get back to the central question about Ramadan. Ramadan is not a 30 day vacuum. I don’t see the benefit in someone being “righteous” enough to not watch the movie during Ramadan, but as soon as Ramadan is over they go back to seeing a new movie every weekend. By the same token, I don’t see the validity in chastising someone because they think you shouldn’t see a movie.

Move past the movie question to the more fundamental question of why.  If you’re opposed to seeing it in Ramadan, WHY are you staying away from it?  What does it mean for you and your relationship with Allah? Is the why to maximize our Ramadan time for worship (time management)? Then what that means is that we can use this month as boot camp to cut down on those things outside the month and increase in worship more than last year. Is the why because what you’re watching/listening to/involved in intrinsically evil (sinning)? Then what that means is maybe we shouldn’t be doing that stuff at all, and we can use the month to purge it now and forever.

But if you can’t answer the ‘why’ behind following certain rules, then there’s a bigger problem under the surface.

If we feel that Ramadan is a vacuum and that certain things are somehow allowed only outside of it, what does that do to someone’s understanding and appreciation of the month? If anything, that just turns the supposedly holiest time of the year into a robotic lifestyle change that’s more of a 30 day chore than anything else. With such an understanding, is it any wonder then that we see little change in ourselves during the month?

But, instead, we understand that Ramadan is about a time of reflection for the sake of change, not just full of things that you *can’t* do, but that you DO do (extra worship) and don’t do (eat) in order to become a better servant of God, how much more does that play a role into improving one’s faith?

There’s an important question of why on the other side of this debate as well. Why is it that people get agitated when they’re told not to watch a movie during Ramadan? Why get defensive? If there is some guilt there, then you need to explore why that’s the case. If you’re comfortable with your decision to watch The Dark Knight Rises, then why is there such a need to go to great lengths to justify it to those around you? Instead of labeling others as being out of touch, or pretentious, or self-righteous, have good thoughts for those giving you advice the same way you want them to have good thoughts for you.

During Ramadan we push ourselves to the spiritual limit in 30 days. We do as much as we can, and we hope to maximize the time that we have. We read as much Qur’an as possible, make as much du‘ā’ as possible, and pray as many extra prayers as we can. One of the overlooked goals though, is that of creating sustainable habits during this month.

Let’s reframe the argument. Do you see a difference between: a) Not watching Dark Knight during Ramadan, and then watching it the day after Eid, and b) Not reading the Qur’an all year, but reading it twice during the 30 days and then closing it again?

If I know, for example, that I keep up with too many TV shows, then the point is not to go cold turkey in Ramadan and then go right back. It should be to scale down in such a way that I can keep myself at that level until the following Ramadan. If I know I’m not spending enough time reading Qur’an, then my goal is not necessarily to finish it 10 times and then shut the book. My personal goal would be to create a system of reading regularly such that I can continue it after the month is over.

Don’t confuse this with not being ambitious with your personal ‘ibādah. Do as much as you can, but remember that the change has to continue after the month is over.

Let those who are going to watch it go watch it. Let those who aren’t, leave it. Either way, it’s not something that needs to cause us to look down on other people. Unfortunately, the judgmental comments are plenty from both sides. Self-righteousness manifests itself both in “how dare you watch a movie during Ramadan” and “you extremists don’t understand how to have fun, it’s just a movie.”

Part of Ramadan is also getting back to the basics. Prayer. Qur’an. How about encouraging and helping each other to have a good Ramadan instead of drawing battle lines before the month even begins? If we’re going to do that, at least let it be over something worthwhile like the abhorrent, unsubstantiated, and illegitimate position of using calculations in place of moon-sighting.

Wherever There is a Wall of Separation, I Want to Tear it Down | Cross-Post and Commentary