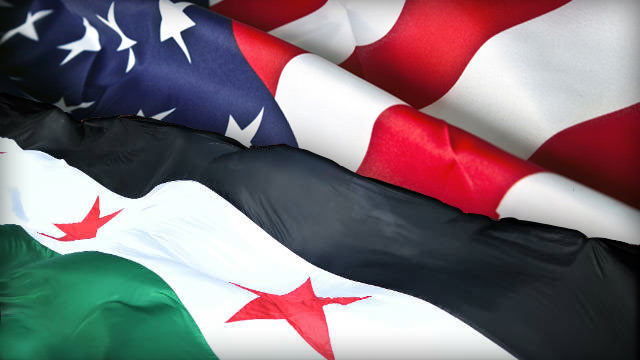 I am the daughter of a mother wanted for execution in Syria for simply owning a dream to think freely, and of a father who would not bow to the country’s criminal silence. They escaped in 1980, reunited inJordan, moved toIraq,United States,Canada, then once again back to the United States. They stamped each country with the birth of a child, clinging to their dream of returning to Syria. I was born  Montreal,Canada.

As a child, I was Syrian. But as a teenager, I was lost. In America, I wasn’t American. On my two visits toSyria, I wasn’t Syrian. I couldn’t own pride to a country that stripped my mother and father from the right to live or the right to return. I didn’t understand the fear, the silence, the poverty, or why my grandfather hung a two foot portrait of the President Hafez Assad right above his television. When my 13 year old cousin pointed his finger at me and accused his uncle, my father, for being too much of an arrogant doctor in America to even pay a small visit to his family in Syria, I opened my mouth to unleash my rage only to find my grandfather’s strong palm glue itself to my lips.

At 24, after I completed Graduate school, still without an identity or nationality to boast, I decided that I would embrace the identity of being an “American,” and accept my Syrian heritage as something that belonged to my parents, something of the past. I slowly erased that image from my memory.

After the revolution in Tunisia dominoed its way to Syria, and peaceful protesters were instantly captured, detained, and had their hearts foam out of their mouths, I didn’t understand why my mother and father were depriving themselves of sleep at night. I was offended that when I flew across the country to visit them over the holidays, they were not emotionally with me as we sipped our nightly tea. They were glued to their computer screen at home, signed into Skype, talking, arranging, organizing, doing anything and everything within their human power to help the people of Syria. They even traveled to Turkey and lived with 8,000 Syrian refugees in Antakya for one month as an in-house doctor and emotional supporter sleeping in their tents and using their overcrowded toilets.

For 10 months, I prayed for the dead, the detained, and the tortured. I followed the news for ten days then abandoned it for twenty. I wanted to put this past behind me. I wanted to convince myself that there was nothing more I could possibly do. But as the symphony of protesters grew louder and stronger, bouncing off high concrete walls, over a web of narrow ancient alleys every time a child was sniped, a woman beaten, and a man burned to death only after breaking his back and slicing off his fingers, my heart began to feel alive. I began to see a different purpose to this life. Was it simply to get an education, dine at fancy restaurants, travel, have children, and move into a large home while the blood of others gushed into rivers, or children die of starvation? Where were the Syrians finding the courage to persist? Where had their fear and silence gone? I no longer wanted to continue my perfectly played out movie, or worry about things that really didn’t matter.

My numbness to the image of tortured body after body after body for the past 10 months burst. I finally understood my parents’ overworking their mind, body, and heart. I understood how they went two days without feeding their stomachs because they had no time to stop. No interest.  They had no time to even grow hungry. My parents outran death, literally, when 40,000 others couldn’t.  For 26 years they told me and my siblings that this life was only a journey, and the purpose of that journey was to make it to heaven. “Never get too comfortable,” my father said. “Be the last to eat and the first to serve.” Just as my parents began to grow numb to the idea of ever returning to Syria, watching the last flicker of fire fade, a few boys in the villageof Daraare lit the match.

I am not the child who was brought to America to have a better life. I am not the Syrian daughter who came because her parents wanted to practice medicine and flourish financially. I am the child of a man who miraculously escaped in the trunk of a Beetle, and helped by a Lebanese priest flee the country. I am the daughter of a woman who was grabbed by her neighbor inches before entering into her apartment to warn her that the Syrian Secret Police were inside waiting for her. She watched her two roommates be hauled into Mukhabarat vehicles, then thrown into torture cells for nine years. I am the granddaughter of a man shot by the Mukhabarat, and later killed. I am the granddaughter of two women whose dying wishes were to see their daughter and their son in Syria, embrace their hand, and hold it against their own face while they ejected their last breath.

That is who I am. Only now am I learning to adopt and combine the qualities that make America so great, and the qualities that charge Syria with spirit. Only now do I realize that my lost identity, split into two countries, symbolize who I am. I know that I am proud to have grown up American and free, to have been educated, to ask questions, seek answers, sleep at night comfortably, proud to have a childhood. I am proud to see the men, women, and even boys and girls fight for freedom, fight for the silence of their parents and grandparents. I am proud to own Syrian blood. I am proud to stand up for truth and speak against injustice, something my parents were able to teach me because we were in America, and something I witnessed my Syrian brothers and sisters die for. I am proud to be Syrian-American and American-Syrian. And in the end, this life is really only a journey; and my journey is to hold my free mind in one hand and courage in the other, and live for something worth living for.

Related Topics:identitySyrian crisis
Up Next

Diaries of an Imam: Lost in Translation