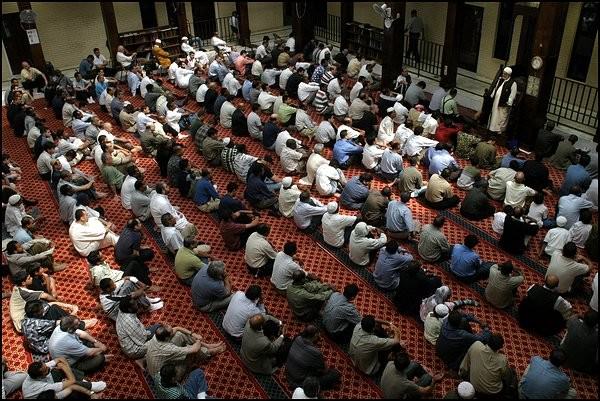 There are approximately 2,000 Mosques in the United Kingdom.  The overwhelming majority of mosques in UK have Imams who do not speak fluent English. Perhaps less than 10% of the Imams within the UK mosques were born and brought up in Britain. Therefore, in the vast majority of mosques in the UK, we have Imams who are not able to (as some have forwarded) meet the various needs of the groups of people within their communities, especially the younger generation of Muslims. The young generation of Muslims may speak and understand Urdu, Bengali, Somali etc, but they speak and think in the English language.

Although, the call from certain Muslim leaders in Britain is to ‘ban’ foreign Imams, it has come under resistance, I personally concur with it to a certain degree.  The youth in particular have been neglected by our mosques for far too long. Many do not even approach the mosques because they feel they cannot speak to the Imam. Even when some do conjure up the courage to approach the Imam and inform them about the problems they may be facing in their education establishments, family & social groups, drugs, girls, sex, political issues and radicalization, the Imam, in most cases, do not and are not able to provide appropriate answers and responses to their dilemmas. Who can blame the Imams; they were born and brought up in a completely different environment and culture. No matter how much one tries he will not be able to relate to their aspirations, fears, anxieties and concerns.

There are however an increasing number of young British born Imams who have studied in Islamic seminaries here in the UK and abroad and later pursue other secular studies to enhance their capacity to benefit their local communities and the wider community. The community needs to evaluate and think how they can be incorporated in the mosque’s establishments.

I am not suggesting that we ban all non-English speaking Imams. The mosque can employ someone who is competent in English language. I am aware of the fact that many mosques here in Britain do not have the sufficient resources to employ more than one Imam. This is another problem, which I will not delve into much at the moment. However, those mosques that are not able to employ young English-speaking Imams need to encourage the existing Imams to learn English language and acquire the knowledge of the society they live in. How can a person be in a position of leadership and live in a country for more than 20 years, and not be able to speak the language, this is beyond me! This shows the lack of vision some of these people have for the future generation of Muslims in this country and generally the West.

What is more worrying is that many people import their village and cultural polemics which has nothing to do with Islam or British Muslims. Much of the discourse amongst some circles is alien to British societies and Muslims who were born and educated here, especially the youth. This works as a tool of division more than anything else.

As an example, I have personally witnessed and have been informed by some people, that there is a touch of racism amongst some Imams (I pray this is not widespread). Most of the Imams in Britain are either from Bangladesh, Pakistan or India. Whether we like it or not, there are some anxieties between the older generation from the past and history between these countries. As people ‘celebrate’ 40 years of independence and remember the bloody and unislamic tragedy that took place between two Muslim nations, there are people complaining in London that the ‘Pakistani’ Imam looks down upon our Bangladeshi community, or this ‘Bangladeshi’ Imam looks down upon our Pakistani community.

Imams are supposed to be individuals whom the entire community follows, not just one section of the community. It is worrying that this is still a problem in the UK and in the 21st century. I do not think this is much of a problem among the younger generation. Yes, they do have other issues and concerns to tackle. I am not denying there will not be problems among the younger generation, there will be, but I am confident that they will be very easily resolved. One of the problems with some of the elder generation is that some of their cultural and unislamic attitudes are ingrained in their psyche; it will require a radical reform of change in their mind-set and norm values to change them. We ask God, Almighty, to join their hearts.

Another very important point is about relations with the wider community. The Qurʾān commands Imams to speak in the ‘language of the nation’, to invite and interact with the people in the country they work and live. Without knowing English language, understanding the society, its history and culture, a person is blind himself. How will he then be in a position to guide others?

I would not be too worried if some of the Imams (who may not have adequate level of skill in English language, etc.) carried out their duties appropriately. Unfortunately, some people have an incomplete understanding of what the role of an Imam should be. They believe that all that is required from an Imam’s position is to lead the daily congregational prayers, lead the Friday congregational prayer and deliver a sermon from reading an outdated book of sermons, issue some ta’weez (talisman) and teach the children Qurʾān, most of whom hate coming to the classes. You do not need to study for six to eight years in an Islamic institute or a seminary to carry out those tasks. Any non-specialist could be trained to do that! The community lacks basic knowledge of Islam and the Imams must try to facilitate the learning for them. I am aware that many times it is not the fault of the Imams; they are restricted by the mosque committees and cultural baggage. But that is another topic for discussion.

On a lighter note and to end this week’s segment, allow me to narrate to you what happened during a train journey some time ago. I used to commute to the mosque by the underground train to deliver the Friday sermon in Central London. It was near the time of Christmas and as usual all of London was buzzing with the Christmas fervor. I sat down in the train reading my book; opposite of me was a young, white English girl (around 4 years of age) with her mother. The young girl kept on looking at me and smiling. At first I did not pay much attention, but the girl kept on looking at me. Now I got a bit worried. “Did she think I am one of those ‘Moslem’ extremists the media always talks about?”, I asked myself. I continued to read my book as if nothing had happened. Then, all of a sudden, she pointed at me and said “look mum, it’s Daddy”. I was like ‘OK’. The mother explained to the girl that Daddy does not have a beard. After a few minutes the girl pointed at me and said “look mum, it’s Santa Claus”. I don’t know why she thought that; was it because of my beard? Or was it due to the fact that I was wearing a rust thawb that may have resembled the Santa Claus costume? The mother and I laughed and she explained to her that Santa Claus is much older and bigger.

This was first published on OnIslam.net.