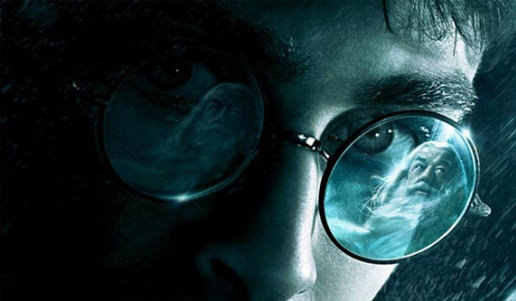 Perhaps you’ve tried to ignore it as I have. But you cannot.

Why? Because it’s everywhere.

No, it’s not the wildly fluctuating winter temperatures. It’s not the political wrangling in Washington. It is Harry Potter.

Last summer, the final installment in the Harry Potter movies came out. And this time, I learned to accept the fact that Harry Potter was going to be big no matter what. And whether I liked it or not, millions of young Muslims were going to watch the last movie in the series.

You’ve probably heard much of the same rhetoric I have over the past ten years. Ever since Harry Potter became an international phenomenon, Muslim parents, speakers, lecturers and imams have spoken out against the boy with the scar.

• “Magic and sorcery is becoming more accepted in today’s society.”

• “The devil is trying to influence your children to believe magic is okay.”

I’m not here to defend Harry Potter. There are some things about the series I don’t really care for either. Like the whole “Dumbledore is gay” thing.

Nonetheless, I believe there is good in everything. For instance, I’m not a fan of U.S. foreign policy. But there are many things I like about the United States.

With that in mind, I wanted to create a list of things we (people who have read or watched the series) can take from Harry Potter that might actually benefit us. InshaAllah, we’ll see that the boy with the scar can teach us something after all. 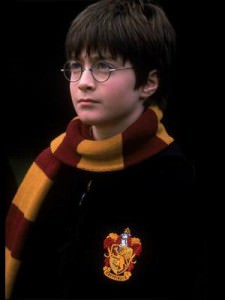 1. There’s Nothing Wrong With Mudbloods.

In the story, many of the pure blood wizards felt they were better than the mudbloods. In fact, the term mudblood is actually a derogatory term for Muggle-born wizards.

• Some pure-bloods hold a supremacist attitude towards mudbloods.

• Some pure-bloods refuse to marry mudbloods and look down on wizards who do.

• Some pure-bloods even treat mudbloods as second-class citizens.

Unfortunately, we have some of these same problems in the Muslim world. As an African-American son of Muslim converts, I’ve seen my fare share of “Pure-Blood Supremacy” amongst Muslims.

• Some Muslims who come from the Middle East or Indian subcontinent seem to think I’m ignorant about Islamic laws and  requirements.

• Some Muslims seem to think American Muslims have not memorized much Quran or learned the rules of Tajwid.

• Some Muslims refuse to let their children (especially their daughters) marry outside their race, nationality, or tribe.

One of the best lessons learned from Harry Potter is that it’s perfectly okay to be a Mudblood. Furthermore, a Mudblood is often just as good a wizard as a Pure-blood.

The same holds true for Muslims. An American-born Muslim may be just as knowledgeable about Islam, and just as good a Muslim as our foreign-born brethren.

Voldemort is the main antagonist in the series. He’s Harry Potter’s arch enemy.

Before the beginning of the series, Voldemort and several evil wizards stage a rebellion and take over the wizarding world. This resulted in the death of several wizards, including Harry Potter’s parents.

Eventually, Voldemort is defeated, order is restored, and things go back to normal. However, the legacy of Voldermort’s reign is so traumatic just about everyone is afraid to say his name.

Instead they refer to him using cryptic phrases such as “You-Know-Who” and “He-Who-Must-Not-Be-Named.” Only Harry Potter, who is initially ignorant of Voldemort’s evil deeds and Professor Dumbledore are brave enough to say his name.

Perhaps you’ve noticed some topics that are taboo in your Muslim community also. Sometimes, it seems like Muslim leaders and parents are afraid to talk about some of these sensitive subjects.

This list may differ based on your locality and community. But it’s still the same song. The people in positions of leadership don’t want to ruffle feathers and so they stay away from these serious topics.

3. You Can Influence the Sorting Hat

In the first Harry Potter novel, the new students at Hogwart School of Witchcraft and Wizardy go through a sorting procedure to see which house they will belong to. They take their turns under a talking hat that reads their mind and analyzes their character.

Based on this information, the Sorting Hat places them in one of four different houses within Hogwarts:

When it was Harry’s turn to go under the Sorting Hat, it wanted to place him in the Slytherin house. Based on Harry’s character and abilities, the Hat felt Harry would have been a great addition to that house.

But Harry did not want to go to Slytherin. Instead of giving in to the Sorting Hat, Harry resisted and insisted he belonged in the Gryffindor house. Eventually, the Sorting Hat gave Harry what he wanted, and sent him to Gryffindor.

What about your Sorting Hat? Are members of your family or your community trying to make you fit into a mold that you don’t belong?

Are they trying to make you marry someone you don’t want to marry?

I’m not at all suggesting that you rebel or disobey your parents. However, it is important that you make it clear what you want, especially if you have proof based on Islam. Let them know, in the most respectful way, that they shouldn’t push their dreams and desires on you.

Yes, you can influence the Sorting Hat.

4. You May Have to Join Dumbledore’s Army.

In the story, Harry’s friends realize the danger around them as Voldemort grows stronger throughout the series. They are upset there is no one to teach them how to defend themselves against their enemies.

Hermione, one of Harry’s closest friends, suggests that Harry teach them Defense Against the Dark Arts. Harry has had the most experience fighting against dark magic and agrees to secretly teach his friends what he knows.

This group of friends calls themselves “Dumbledore’s Army” after the Hogwarts headmaster. They play a critical role later in the series when Voldemort’s followers begin their assault.

Is it time for you to join Dumbledore’s Army? Are you ready to expand your knowledge of Islam, but there’s no one to teach you?

It may be time to go in search of this knowledge for yourself. With the vast possibilities of the internet, you can now get a very sound understanding of Islam without leaving your home, through online Islamic institutes.

Don’t wait for someone to start the class at your local Masjid. Be proactive. Go out there and get the knowledge you desire. 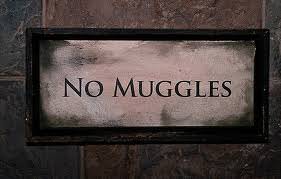 Three of the most unlikeable characters in the entire series are his Uncle Vernon, Aunt Petunia, and Cousin Dudley. They adopt Harry after the death of his parents before the start of the story.

But they are hardly the loving sort.

They mistreat Harry and hate all things magic and out of the ordinary. They are the epitome of Muggle boorishness.

They are straight-laced, uptight and arrogant.

But most of all, they are boring. And they want Harry to be the same. They hate the fact that he’s a wizard and they try their best to suppress his true identity.

Don’t be like the Dursleys. It’s okay to be different.

Being a Muslim in the West is not easy.

• You don’t celebrate the same holidays.

But Muggles are boring. And you’re not a Muggle.

Don’t be a Muggle.

And don’t be a wizard either.

Be the best Muslim you can be.