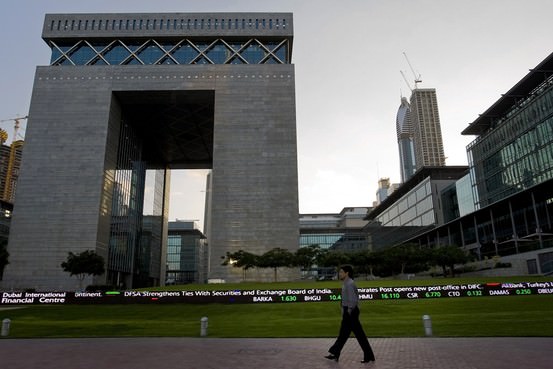 Cross-posted from The Wall Street Journal

A group of 16 banks resolved a quandary that has dogged the $1 trillion Islamic financing market for nearly three decades: how to represent rates on interbank funding when Islamic principles prohibit firms from charging interest. 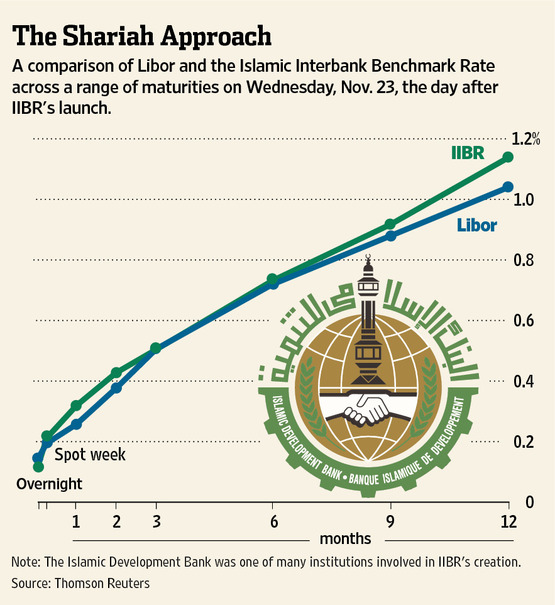 The banks—working with industry associations and data provider Thomson Reuters—created a reference rate called the Islamic Interbank Benchmark Rate, or IIBR, which was put into use for the first time Tuesday. The banks say the solution, which complies with Islamic moral codes, known as Shariah, lies in considering money flowing between banks as investments that depend on the performance of underlying assets, rather than as interest-bearing loans.

Scholars and bankers involved in the project say it is an industry milestone akin to the first globally issued Islamic corporate bond in 2001, or the first Islamic sovereign bond in 2002. They say the rate brings transparency to the Islamic financing process and could encourage broader use of Islamic banks.

“The establishment of the IIBR marks an important milestone in the maturation of Islamic money markets by providing an international reference rate for interbank transactions,” said Nasser Saidi, chairman of the Islamic Benchmark Committee and chief economist at the Dubai International Financial Centre, in a statement.

Islamic banks aren’t allowed to earn or pay interest, yet have been using an international interest-rate benchmark—the London interbank offered rate, or Libor—since 1986. While Libor isn’t compliant with Shariah, religious leaders permitted its use because there was no alternative benchmark based on socially ethical investing.

Rather than measuring interest on loans as Libor does, IIBR uses expected profits from short-term money and a forecasted return on the assets of the bank receiving funds. Both are considered investments rather than loans, and therefore interest-free.

Chief economist of the Dubai International Financial Centre, building above, calls the Shariah rate a ‘milestone’

Sheikh Yusuf Talal Delorenzo, chairman of Thomson Reuters’s Shariah committee, said the significance of IIBR is that it allows firms participating “to see the interbank market in their own terms.”

“Earnings are lawful,” he said. “What is unlawful is earnings from interest.”

Hassan Demirhan, director in the treasury department at the Islamic Development Bank, added that the introduction of an “indigenous Islamic benchmark” will prove to be a “major milestone in the growth and sustainability of the industry.”

IIBR on everything from overnight to one-year funding will be determined from rates the member banks contribute each day. The data will go through a type of cleaning called a “fixing,” where the top and bottom rates are removed and an average of the middle eight contributions is taken.

The results are blessed by a panel of Islamic banks and approved by a committee of Shariah scholars. Also involved in the launch were the Islamic Development Bank, the Accounting and Auditing Organization for Islamic Financial Institutions, the Bahrain Association of Banks and the Association of Islamic Banking Institutions Malaysia.

Such differences could encourage corporate borrowers to use Islamic banks when IIBR is lower than Libor, on the theory that banks could pass savings on to customers.

“It will facilitate liquidity into the Islamic banks,” said Rushdi Siddiqui, global head of Islamic finance at Thomson Reuters in New York, who helped launched the first Islamic equity index in 1999 for Dow Jones.

Islamic banks have attracted liquidity from outside investors interested in diversification, said Mr. Siddiqui, and this will provide those funding sources with “a transparent, visible benchmark” that will encourage increased funding flows, helping to finance a wave of infrastructure projects in the region.

The development of a Shariah-compliant benchmark rate also comes amid regulatory investigations into the way the Libor rate is fixed by investment banks. Regulators have opted not to specifically endorse IIBR over other benchmarks, preferring to remain neutral, but they are aware of its creation and have supported it.

Write to Katy Burne at katy.burne@dowjones.com

Make the Most of Unemployment: Learn, Adapt, Improve

Being A Stay-At-Home Dad – A Muslim Perspective