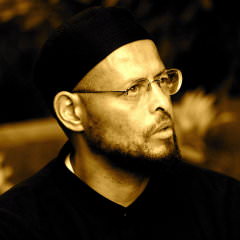 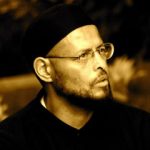 Recent developments have forced me to put some things on hold to write you this letter. You might ask how I know you. I have met you at student events, in mosques, and at conferences. I have listened to your arguments and I have made my counter arguments. Often times, my arguments have been somewhat formal. I figured I would write you a letter, since that is a lot more personal and less formal. Perhaps this way you will be more inclined to listen.

To begin with, whenever you are criticized for your bloody, anarchistic ideology, you point to the bloody abuses of the American war machine or their Zionist accomplices. This diversionary tactic on your part does not impress serious and thoughtful people. It is simply an abdication of your moral responsibility. It is as if you are saying you reserve the right to violate established Islamic principles, such as those guaranteeing the protection of innocent life, because the American military or the IDF do no respect innocent Muslim life. That would be a credible argument if the American military or the IDF claimed to be operating on the basis of Islamic principles. They don’t, but you do. I hope, without further elaboration, you can immediately sense the moral dilemma you are creating for yourself.

Along those lines, please allow me to remind you of something else. Your misguided attempts to kill and maim innocent Americans only make it easier for the American military to kill more Muslims with greater impunity. Your actions help to create a political climate that removes any moral restraint from the actions of the American military, the IDF and soon the forces of India’s increasingly Hindu nationalist armed forces. You see, fear is a very potent emotion and when it is carefully manipulated it can lead to very irrational politics. That most extreme form of those politics is called genocide.

Fear can be especially dangerous when it is combined with another emotion, insecurity. You are so divorced from reality that you probably haven’t noticed that a lot of Americans are extremely insecure right now. Especially, the white middle class or what is left of it. They don’t know if they will soon lose their homes, if they will have a job tomorrow, if their money will be in the bank next week, if they will be able to send their children to college or if their retirement funds will be stolen or totally devalued. Those insecurities combined with the spectre of the ‘Muslim terrorist next door’ are a lethal combination that a group of people called demagogues is exploiting to justify an all out war on Muslims.

Those demagogues use the fear of you to prevent people from building the kind of grassroots, popular, movements that are necessary to challenge the corporate rape of our society and from challenging the destructive logic of permanent war. For example, remember the growing movement to challenge the new invasive TSA screening procedures at airports? Did you notice how it disappeared after the would-be mujahid in Portland allowed himself to be trapped into the scheme to blow up the Christmas tree ceremony? Do you think the timing was accidental? It is a shame that you and your ilk are so mindlessly complicit in such schemes.

Now you think the mujahideen can win an all out war against the Americans. Look at what the mujahideen are doing to them in Afghanistan. Sorry, but Afghanistan is not what all out war looks like. I’ll give you a clue what all out war looks like. Remember a couple years ago when the Israelis were bombarding the Gaza Strip and the Palestinian Muslims, for all of their courage, couldn’t do anything except appeal to outside powers to stop the carnage? Or a few years before that when Jenin was flattened? Think of the scale of that devastation expanded to encompass all of the major cities of the Muslim world. Imagine America unleashing a new generation of ‘tactical’ nuclear weapons being designed to be used specifically against Muslims targets raining down on Muslim capitals and there is no Muslim strategic deterrent available to stop it. AK-47s and RPGs will be of no avail. Imagine the calls to human rights organizations to stop the slaughter finding no ears to hear them because the neo-fascist forces your stupidity has helped to unleash have swept those organizations away in its maddening torrent.

I applaud your courage, but how it manifests itself puzzles me. You have the courage to fly halfway around to world to engage in an armed struggle, but you do not have the courage to knock on your neighbor’s door to explain Islam to him or to give him your take on world affairs. I am also baffled at how you can smile in his face, but are ready to blow him up if he happens to be at the wrong place at the wrong time. What calculus do you use to assume he would not be amenable to your message? What has he done to you to be the target of your bloodlust?

Did I say that? To join a battle you do not even know who the commander is. No! I didn’t say that. Do you think that if the FBI can send fake mujahids into mosques all around America to find confused, vulnerable Muslims, develop fake bomb plots, with fake bombs, for very real political objectives, the CIA couldn’t do the same thing abroad? No, wait a minute. Didn’t the CIA build the Afghan mujahideen network? Didn’t what’s his name, Zbigniew Brzezinski, describe the Afghan operation as the CIA’s finest hour?

They would never use fake mujahids, operating through fake websites, to recruit confused and desperate Muslim youth to engage in operations that keep the climate of fear alive, would they? They wouldn’t do that to keep support for bloodsucking, treasury-draining wars alive at a time when there is no money for the poor, the elderly, health-care, education, infrastructure or investment in the green economy. No! It’s preposterous. Those would be psychological operations (psych ops) and that would be cheating. America never cheats, we’re the good guys!

I apologize, I’m tripping. On a serious note, I hope you don’t one day end up feeling as stupid and abused as young Antonio Martinez or Mahomed Osman Mohamud, the Somali kid in Oregon, are probably feeling right now. They have been tricked, deceived, used, and abused by fake mujahids and then thrown in a dungeon to rot for the rest of their lives. Do you think your fate will be any different? Don’t be a fool.

Ali Shehata | On American Foreign Policy and Answering the “What Can We Do?” Question