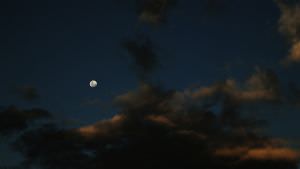 “For twenty years I waged Jihad against myself.  I struggled, all throughout to remain standing in prayer at night.  For those twenty years I never tasted the sweetness of the night prayer.  It was only after that that I found comfort and sweetness.”

These are the words of one of the greatest scholars of the early generation.  Al-Imam Sufyaan ath-Thawri (161 H) is known as one of the Eight Ascetics of his age.  He was, rahimahullah, ‘aabid – a worshipper.

Twenty years of Jihad by night.  No sweetness was experienced by ath-Thawri (rahimahullah) for twenty years?

Nevertheless he kept the course with unwavering inspirational sabr.  He struggled in fear, campaigned in love, and toiled in hope of Allah.

He would later comment that a sin he committed kept him from the night prayers for five months.

It is a reality that for many the thought of prayer, obligatory not voluntary, results in sluggishness of form and drowsiness in invocation.

We attempt remembrance, but do we?

Twenty years of Jihad – Jaahatu Nafsi the Imam said.  Twenty years of difficulty and comfort, prosperity and adversity, happiness and sorrow, wealth and poverty, fear and security, births and deaths, love and animosity.  Constancy in worship throughout all the conditions and experiences of life is unique.

Allah describes the animosity that a believer has for the comfort of their soft bedding.  In Surat as-Sajdah (32:16-17):

Usually the verse is translated as

“Their sides Jafaa (forsake) their beds, to invoke their Lord in fear and hope, and they spend (charity in Allah’s Cause) out of what We have bestowed on them.  No person knows what is kept hidden for them of joy as a reward for what they used to do.”

In fact the word Jafaa is much more contemptuous.  Allah describes the physical being of a believer as despising their bed and the comfort it invites.

Ash-Shafi’ee (rahimahullah) would touch his bed and say, “May you be destroyed. You are ever so soft and inviting.”

Abu Hanifa (rahimahullah) was asked how often he recites the Quran in its entirety. He asks in response, “Do you mean during the day or by night? During the night, the questioner inquired.  The Imam asked, “Do you mean while in Tahajjud or out of prayer?”

Our audacity, at times, tempts us to feel content with our current level of devotion and ‘Ibadah.  The internet becomes our dawa, the masjid our hangout, the brothers – da brothas.  Our ‘Ibadah is weak but our talk is uninhibited. Our dreary lives, jobs, lack of jobs, idle free time and stress cause us to have grandiose self assessments and an over estimation of our true nearness to the Divine.  The response within us reflectively is dismissive in its oversimplification.

“That was then, this is now. That is al-Imam Sufyan and I am merely Yahya.”

So we fail to change or improve.  We look for quick fix solutions to problems in our life that are spiritual ailments that require a rejuvenation of Faith.

Once upon a time, ten years or more ago, I was as asleep in a hotel room thinking I was alone.  Little did I know that my teacher Shaykh Mohammed Safwat Nooredeen (rahimahullah) arrived in the middle of the night to take possession of HIS room wherein I was asleep due to a scarcity of rooms in the hotel which was attached to a conference I was translating for.  No one informed me that it wasn’t actually my room, and that they just put me in it knowing that I was his student and we’d make do whenever he finally arrived.  There I was, snoring away.

At first I was scared hearing what sounded to me like soft huffs and puffs.  I recited Ayatul Kursi.  A soft whine and moan ensued.  Someone or something was crying.

I sat up and looked around while fumbling for the lamp switch at the same time trying to grab my glasses; All the while reading Ayatul Kursi. Heart beat off the chart and I am ready to swing.

Prostrate in the corner of the room where the door is, out of my view was my Shaykh praying his night prayer.  He arrived, ate an apple, made his ablution and did what came natural. He prayed and bowed. He stood and prostrated.

At first I thought that this was because of restlessness and inability to sleep due to the time change.  But I knew his ‘Ibadah was solid, outwardly is what I am witness to, and inwardly Allah grants the reward.

I made wudu and joined him. He informed me in the morning of the words of ath-Thawri. He was so polite in his advice. Don’t snore away your night was the accusation. Even if you don’t relish the worship, remember ath-Thawri.  Allah have mercy on our scholars and students.

Ath-Thawri also said, “I was barred from praying Tahajjud for 5 months on account of a sin I committed.”

Some said to Ibn Mas`ood, may Allah be pleased with him, “We are unable to perform the night prayer.” He responded simply, “Your sins are prohibiting you (from it).”

Allah orders the Messenger early on in the mission of conveying Islam to humanity:

“O you who wraps himself [in clothing], arise [to pray] the night, except for a little – half of it – or subtract from it a little or add to it, and recite the Quran with measured recitation.”[Quran 73: 1-4]

Half the night!? For real?

My aim is not to dazzle myself and you with verses and hadeeth extolling virtue upon those who stand in prayer at night.  It is simply to ask, “Why is it so hard for me?”

So I write to you to remind myself.

I want to pray more than I do, more often than I do, in a more tranquil way than I do, for longer and humbler than I do.

I want us to be from those who sleep little at night but find energy and Baraka in their day. I want to greet the dawn each and every morning having made my Jihad by night. I want to find comfort and ease in that ‘Ibadah that is the hallmark of righteousness.

“Indeed, the righteous will be among gardens and springs, accepting what their Lord has given them. Indeed, they were before that doers of good. They used to sleep but little of the night, and in the hours before dawn they would ask forgiveness.” [Quran 51: 15-18]

“Is one who is devoutly obedient during periods of the night, prostrating and standing [in prayer], fearing the Hereafter and hoping for the mercy of his Lord, [like one who does not]? Say, “Are those who know equal to those who do not know?” Only they will remember [who are] people of understanding.”[Quran 39: 9]

I want my wife to hose me down with water, or maybe just a sprinkle as the Prophet (sal Allahu alayhi wa sallam) said.

Al-Hasan al Basri (another of the Eight Ascetics) was asked: “We are unable to perform the night prayer so prescribe us a cure.” He said, “Do not disobey Him during the day and He will help you stand before Him during the night.”

Oh Allah! Help me to remember you, thank you, and be better in my worship.

Oh Allah! Help me to wake up in your worship and to be consistent in it.

Oh Allah! Allow us to worship you as you deserve to be worshipped.

Oh Allah! Grant us patience in your worship.

I ask you my brother and sister to ask Allah to help me and my family worship Allah when others are oblivious in slumber.

Reflections from Mecca (Makkah) and Madinah on my Umrah Trip

Lessons in Staying Behind – Part 1: “I Wish I had Done So”