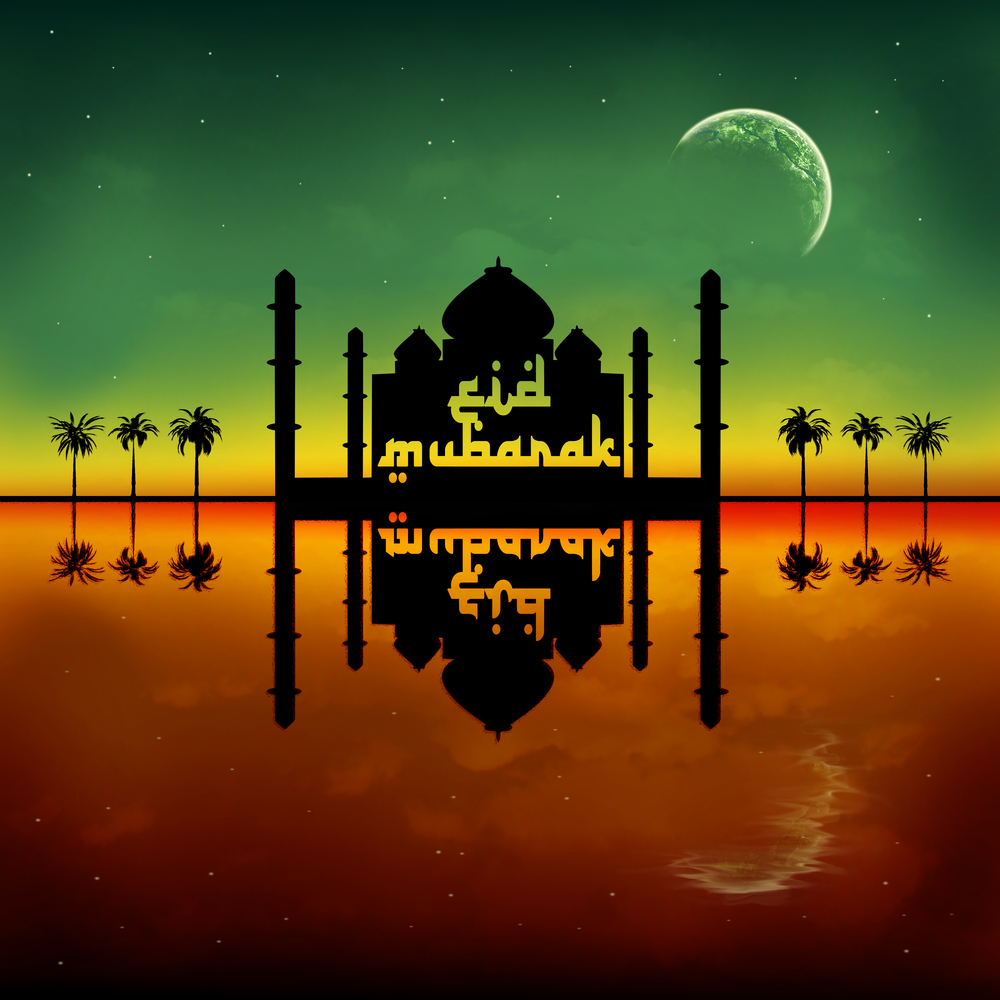 Muslim jurists differed on this issue and have four opinions:

Jumu’ah salat is still obligatory and has to be performed on time, whether one performs Eid salat or not. And this applies for both the Imam and the congregation.

This is the position of the Hanafi, Maliki and Dhahiri schools. Ibn Qudamah in his book al-Mughni attributed this opinion to the majority of the Fuqhaa’ and Muslim Jurists.

Their evidence, according to Ibn Rushd in Bidayatul Mujtahidâ is the default ruling of Jumu’ah salat as was derived from the ayah in surat al-Jumu’ah:

“O ye who believe! When the call is proclaimed to prayer on Friday (the Day of Assembly), hasten earnestly to the Remembrance of Allah, and leave off business (and traffic): That is best for you if ye but knew…” 62:9

The binding ruling of Jumu\’ah salat was also clearly established by the many ahadith in Bukhari, Muslim and other collections of hadith, and this cannot be out ruled even if Eid falls on Friday.

Jumu’ah salat is also as obligatory as Eid salat, and performing one of them does not substitute for the other. Imam Ibn Hazam rahimahullah in his book al-Muhallaa said: “And if Eid and Falls on Friday, one should pray Eid first and then Jumu’ah. This is a must, and there is no reliable evidence to prove otherwise”. He then said: “Jumu’ah is Fard and Eid is supererogatory, and the supererogatory act does not override the Fard.”

Moreover, the scenario of Eid and Jumu\’ah is similar to Eid and Dhuhr salat in any other day besides Friday. Therefore, if dhuhr is required on Eid day, then Jumu\’ah which is the Fard of Friday is also required and remains obligatory.

Jumu’ah is still obligatory on the residents of towns and cities and those who live near (a reasonable distance) from the Masjid. As for the commuters and people who reside far from the Masjid, they are then, if attended Eid salat, exempt from coming back for Jumu\’ah salat. The Imam, however, is still obligated to perform Jumu\’ah.

This is the opinion of Imam ash-Shafi’ ee rahimahullah, and Imam an-Nawawi in his Majmou’ attributed it to the majority of Muslim scholars.

His evidence is the narration of Abi Ubaid, as reported in Muwatta’ Imam Malik, who said: I prayed Eid salat with Uthman ibn Affan one time. He first started with salat, and then delivered the khutbah in which he said: “This day you have two Eids coming in one day, so for the people who came form al-Awaali -the suburbs and outskirts of Madinah- whoever wishes to stay for Jumu’ah, let them stay. And whoever wishes to return home, they can leave. They have my permission.” Imam an-Nawawi rahimahullah attributed it to Bukhari, and it is indeed in Bukhari in the “Book of al-Adhaahi” or qurbani’s and sacrifices, chapter 16: What is permissible to consume from the adhaahi and what is permissible to keep?, and hadith number is 5572. (Fathul Bari’s copy)

Imam ash-Shirazi rahimahullah said: “and the people are excused from attending Jumu’ah salat in general due to extreme hardship, and requiring people (of the suburbs) to return back for Jumu’ah after they have attended Eid salat would inflict a great hardship on them.”

Whoever attends Eid salat is pardoned from attending Jumu’ah regardless of his place of residence, for both the Imam and the congregation. The Imam however, should still offer Jumu\’ah for those who wish to attend it and perform it for those who missed Eid salat.

Dhuhr salat, in this case, should still be performed in place of Jumu’ah. This opinion, due to its clear textual evidences, is the strongest opinion of all.

It is the opinion of Imam Ahamd rahimahullah, and is the preference of shaykhul Islam Ibn Taymiyyah who attributed it to a group of the companions such as Omar, Uthman, Ibn Masoud, Ibn Abbas and others, and then said: “and there is no knowledge of any disagreement among them on this.” It is also the opinion of many of the scholars of hadith.

The evidence for this is hadith Zaid ibn Arqam who said: The Prophet prayed the Eid salat on a Friday and granted a permission regarding the praying of Jumu’ah salat and said: “If anyone wants to pray it, he may pray.” Reported by Imam Ahmad and in the books of Sunan except for at-Tirmidhi. And was ruled Sahih by Ibn Khuzayma.

In the Sunan of Abu Dawood, Abu Hurayrah narrated, the Messenger of Allah said: â€œIn this day you have two Eids, and for whomever wishes (Eid salat) will suffice him (form attending Jumu’ah) and we shall still be prying Jumu’ah.”

Shaykhul Islam Ibn Taymiyyah rahimahullah adds: “Moreover, if someone attends Eid salat, he had already obtained the objective of the congregation (on Friday), so he prays Dhuhr if he did not attend Jumu’ah salat, dhuhr salat will remain on time and Eid salat achieves for him the purpose of Jumu’ah congregation. Keeping the obligation of Jumu’ah (binding)on people will definitely cause hardship for them, and would ruin the purpose of Eid, and the reason it was prescribed for to show joy and happiness. Hence, if people were held back from enjoying their time ( in order to attend Jumu\’ah salat) Eid will cause an adverse result and negates its purpose.”

Whoever attends Eid salat is pardoned and does not have to attend any salat after that until Asr salat, i.e. both Jumu\’ah and Dhuhr will no longer be required.

This is the opinion of Ata’ ibn Abi Rabah and from the companions Ibn az-Zubair. It was also reported as one opinion of Imam Ahmad.

Abdullah ibn az-Zubair radiyallahu anahu once said: “Two Eids (Eid Day and Friday)came on one Day, so he prayed two Rak’ah early in the morning and did not add anything to after that until Asr.” Ata’ reported this to Ibn Abbas when he was in Taif, and to this he replied: “The followed the Sunnah”, reported by Abu Dawood.

In refuting this final opinion, Imam al-Khattabi rahimahullah said: “This -the act of Ibn az-Zubair- could not be understood except in the context of the opinion of those who permit performing Jumu’ah prior to the time of zawal (the beginning of the time of dhuhr when the sun starts moving out of the zenith), hence Ibn az-Zubair would have prayed Jumu’ah in place of Eid and dhuhr.”

In addition to that, Ata’ who reported the incident of ibn az-Zubair also said: “On Jumu’ah time we gathered for salat but he (Ibn az-Zubair) did not come out (to lead us)so we prayed individually.” This means that they prayed dhuhr, and there is a possibility that Ibn az-Zubair did pray dhuhr in his house as well.