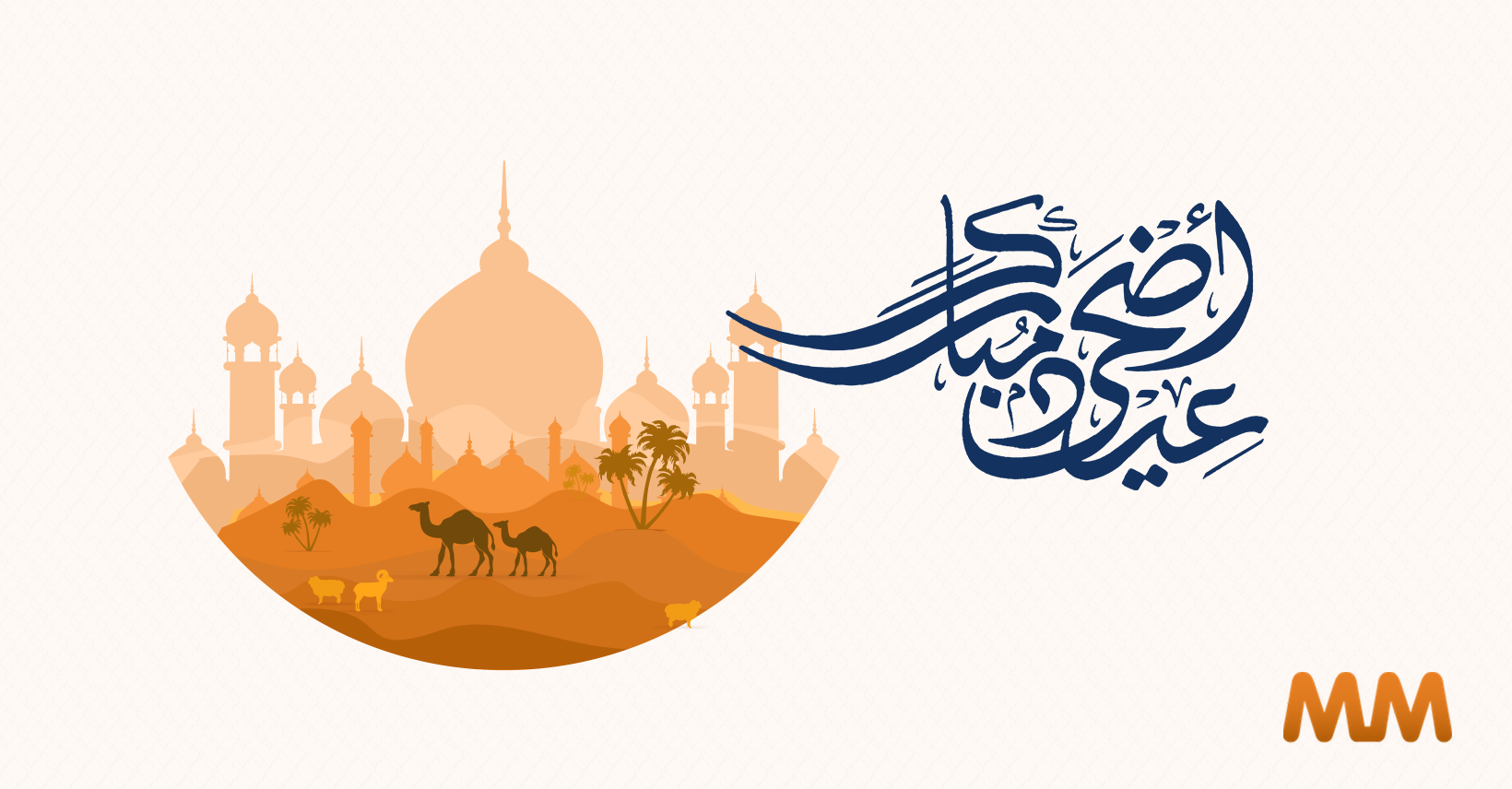 A very happy Eid to all of our readers! We pray that Allah

has blessed us all immensely, forgiven our sins, and accepted our deeds this past Dhul-Hijjah, ameen! Here is an Eid gift from MuslimMatters to you–an excerpt from Shaykh Mohammad Elshinawy’s book When the Stars Prostrated: Meditations on Surat Yusuf. We hope you enjoy this excerpt that covers verses 32-35. You can purchase the book here. 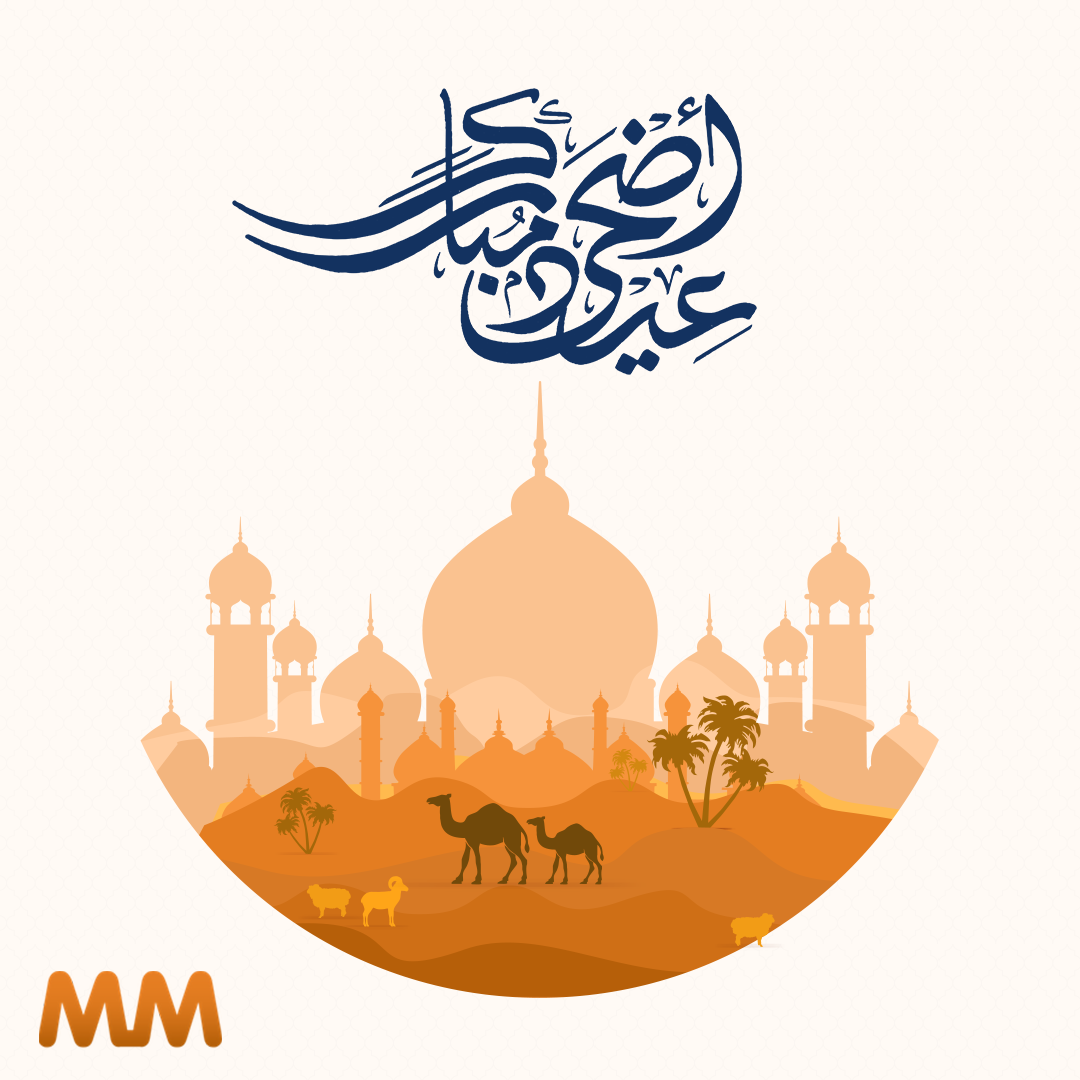 She said, “’That is the one about whom you blamed me. And I certainly sought to seduce him, but he firmly refused; and if he will not do what I order him, he will surely be imprisoned and will be of those debased.” [Surah Yusuf: 12;32]

💭  One glance at Yūsuf

and these women were instantly hypnotized by his beauty. They must have wondered how this woman they mocked could survive in his presence day and night. Still, they remained unsympathetic towards her, as much as they were envious of her and wished they had her opportunity. Thus is the atmosphere of the corrupt social circle, they do not blame one another for sinning, only for not getting away with sinning. May we find the strength to live this brief life alone if such friends are the only alternative.

“He will surely be imprisoned and will be of those debased.”

💭 It is nearly impossible to appreciate this in English, but there is a subtle nuance here regarding her two threats. She warned him of two consequences, but Allah

retold them in the Qur’an with the additional nūn (ن) of emphasis on imprisonment (لَيُسْجَنَنَّ) and without it on being debased (لَيَكُونًا). This differentiation serves the function of agreeing that he may in fact be imprisoned, while refuting the claim that he will ever be debased. In every era, we find oppressors who wrongly assume that by imprisoning their victims, they can effectively humiliate them. This verse reminds us that those dear to Allah

are never humiliated, regardless of what they experience. As the Prophet ﷺ said in his famous qunūt supplication, “Nobody debases those You support.”1Musnad Ahmad So whenever a believer is jailed, tortured, strip-searched, mocked, or abused for the sake of Allah

, these are all in truth means of honoring him, even if the dim-hearted cannot realize that.2Inspired by Abu Bakr Zoud

He said, “My Lord, prison is more to my liking than that which they are inviting me to. And if You do not avert from me their plan, I might incline toward them and [thus] be of the ignorant.” [Surah Yusuf: 12;33]

“Prison is more to my liking.”

💭 Never let yourself get locked in a friendship with indecent people, no matter how wealthy, funny, or helpful they may seem. Always remember how Yūsuf

understood here what every believer should: a tight, dark, dangerous prison offers greater freedom than a spacious mansion filled with wicked people who sever your connection with Allah

. Ibn Taymīyah entered prison seven times, and ultimately died therein, and would say, “The real prisoner is the one whose heart is locked away from its Lord, the Most High, and the real captive is the one held captive by his desires.” The Prophet ﷺ said that one of the three qualities that lead to experiencing the sweetness of faith … is “that he despises falling into disbelief, after being rescued by Allah

from it, just as he would despise being thrown into a fire.”3Sahih al-Bukhari

“…that which they are inviting me to.”

. The first: “they” are chasing him now, not just the wife of al-‘Azīz, if not directly harassing him at least harassing him to obey her. The second is that they are “inviting” him, in the ongoing tense which means it did not end with the earlier incident in her chamber. As I look around at the media which sexualizes our youth, and even children, at every turn, this sūrah declares that when faith is nurtured, it can take on the world and not be broken. 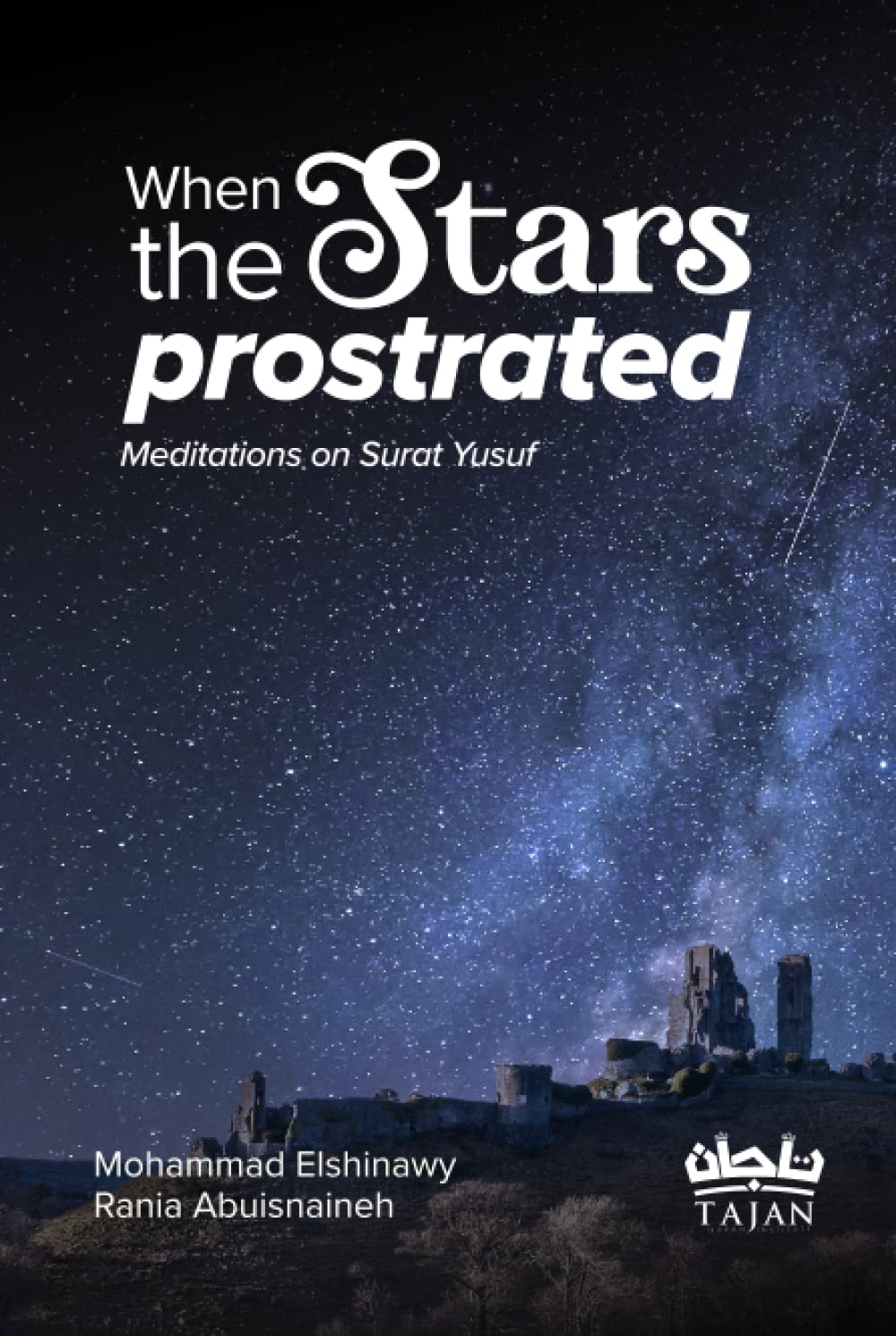 say “that which they are inviting me to” and not simply call it fornication? It was as if he could not utter the word, which indicates that when the heart is pure, the tongue struggles to speak of obscenity. The Prophet ﷺ said, “Ḥayā’ (modest shame) and speechlessness are two branches of faith, and vulgarity and eloquence are two branches of hypocrisy.”4Sunan al-Tirmidhi Since the Prophet ﷺ was the most eloquent speaker, and praised others for being articulate, this must mean that it is sometimes the strength of faith that disables one’s tongue from speaking insolently without hesitation, and a diseased heart that enables one to saliently string together lies or engage in lewdness without stuttering.

“And if You do not avert from me their plan, I might incline toward them.”

💭 Never rely on anyone, not even your own strength or smarts, to outlast the storm. Confess your inability to Him as you continue to engage reality, internally recognizing that “the example of those who take allies other than Allah

is like that of the spider who takes a home. And indeed, the weakest of homes is the home of the spider, if they only knew” [29:41]. The spider’s web is a pathetic shelter on the brink of collapsing when nudged by the wind or almost any object. The entire creation is similarly vulnerable in the face of every event, whether we perceive it or not, while Allah

is al-Ṣamad – the unshakeable who remains so on the most turbulent days.

💭 Qatādah (raḥimahullāh) said, “The Prophet’s ﷺ Companions all agree that whoever disobeys Allah

is ignorant.” What is meant by this is so powerful. Ignorance is of two types: the first is unawareness of what you are doing or its incorrectness. This type is excusable for those who exerted their best effort to find out right from wrong. The second type is ignorance of Allah

, meaning not acknowledging His greatness. This heedless state constitutes an even greater ignorance, and is certainly punishable.

“So his Lord responded to him and averted from him their plan. Indeed, He is the Hearing, the Knowing.” [Surah Yusuf: 12;34]

“responded,” but when did Yūsuf

make the request? The Qur’an and Sunnah teach us many duā’ that are not phrased as requests, because praising Allah

is one of the ways to ask Him. The Prophet ﷺ said, for instance, that the best duā’ made by him and the prophets before him is “Lā ilāha illā Allāh, waḥdahu lā sharīka lah, lahul mulku wa lahul ḥamd, wa huwa ‘alā kulli shay’in qadīr.” This is an affirmation of Allah’s

oneness, dominion, praiseworthiness, and power—no request. To explain, generous people give simply for being praised, and their nobility makes them feel ashamed of themselves when a person is forced to spell out their needs. While people can never be compared to Allah

, their every virtue exists in its most perfect form in Him. Hence, the Prophet ﷺ said, “Allah is shy and generous; when a man raises his hands to Him [in supplication], He is too shy to send them back empty and disappointed.”5Sunan al-Tirmidhi

help in the religion. The reason for this should be obvious; Allah

may withhold our duā’ when it’s for our own good (not due to inability or lack of generosity), but when we ask for guidance it cannot be but in our  best interest.

💭 He didn’t say “so He put him in prison,” but rather “He averted their plots.” Do not focus on what you’ve lost of your worldly life, rather focus on what you’ve managed to keep of your religion. Ibn Taymīyah would say, “What can my enemies do to me? My garden is always with me. My orchard resides within my chest. If they kill me, that is martyrdom. If they imprison me, that is solitude [with Allah

]. If they exile me, that is a devotional journey.” And he would recite upon the gates being locked, “And a fence will be set between them with a door, its interior containing mercy, but on the outside of it is torment” [Surah Al-Hadid: 57;13].

“Indeed, He is the Hearing, the Knowing.”

💭 He not only hears all, but He loves most the secret duā’ that can only be heard by Him. This type of duā’ is a sign of great certainty, and thus He praised Zakarīyā

by saying, “…when he called upon his Lord with a hidden supplication” [Surah Maryam: 19;3]. But He knows all as well, meaning what we do not even whisper as we make du‘ā’ in private—such as the genuine emotion (or lack of it) behind the duā’, and the best way and time for this du‘ā’ to be granted. Ziyād ibn Abī Ziyād

“Then it appeared to them after they had seen the signs that al-‘Azīz should surely imprison him for a time.” [Surah Yusuf: 12;35]

was sentenced to prison for unsubstantiated charges. It merely “appeared to them,” meaning they arbitrarily decided to sentence him, and this was after all the “signs” had pointed to his innocence. But we should also remember that He was ultimately exonerated and removed from prison when Allah

decided—not based on when the sentence given by his oppressors had been completed. We ask Allah

to pour great patience upon all those unjustly imprisoned, have their similarity to Yūsuf

be a sufficient consolation to them and their families, and fill them with confidence that the One who tried them is the One who will end the trial.

💭 How can this pure soul get locked in dungeons, while this sinister woman freely roams luxurious palaces? Why do bad things happen to good people? Al-Qushayrī

answers, “Not everyone deserves tribulation, because tribulation is a quality of those nearest to Allah

. As for those who are not so pure, they are left on their way—not due to their noble rank—but due to their insignificance. Here is Yūsuf

who was innocent, and his uprightness was clarified to everyone, and yet he was tried with imprisonment. And then there is the wife of al-‘Azīz whose wicked acts were confirmed by her husband who called her out on her scheming, and ordered her to seek forgiveness; not a single piece of shrapnel of tribulation descended upon her.”7Laṭā’if al-Ishārāt

– Eid Gift: Excerpt From ‘When The Stars Prostrated’

Eid Gift: Excerpt From ‘When The Stars Prostrated’

– If Prophet Yusuf’s Brothers Were Forgiven, There is Hope For Us

If Prophet Yusuf’s Brothers Were Forgiven, There is Hope For Us