I have always known Swat to be popular and much-visited for its picturesque valleys and beautiful landscape.  Many a Pakistani tourist has enjoyed frolicking on its green hillsides and picnicking along the tree-laden banks of its gurgling and raging Swat River. Perhaps the memories of my bygone, peaceful and somewhat magical family visits to this scenic valley, are the reason why it is even more painful to swallow today’s bitter reality: this beautiful land is now a war zone, where Muslim is killing his fellow Muslim brother. Swat’s dwellers, who have for decades hosted throngs of tourists, are now being evacuated to other areas of Pakistan as a result; displaced from their homes and biding their days in refugee tents, with their future a big question-mark of uncertainty.

Pakistan’s government has launched an offensive against the Taliban militants hiding in Swat valley, as a result of which the people who lived there have been evacuated beforehand. This past Saturday, Karachi witnessed unrest, as some vehicles were torched, and three people murdered, in protest of the decision to have these IDP – Internally Displaced People – relocated to the southern, coastal city. DAWN News reports that the entire country is giving them the cold shoulder, with no city welcoming them. People who were till now living in their own homes located in Swat, have been made to shelter in tents for no fault of their own; some media reports even go so far as to say that they are “living like cattle” in their camps, and are hounded by heat, disease, and snakes. UN reports that the number of these displaced people – an entire population by now – is 2.4 million! Their children are reportedly, and understandably, experiencing extreme trauma due to having to live in tents as refugees. And yet, despite their pathetic situation, they receive indifference from the rest of the Pakistani population, which just looks away and goes about their daily lives, as if thinking “them, not us”. 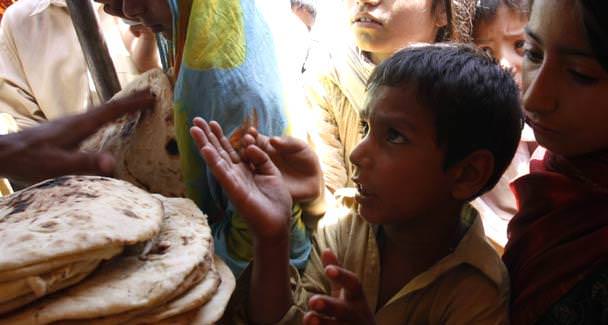 Humanitarian aid in the form of clothes, food and makeshift tent furnishings has been on its way since this Swat offensive commenced. However, these people also need another precious gift: our du’aa. Muslims should never underestimate the power of du’aa, particularly the du’aa made in the absence (or without the knowledge or request) of their brother/sister in Islam.

Sometimes I wonder at the kind of amazing relationship that existed between the Ansar of Madinah and the Muhajireen who left Makkah. When the latter arrived in Madinah, Ansari families welcomed these strangers into their very homes, as if they were their own blood brothers. One Ansari, Sa’d Bin Al-Rabi’ even offered his Muhajir brother, Abdur Rahmaan, whom he took into his home and helped, to take one of his two wives in marriage, if he so desired (whom he’d promptly divorce for him) [Sahih Al-Bukhari]. As for Muslims today, we can not even tolerate the IDP being transferred to our own city, just because of our ‘clique’ mindset that promotes ethnic and political dissension. It’s not like they will be living inside our own homes, is it!?

As for the saddest part of this whole fitnah: Muslims smiting their own brothers’ necks in obedience to the non-believers. As we fall prey to the trials/fitan prophesized by Prophet Muhammad [صلی اللہ علیہ وسلم], we cave inwards and harm our own people, traumatizing our young children – our future generation -, and undermining our country’s political stability, and our ethnic unity/brotherhood.

My request to every reader is to remember these IDP in your thoughts and earnest duaa’s every day. As believers, we should know that the power of earnest duaa’s, intended to relieve the distress of our poor and unfortunate brethren, can really move mountains and bring about miracles! And do not forget to follow it up with donations, which are important to ensure that at least we are doing whatever little we physically can for our brothers and sisters in Swat.

Truly, if you have a roof over your head, food in your stomach, access to clean water, a stable job, air-conditioned rooms in your house, and a lack of fear of the future, indeed, you are better off than millions!

May Allah help and compensate the IDP of Pakistan, both in the dunya and the Akhirah. Ameen.

Humanitarian Crisis in Haiti: How You Can Help + Update from Yasir Qadhi