*This reflects only my opinion, and not necessarily the opinion of any or all other writers* 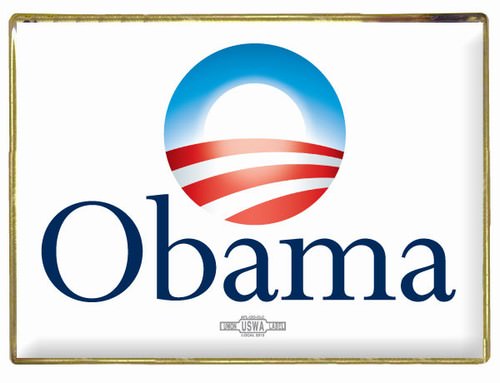 So first my apologies to all the Ron Paulians– yes, I would have taken Dr. Ron Paul any day over any of the current candidates (with the exception of Musa Maguire), but only IF he could be elected. And yes, we can continue to be in a state of denial and believe that he will come out of nowhere and still win. And yes, I admit that the mainstream media has pretty much ignored Ron Paul, even the malicious NPR. And yes, we can insist that this lack of coverage has nothing to do with Paul not having any real impact on the primaries already occurred.

But here’s the bottomline: If Ron Paul does win, it won’t be because of Muslims. Muslims can make the difference only in razor-thin competitions (like helping Bushie win Florida in 2000), but let’s admit it, we are not going to get Paul over the top all by ourselves. We simply don’t have enough of us. So, if Paul does come blazing through in the primaries, I will gladly vote for him in the national election. Until then…

Let’s consider where we can make a difference. Obama and Clinton are in a statistical dead-heat. I think many Muslims recognize that Obama is the better candidate, not just for Muslims, but for this country.

Yes, it sucked that Obama had to make a big deal about how he isn’t/wasn’t a Muslim (make sure you read all the way to the bottom of this link where Umar Lee’s letter is mentioned). Muslims already knew that he is not a Muslim, so he didn’t have to rub it in. But perhaps he did. Unfortunately, islamophobia has made the Muslim sticker a ticket to instant death for a politician in a country-wide election.

Yes, it sucked that Obama wants to invade Pakistan. But at least, he is honest. America has ALREADY invaded Pakistan in all ways that matter.

If Muslims can make any difference in the Primary, it’s in helping Obama. He may not be the ideal candidate, but at least he provides a ray of hope that things might be a little different, that the status-quo may actually change: that health-care may get a shot in the arm and that the tax laws may be garnered towards helping the lower to middle-class and not the wealthy. And of course (in what many many Muslims care deeply about), there may be some change in foreign policy– the small chance that Obama represents for repairing America’s badly damaged image around the globe. Hillary Clinton will be Bill Clinton all over again. Which would STILL be a great improvement over Bush or ANY electable Republican candidate. But been there, done that.

Change, it can happen. As the campaign slogan goes: Yes, we can.

P.S. This is not a fatwa to vote, and neither am I saying it is obligatory. It is your choice to remain relevant or not in this political process.

30 Years of Oppression for Burmese Muslims – How YOU can help

Letter from Ismail Royer to all MM Readers; Feedback Requested