I participated in the campaign to send eid cards to Muslim prisoners started by Umar Lee. A few weeks ago I received a response from Maaz Shah, which I plan to also type up soon. And one from Br. Ismail Royer.

As I read the letter from Royer, I could not but feel for the loss that the Muslim Ummah has suffered with Royer’s imprisonment, which is at least disproportionate, if not unjust. Royer was sentenced to 20 years imprisonment after he plead guilty to some of the charges. The alternative was to fight the charges and be imprisoned for life, like what occurred with others indicted along with him. To understand the background of the charges against Royer, and his side of the story (including his love of America and his rigid stance against Al-Qaeda and any terrorist operations that target civilians), one has to read the beautiful letter that Royer wrote to the presiding Judge in the case. Such intellect, such a mind… only to be shackled by the government.

But with all trials, there is reward in it for the believing soul. I am sure inshallah that Br. Ismail is making full use of his imprisonment to increase his personal knowledge and become a better human being and a better Muslim.

A special request to all readers: Please provide your feedback to the article. Also, feel free to use the comments space to send any other greetings and messages to your brother. We will print out the comments and send them to him inshallah; probably those that get in in the next couple of weeks. Please note that the contents of the letter are Br. Ismail’s personal opinions, and like all opinion pieces on MM, are not necessarily endorsed by all MM writers. JazakumAllahkhair 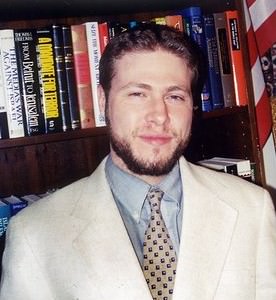 I’m really sorry for not having responded to your kind letter earlier. I set it aside for a bit, waiting until I thought I had something perhaps beneficial to write. Some thoughts eventually came to mind and I started writing you. The letter got longer until I transformed it from an informal letter into an essay, which I typed. I gave it to a brother had to hear his feedback, and he told me to fill in some blanks, add other perspectives, etc. So I did that and gave it to another brother (at this point 6 pages longer). He returned it with several pages of commentary and critique, which was extremely valuable and insightful. His main point was that I needed to expand on many of the assumption in my essay to explain to the reader what their basis was, etc. among many other valid objections, which I realized I needed to answer; more of which could be done without turning the essay into a book.

To that end, I asked my father to order me some books so I could do further research and deepen my understanding about some issues I had written about rather superficially. So he did and now I’m digging into them.

Anyway, at that point I realized I should try again to write Br. Amad, hence the letter you are now insha’Allah reading.

I was very happy to hear about Muslimmatters.org. It sounds like its filling a void. Often we don’t realize the extent of the influence we can have, and this should motivate us to spread beneficial words and knowledge and not to abandon the field to the ignorant and deluded, may Allah guide us all.

I feel self-conscious when I write letters because I feel like I’m always writing about myself. It is truly said that prison tends to make people self-centered. But, since others may be interested and benefit form the information, I’ll mention a few things that are on my mind, and that I’ve been up to.

As to the book I’m writing (that was originally the letter to you Br. Amad) the topic is so-called modernity, that is, the post-reformation, post-Enlightenment, post-scientific revolution world; how the modern world is poisonous to the human soul; how it is undermining Western Civilization, and how it distorts Muslim’ understanding of the realities of their religion and the world. And finally, what can be done about it.

My main theme is that, just as many of Islam’s critics allege, it is true that Islam is incompatible with the modern world. That’s because the modern world is itself incompatible with the human soul, whereas Islam is the natural state of the human soul. Modernity is the product of the Enlightenment, the French Revolution, and related development, which were for the most part conscious revolts against God.

It is therefore impossible to coherently be a Muslim and at the same time have a mindset rooted in Enlightenment assumptions-just as it is impossible to be in submission to Allah while being in revolt against Him.

Allah did not create man with two hearts in his chest.”

This can create a sort of schizophrenia or dissonance, where in one part of his soul a man sincerely wants to submit to Allah, and in another part he sincerely holds views that, while they may not appear on the surface to negate or contradict his submission, may be premised on Enlightenment principles—principles like moral relativism, humanism, and materialism. A synthesis of this is not possible, anymore than it is between Biblical religion and such principles, the only consistent alternatives being rejectionism in the manner of the Jacobins, neoconservatives, and a certain Former Dutch M.P., or a heart free of any taint of modernist heresy, however subtle, to the extent possible.

Incidentally, it is the latter position that cures the western Muslim’s soul of the schizophrenia arising from being a Western Muslim, for it is not the fact of being Western in heritage or language or culture that gives him schizophrenia, but it is in trying to synthesize Islam and Enlightenment ideology that does so. We reject the worship of other than Allah alone and what necessarily follows from that, but we do not reject being Western anymore than Bilal rejected being Ethiopian, or Salman rejected being Persian, or the Malay rejected being Malay when they embraced Islam.

In fact Islamic and Western culture overlap to a great extent, so aside from the issue of the recent hedonistic and other harmful elements in Western culture, the matter viewed in this light is no longer very intelligible. And even our rejection of any unjust actions of our people does not change who we are: “O my people! Yours is the kingdom this day!” cautioned the believing Egyptian.

I also want to show that there is a growing realization among a core of Western thinkers that with these historical developments, the West has pointed itself into a corner of spiritual decay, social disorder, and impending ecological breakdown. These thinkers realize that, far from producing a triumph for the West and “the end of history” the Enlightenment and what followed undermined Western civilization. I argue that, rather than trying on the one hand to square our religion with modernity, or, on the other, agitating for an ill-conceived war against the West, we Muslims should make common cause with those in the West who want a return to sanity, and see restoration of belief and tradition to their rightful place in the heart and the public arena. It is part of our religion that we celebrate a Christian victory over polytheism, in their case atheism and secularism. And certainly in an environment of heightened attention to man’s spiritual dimension, Islam can that much more readily perform its natural role in healing a damaged people.

Finally, I will insha’Allah give some advice as to how we can develop ourselves, our families, and our communities to be better worshippers and thus what Ibn Taymiyya called “Keys of goodness”: purification of our souls, authentic knowledge, and action flowing from those, that we may become, by Allah’s permission, beacons of light in a land that is searching for meaning and hope.

Out of fear that this letter will turn into a book, I’ll stop here. I hope that you can post this on Muslimmatters; I’d like to hear some feedback, positive or negative. If you could, dear brother, please print out any comments to this post and mail them to me.

Oh–in closing, I do indeed remember you and I have an interesting story to tell you about the good things that resulted from that situation, even if I wasn’t able to help you in your case.

Salaam to you, your family, and all reading this, and all praise is due to Allah the Lord of the worlds, and peace and blessings be on our Prophet [sallallahu alaihi wasalam].
Wasalaam
Ismail Royer
(please use “Ismail Royer” when you post it-J.A.K)