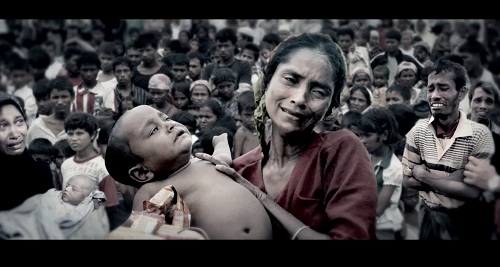 Through out the history of Islam in Burma, a country in between Bangladesh, India, China, and Thailand, Muslims have faced constant struggle. Today, the situation is no different, as reports from various sources indicate the oppression and abuse for our lesser-known brothers and sisters continue to come our way.

For those of us unfamiliar with Burma, it is run by military (junta) rule, and is one of the most predominantly Buddhist countries in the world. The Muslims there, for the most part, live in isolated regions in which they have their own culture, customs, languages, and of course, religion.

What the Burmese Muslims are enduring

Muslims, particularly those living in the region Rohingya, have faced much oppression in the past century. According to Amnesty International, “the Rohingya people have continued to suffer human rights violations under the Myanmar junta since 1978, and many have fled to neighbouring Bangladesh as a result.”

Thirty years later, the situation is no different. Voice of America (VOA), the official external radio and television broadcasting service of the United States federal government, recently issued an opinion about the status of oppressed Muslims in the country Burma.

Burma’s Rohingya Muslims continue to suffer at the hands of the military regime. As part of their campaign to “Burmanize” the Rohingyas, the Burmese government restricts the practice of Islam and pressures the Rohingyas to convert to Buddhism. Burmese authorities sometimes prevent publication and distribution of the Koran and make Rohingya participation in the hajj [pilgrimage to Mecca] difficult. Mosques have been closed or even destroyed by the Burmese regime. Authorities frequently force Muslims to build Buddhist shrines and pagodas.

Why persecute the Rohingyas?

Unfortunately, it seems to be a religious prejudice based persecution towards the Burmese Muslims of Rohingya. The Economist had an article in November of 2007 about the Rohingyas in which they asked locals about their troubles.

“It’s because we’re Muslim,” declares a trishaw driver. He says people give work to Buddhists. There are many poor Buddhists in Sittwe too. But the perception of unfair treatment lingers amongst Muslims, though some made common cause with September’s anti-government protesters.

Rohingya Muslims have been leaving their home country for 30 some years now. They have gone to many different countries, but the biggest choice for them is Bangladesh. There, the Rohingya experience even more difficulty, as the Muslims are severely poor and have little rights given to them as refugees. The Bangladeshi government has never formally given the Burmese refugee status, and have forced many of them out of the country.

A video on Burmese refugees in Bangladesh features women complaining of the problems they face in day-to-day life. Muslims there feel they are being “subjugated” by non-Muslims simply because of their religion. It seems the Buddhist-Muslim problem of Burma that caused them to leave in the first place is hard to flee from where ever they go.

Hope for the Muslims in Burma, and you

There are efforts within Burma for change. People like yourself are begin educated on the situation of Muslims, as well as citizens of Burma dealing with the strict military rule there which is even under the radar of big time groups like the UN and the United States government.

This is where we come in.

Firstly, we can begin by starting to make dua for the Burmese Muslims and all Muslims around the world. While this may sound cliche, it’s not. Never underestimate the power of dua. By promoting awareness of this cause and encouraging others to ask Allah to help them, we can go a long way, inshaAllah.

Secondly, Mercy Mankind has an appeal for the Burmese people. They help them out in different ways and facets of life, such as building schools and supporting families. It’s a UK-based organization, but also takes PayPal through American dollars.

Please, find it in your heart to donate some money, whatever you can, and link this article to others on blogs and Emails to help out these brothers and sisters that need you. Check out this video of how they helped pay for a young girl’s eye surgery just last summer.

Often times we may find ourselves feeling “helpless” in doing anything for those suffering around the world. InshaAllah ta’alah through our dua, reliance on Allah, and action to support these causes, we can lose that feeling and move to help people in ways and places you never dreamed of. 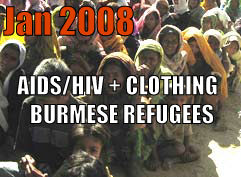 Shariah ‘Courts’ and Freedom of Contract