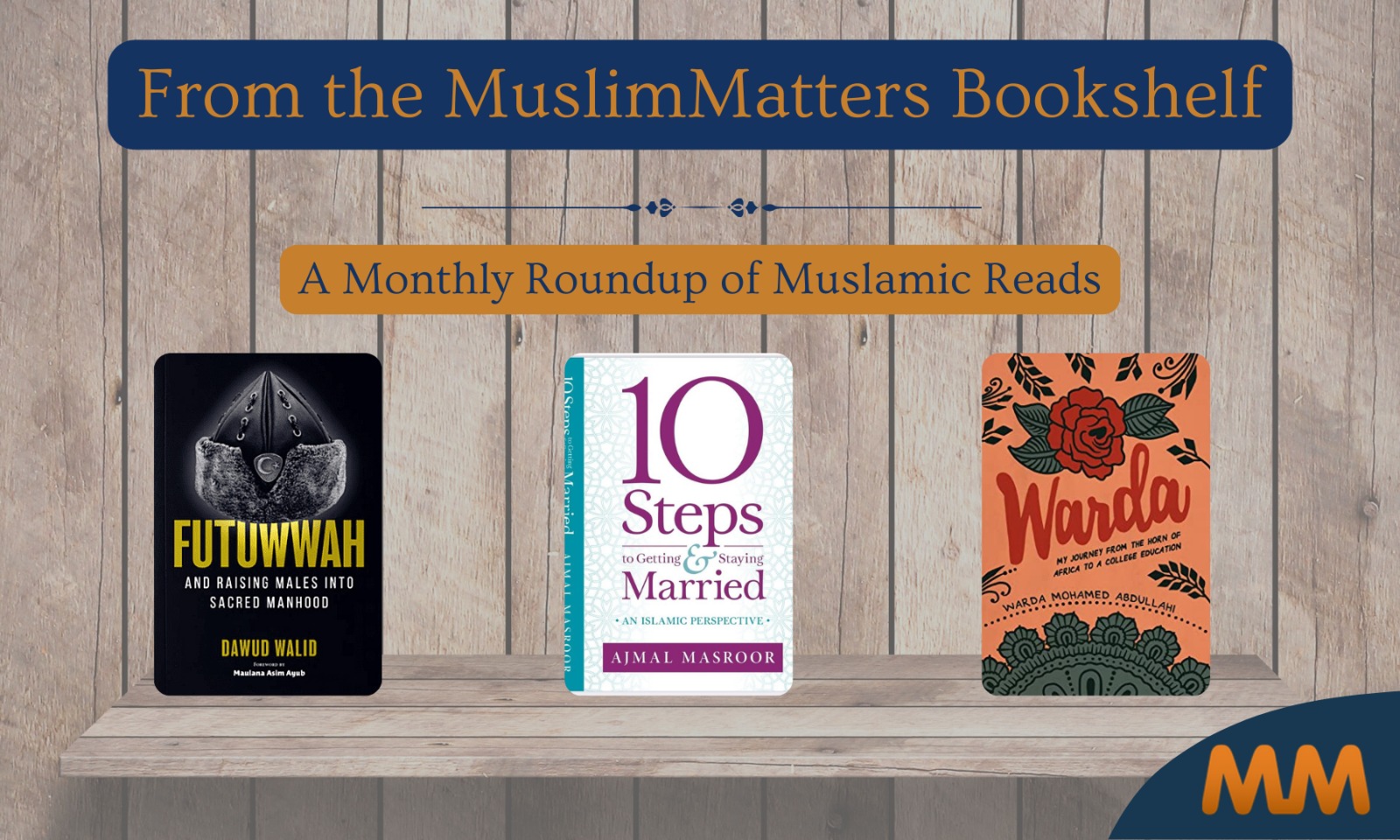 From The MuslimMatters Bookshelf is a new monthly column from MM staff members -which you can look forward to on the last Thursday of every month inshaAllah!- where we post brief reviews of our latest reads: the good, the bad, the intriguing, and the Islamic.

This month, Zainab bint Younus shares her reviews of three different books: Warda by Warda Abdullahi, 10 Steps to Getting and Staying Married: An Islamic Perspective by Ajmal Masroor, and Futuwwah and Raising Males Into Sacred Manhood by Dawud Walid 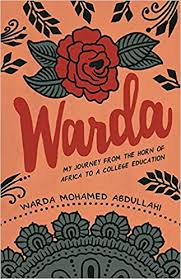 This memoir, about a Somali girl’s journey across the Horn of Africa to America, fulfilling her dream of getting an education, truly stands out!

Unlike so many “inspiring stories” written by people of Muslim backgrounds, filled with anger towards their cultures/ family/ Islam and adoration of the West as a savior, Warda Abdullahi’s memoir is filled with love and respect towards her family, her culture, and Islam.

She makes a point of providing historical context to her family’s story, praising her grandfather for raising her, and crediting her father for his determination to get her the best education possible.

Even when topics like polygamy or FGM (Female Genital Mutilation) come up, Warda never falls into blaming Islam or trashing her culture – she recognizes the horrors of FGM gravely, without comparing her culture to the West.

Most importantly, her dedication to Islamic values holds throughout: from her fasting in Ramadan despite her massive school workload, Islamic center volunteering, and family responsibilities; to maintaining her hijab staunchly and refusing to touch student loans because of the riba involved. In the end, the barakah is clear: through her relentless determination and hard work, she is able to cover almost the entire cost of her college tuition through scholarships alone.

There is one odd segment about her “boyfriend”- a Somali boy in South Africa whom she has never met, but communicated with online. Thankfully, it turns out that other families and relatives know of him, and from her author bio, it seems that they eventually got married. This bit alone would require discussion with younger Muslim readers about what is and isn’t acceptable mixed gender interactions and conceptions of relationships, but it doesn’t get too problematic once one reads about the fuller context.

Highly recommend this for lower YA and above – a powerful story of struggle, perseverance, and success of a Somali Muslim woman who has truly earned her accomplishments. This would make a wonderful youth book club read!

– 10 Steps to Getting and Staying Married: An Islamic Perspective by Ajmal Masroor [Genre: Relationships]

Everyone always asks me for Muslim marriage book recommendations, and I have always had to say that I don’t know of any books that aren’t severely problematic and filled with appalling sentiments about women. 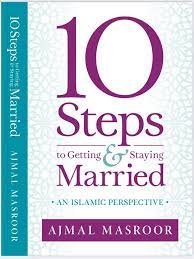 10 Steps to Getting and Staying Married was a shockingly good read, combining Islamic texts with solid relationship advice on how to ensure that one is themselves a healthy individual before pursuing marriage, also providing practical information on how to establish a healthy and wholesome marriage.

I genuinely appreciated that neither men nor women were targeted negatively, and the advice given was meted out equally to both men and women – while also acknowledging that men and women do have some inherent differences (however, this section didn’t have any citations for the research, which significantly weakened the arguments he was making).

The author does reference professionals such as John Gottman (a world-renowned American psychologist who specializes in marriage and relationships) of the Gottman Institute, in addition to Islamic sources, which was refreshing. Each section includes activities for both self-reflection with one’s spouse (or prospective spouse), which I found very interesting.

I did have a few quibbles: most serious was quoting alleged ahadith with zero citations, which is very dangerous. There were a few typos/ spelling errors. I didn’t agree with statements like “mahr is the property of the couple” (although he does goes on to emphasize that mahr is the wife’s), or that marriage/ procreation is obligatory for Muslims. Overall, this book included a well-rounded perspective with both Islamic analysis and understanding as well as reference to principles of professional relationship counseling.

Futuwwah and Raising Males Into Sacred Manhood by Dawud Walid caught my eye, given the current (online) climate of Muslim discourse on gender and gender roles. With all the hype over ‘sacred manhood’ and ‘Muslim masculinity,’ with the book, I expected a discussion about Muslim masculinity.

Instead, it ended up being little more than a very generic list of Islamic values such as generosity, honor, truthfulness, and so on. Despite the heavy usage of the word “futuwwah,” there was almost nothing actually specific to Muslim men. Outside of the foreword, the introduction, and the conclusion, there were only a few sentences that made any of the points specific to men rather than general to all believers.

I expected more detail especially regarding modesty, sexual restraint, and ‘vigilant care’ (as the author translates the word ghayrah), which are all extremely important and relevant topics for young Muslim men. However, there was almost nothing beyond the absolute basic generalities. There should have also been significant discussion of what it means for men to be qawwaam, as well as a definition of what it means to be dayyuth and how to avoid it – there was little beyond a couple vague sentences.

I was also deeply unimpressed by the over-usage of Shi’i and Sufi references (though of course one could say that this is merely my own bias, and not something that other readers would necessarily find concerning). One example where this influence seemed particularly unduly was in the chapter “Love and loathing for the Sake of Allah.” By the title, the reader expects that it would cover the concept of walaa and baraa; instead, it solely speaks of loving Ahlul Bayt. While loving Ahlul Bayt is indeed important to our deen, it is neither the primary focus of the concept of walaa and baraa, nor the extent of it). There was nothing mentioned about not humiliating oneself to the kuffaar, standing up for Islam in a meaningful way, or any number of other points that are traditionally mentioned when discussing the topic of walaa and baraa.

All in all, I was deeply disappointed by this book. This may be due to my expectations, given my own personal investment in the topic. Others may find this book to be a good introductory resource for teenage boys, before introducing them to other classical books of virtuous character and tahdhib al-akhlaaq. Personally, I would rather recommend Riyadh as-Saliheen, to be studied with a teacher or scholar who can connect the universal virtues and values of Islam specifically to male character and masculinity.

Do you have any book recommendations or suggestions for our staff to pick up and review? Leave your comments below!