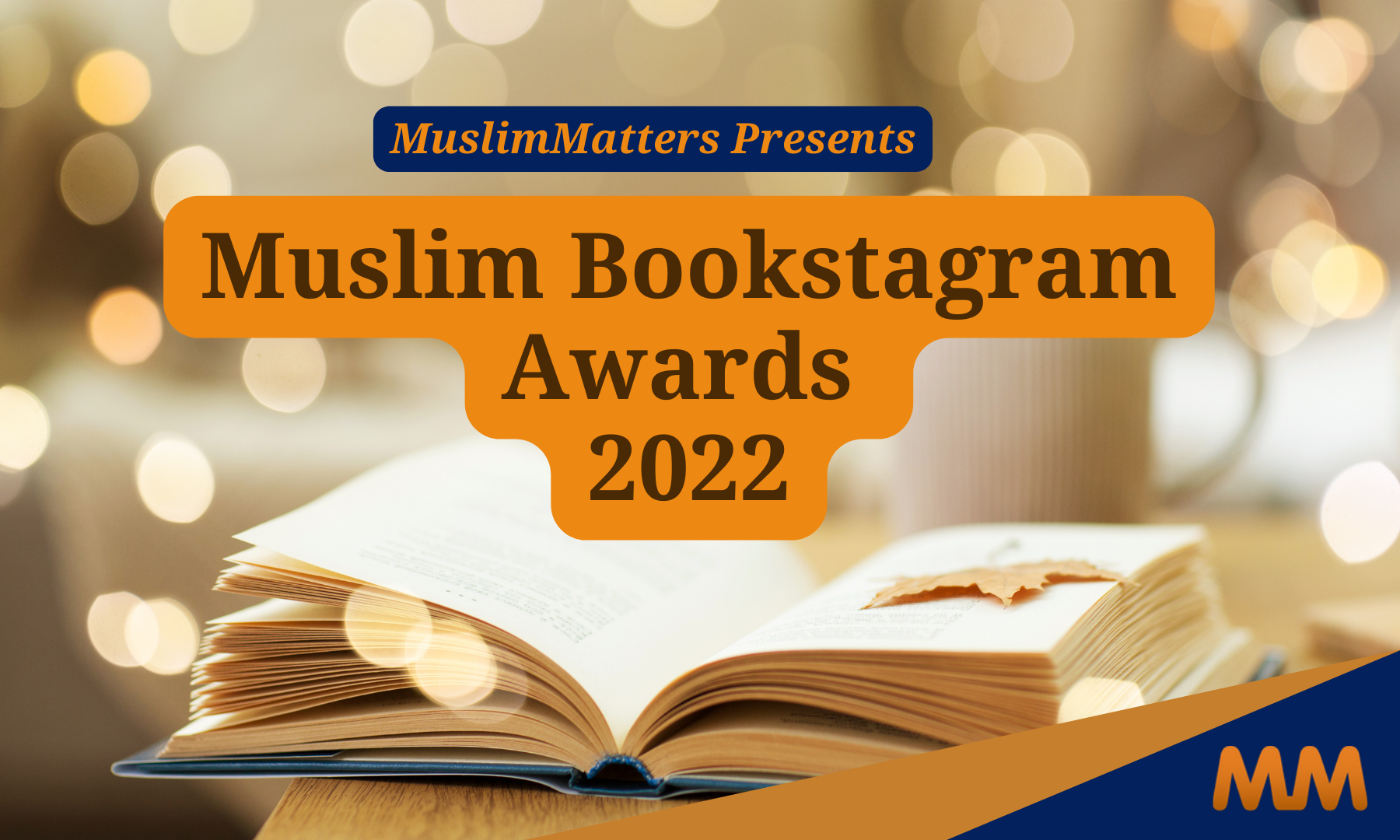 The Muslim Bookstagram Awards (MBA) is an annual celebration of Muslim voices in publishing, from mainstream publishers, Islamic publishers, or authors who self-publish. Hosted by MuslimMatters.org and featuring a panel of well-known Muslimah reviewers from Bookstagram, the MBA takes in nominations before finally judging the entries and announcing the winners on MuslimMatters!

MuslimMatters is proud to host the Muslim Bookstagram Awards.

What is Muslim Bookstagram?

Muslim Bookstagram is the unofficial name for the niche space on Instagram where Muslim book lovers reside! It is a vibrant community of readers, writers, librarians, bookstore owners, and all those who are bookishly inclined. Book reviews are shared, new and old publications highlighted, and deep discussions about publishing, representation, and storytelling are had. Muslim Bookstagram has become both an amazing space for valuable conversations and a resource for Muslim parents, as well as anyone else interested in diverse, representative literature.

Amire is a Mechanical Drafter by trade and a reader by heart! Her meticulous nature helps her identify quality and assess books. Amire not only helps online viewers with selecting Islamic content but also curates books for her local masjid library. Her background in Islamic knowledge has made her an authentic resource for Muslim parents wanting authentic Islamic books. Follow her on Instagram: @muslimkidsbooknook

Shifa Saltagi Safadi is the author of three books published by Ruqaya’s Bookshelf and an Islamic book reviewer. She has been an avid reader for as long as she can remember, and in fact, graduated with a degree in English literature. Find her Islamic reviews of books, products, and more on Instagram: @muslimmommyblog

Kirin Nabi is a former Islamic School Librarian who now hosts (often virtual) story times for the local Islamic school as well as for the larger Muslim community at the masjid. She runs an Islamic middle school book club, stewards two little free libraries, and blogs about children’s and YA books by Muslim authors or books containing Muslim characters at www.islamicschoollibrarian.com. Find her on Instagram: @islamicschoollibrarian

Zainab bint Younus is a Canadian Muslim woman who writes on Muslim women’s issues, gender related injustice in the Muslim community, and Muslim women in Islamic history. She also provides in-depth book reviews of Muslamic literature on her Instagram account, covering everything from YA and adult fiction, academic treatises, and Islamic religious literature. You can find her on Instagram (@bintyounus) and support her via Patreon.

Due to an overwhelming response last year, this year’s nominations will be restricted to Muslim authors, illustrators, and publishers. If you’ve written, illustrated, or published a Muslim-bookstagram-awards-worthy book, we want to know about it!

⭐️Written by a Muslim author

⭐️A Muslim story: The story must involve a clearly Muslim characters and at least some reference to elements of Islam.

⭐️Islamically appropriate: The story must not promote beliefs or actions which are clearly prohibited by Islam or go against Islamic values. This does NOT mean that characters don’t experience serious conflicts or go through challenges; it does mean that the final message should not be something that promotes unIslamic beliefs or actions (e.g. shirky beliefs, promoting LBGTQ relationships, praising zina).

⭐️English language: Unfortunately, we do not have the resources or ability to include non-English-language books.

⭐️Must be prepared to provide sample pages upon request

Click here to nominate your favorite Muslim publication of 2022 for the Muslim Bookstagram Awards!

Nominations will close on October 1, 2022, and winners will be announced in January 2023! There’s not much time, so hurry to nominate your favorite titles today!

Crescent Moon Bookstore is the generous official sponsor of the Muslim Bookstagram Awards 2022! CMB carefully curates books, toys, games, stationery, and home decor for every Muslim household. Crescent Moon was created for all of us wanting to make our homes and the world a better place. A portion of all proceeds goes to several different children’s charities around the world for humanitarian aid. Crescent Moon Bookstore has an incredible selection of Muslim books for all ages, with free US shipping over $60.00 and free Canadian shipping over $125!