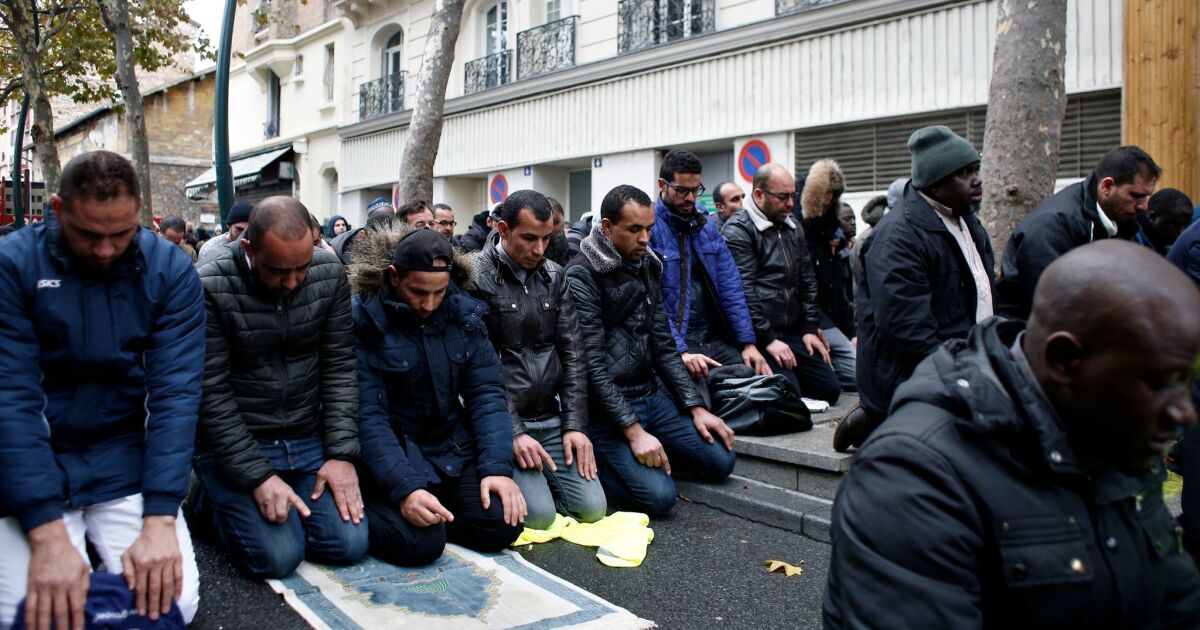 Within a relatively short period of 23 years, the Prophet ﷺ produced the best generation of people to walk on the face of this earth. As the Prophet ﷺ himself told us, “The best of generations is my generation, then the one after it, and then the one after it.”1Muslim, k. faḍā’il al-ṣaḥabah, b. faḍl al-ṣaḥābah thumma allathīna yalūnahum, 2533. The Prophet ﷺ nurtured, trained, and educated amazing individuals, both men and women; the likes of whom history had never seen before, and will perhaps never see again. The Prophet ﷺ didn’t write or produce books, but he produced men and women, a generation of people who completely changed their society through sacred activism.

The Prophet ﷺ established a community that was built upon the foundation of belief, īmān, firm conviction in the existence and oneness of Allah ﷻ and accountability in the hereafter, coupled with excellent morals and character. Through the twin forces of faith and character, they were able to completely transform society around them. They were able to bring about real, positive, and practical change. They were able to do so because they transformed themselves first; their beliefs, morals, character, values, outlooks, and perspectives.

The Sunnah of Change

In order to bring about change on any level – individual, family, institutional, economic, political, or societal – one of the most important and fundamental principles of sacred activism is that change starts with the individual. Allah ﷻ says,

“For each one are successive [angels] before and behind him who protect him by the decree of Allah. Indeed, Allah will not change the condition of a people until they change what is in themselves. And when Allah intends for a people ill, there is no repelling it. And there is not for them besides Him any patron.” [Surat Ar-Ra`d; 13:11]

The only way for us to bring about real and practical change in society is by working on changing ourselves. This is the core of sacred activism and how it differs from other forms of activism.

When the Prophet ﷺ started spreading the message of Islam in Makkah, he was faced with a very difficult situation theologically, spiritually,  morally, socially, and politically. Everything in that society was completely opposed to the teachings of Islam. Beliefs, outlooks, values, morals, ethics, and political systems; everything clashed with Islam. This may have seemed like an impossible challenge; something very difficult to overcome. But change did happen, and what is more important, change can happen again. The Prophet ﷺ started the process of change by working on and changing the souls of human beings – making great men and women. He focused first and foremost on changing their beliefs, manners, and values.

Currently, as a community we are facing a lot of different challenges, especially as minorities. And one of our favorite things to do is lament over our current condition and situation. Almost every dinner party, post-Isha conversation, and informal hangout, ends up in a discussion regarding the mess we are currently in globally. We have several hot takes, political commentators, and religious “experts” (I’m write that with a healthy dose of sarcasm) discussing problems and solutions.

At the end of the day, it is all talk. Real, true change requires effort, hard-work, sacrifice, patience, and time. It is a process, and that process starts with personal reformation. Does that mean we don’t get involved in practical solutions until we have rectified our souls? No! We do both simultaneously. Perhaps in another installment I can write about practical ways of doing so.

The Prophetic Methodology for Self-Improvement Needed in  Sacred Activism

The Prophet ﷺ instilled within the men and women qualities that allowed them to fulfill this role and purpose. In the early days of Islam, the Prophet ﷺ built and developed a true Muslim society in a very careful, slow, and gradual manner. The main qualities of his earlier companions are captured in the statement of Allah

“Content yourself with those who pray to their Lord morning and evening, seeking His approval, and do not let your eyes turn away from them out of desire for the attractions of this worldly life: do not yield to those whose hearts We have made heedless of Our Quran, those who follow their own low desires, those whose ways are unbridled.” [Surat Al-Kahf; 18:28]

In this verse, Allah ﷻ highlights some of the unique qualities and traits of the earliest generation of Muslims; those who were nurtured, trained, and educated directly by the Prophet ﷺ. 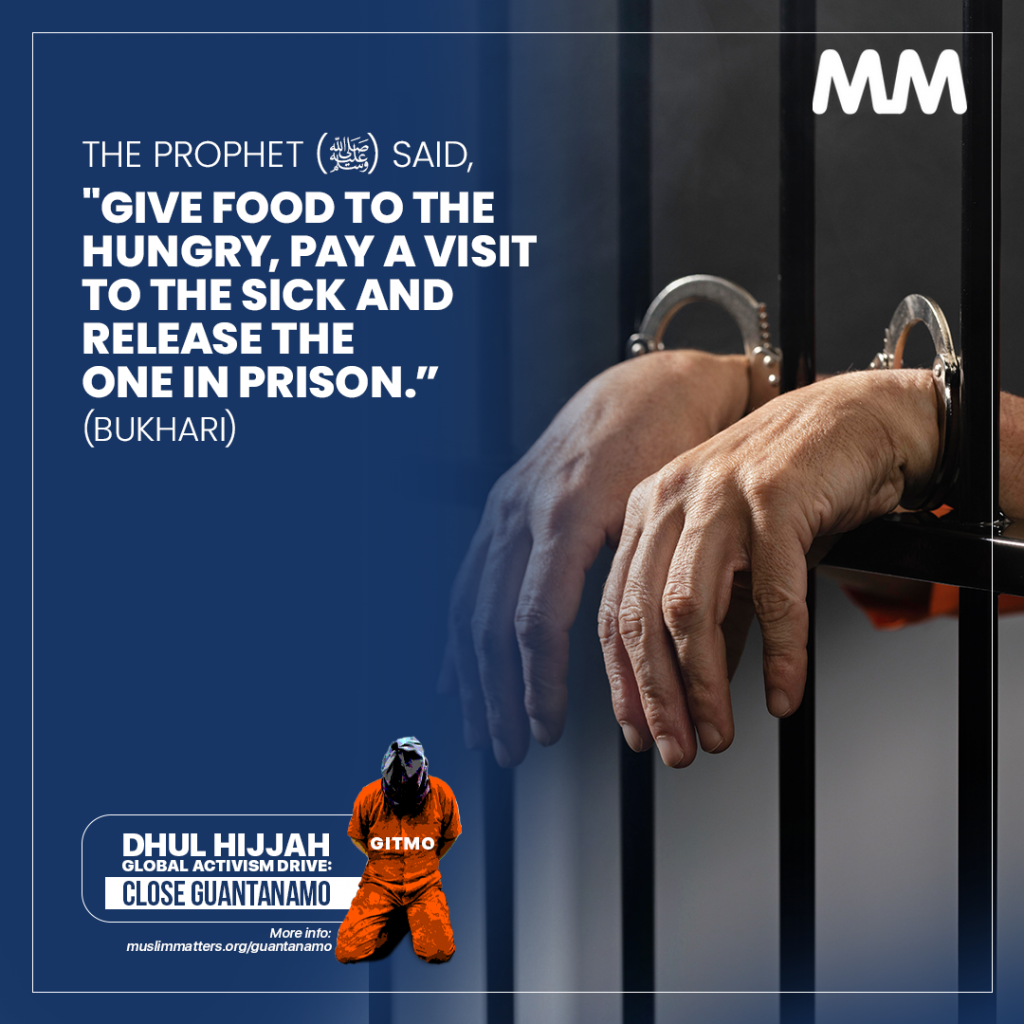 The first quality is ṣabr, which is usually translated as patience. But in the context of Islam, the word ṣabr is much more comprehensive than simply patience. Oftentimes there are words that can’t be translated into English using one word (a one word translation doesn’t truly capture the essence or meaning of the Arabic word itself). Ṣabr is one of those words where its essence or reality can’t be captured in a single English word. In fact it includes patience, forbearance, steadfastness, firmness, strength, self-restraint, self-control, and contentment. Ṣabr is perhaps the greatest virtue that we have in Islam. Some scholars mention that ṣabr is one of the most important qualities mentioned in the Quran. Ibn al-Qayyim

2. A Strong Connection with Allah

The second quality that the Prophet ﷺ nurtured with his students was frequent supplication to Allah ﷻ. Always turning to Allah ﷻ and asking Him for help, assistance, support, guidance, and strength. This is captured when Allah ﷻ says, “With those who pray to their Lord morning and evening”. Duʿā, supplication, calling upon Allah ﷻ, is one of the absolute most powerful tools that a believer has. The Prophet ﷺ said, “Dua’ is the weapon of the believer.”2al-Mundhirī, al-Targhīb wa al-Tarhīb, 2:390 It is a direct line of communication between a believer and their Lord and Creator. It is considered to be the essence or epitome of worship. When a person raises their hands in supplication to Allah ﷻ, it shows that they recognize the reality of their relationship with Him. They recognize that they are His servants and that He is their Lord and Creator. They acknowledge and admit that they don’t have the power, ability, or capability to do anything without the help and assistance of Allah ﷻ. By supplicating to Allah ﷻ they are fulfilling their obligation of calling upon Him. And the beautiful thing is that when they call upon Him, He answers. Allah ﷻ says,

“And your Lord says call upon me and I will respond to you. Indeed, those who disdain My worship will enter Hell [rendered] contemptible.” [Surat Ghāfir: 40;60]

“[Prophet], if My servants ask you about Me, I am near. I respond to those who call Me, so let them respond to Me, and believe in Me, so that they may be guided.” [Surat Al-Baqarah: 2;186]

When a person frequently calls upon Allah ﷻ it shows that they have firm faith and a strong relationship with their Lord and Creator.

The third quality the Prophet ﷺ instilled within his students was sincerity. This is captured by Allah’s

statement, “Seeking His approval”. Sincerity, ikhlāṣ, is the key behind everything we do. Everything we say or do should be done for Allah ﷻ only, seeking His pleasure and approval. We don’t do things for ulterior motives, status, wealth, or praise. Allah ﷻ tells the Prophet ﷺ,

“Say,‘My prayers and sacrifice, my life and death, are all for God, Lord of all the Worlds. He has no partner. This is what I am commanded, and I am the first to devote myself to Him.” [Surat Al-‘An`ām; 162-163]

As a matter of fact, sincerity is a pre-requisite, a condition, for having our deeds accepted by Allah ﷻ. As the Prophet ﷺ said, “Truly actions are by intentions and truly every person will get what they intend.”3Bukhārī, k. bad’ al-waḥy, b. kayf kān bad’ al-waḥy ilā rasūlillah, 1 This ḥadīth is considered by many scholars to be the absolute most important ḥadīth in terms of our actions. They describe it as the axis around which Islam revolves. In order for our actions to be accepted by Allah ﷻ they have to meet or fulfill two conditions: 1) Sincerity 2) According to the Sunnah of the Prophet ﷺ.

wrote, “Istiqāmah on the straight path in this world is as difficult as crossing the bridge over hell. Both paths are more delicate than hair and sharper than the sword.”

In several places throughout the Quran, Allah ﷻ instructs us to remain steadfast upon the straight path; to be upright and consistent. The Prophet ﷺ also advised his Companions

narrated that he said, “O Messenger of Allah! Tell me a statement about Islam that I will not have to ask anyone besides you.” The Prophet ﷺ answered, “Say, ‘I believe in Allah,’ and then be steadfast.”4Muslim, k. al-īmān, b. jāmiʿ awṣāf al-islām, 36

Through this verse we learn that the Prophet ﷺ instilled four extremely powerful and transformative qualities within his Companions: 1) Patience, 2) A strong connection with Allah

, 3) Sincerity, and 4) Steadfastness. By analyzing these qualities carefully, we learn about the Prophetic method and model of bringing and creating change.

May Allah ﷻ rectify our affairs internally and externally! Don’t forget to join the Dhul Hijjah Activism Drive: Close Guantanamo and use these lessons in sacred activism.

– From The Chaplain’s Desk: Empowering Yourself To Seek Allah’s Forgiveness

From The Chaplain’s Desk: Empowering Yourself To Seek Allah’s Forgiveness