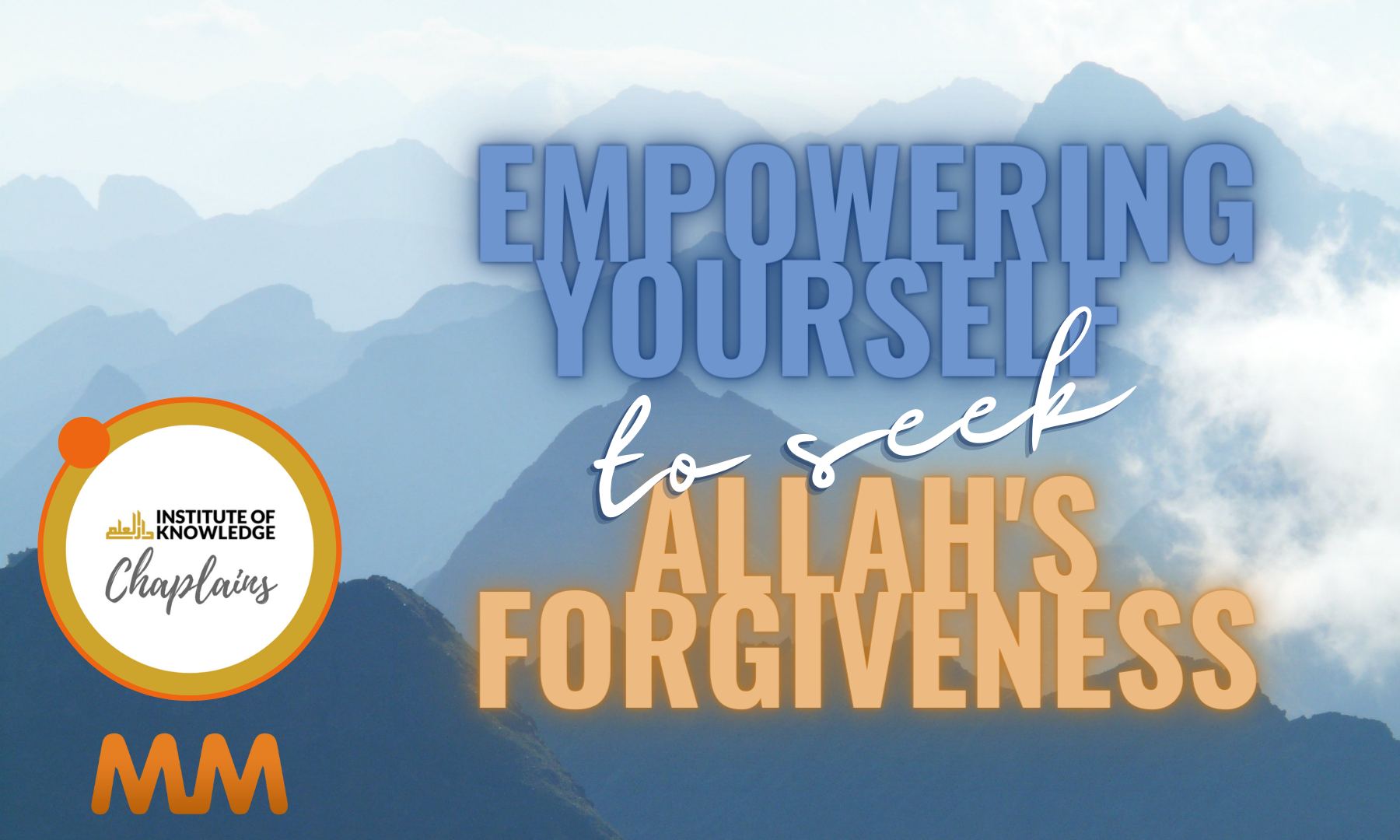 For a lot of us, one of the biggest obstacles of turning back to Allah ﷻ, becoming more committed to our dīn, and nurturing a stronger relationship with Him ﷻ is a feeling of guilt and shame. Sometimes we feel like we are not worthy enough of His forgiveness, or perhaps we can’t forgive our own selves. All of us, no matter who we are or how practicing we may be, make mistakes. So it is extremely important for us to understand and internalize that Allah ﷻ is al-Ghafūr (the Most-Forgiving) and al-Raḥīm (the Most-Merciful).

Understanding Our Relationship with Allah and His Forgiveness

who said: I heard the Messenger of Allah ﷺ say, “Allah the Almighty has said: ‘O Son of Adam, as long as you invoke Me and ask of Me, I shall forgive you for what you have done, and I shall not mind. O Son of Adam, were your sins to reach the clouds of the sky and you then asked forgiveness from Me, I would forgive you. O Son of Adam, were you to come to Me with sins nearly as great as the Earth, and were you then to face Me, ascribing no partner to Me, I would bring you forgiveness nearly as great as it [too].’”1Narrated by at-Tirmidhi who said that it is a ḥasan ḥadīth

This particular ḥadīth is classified as a ḥadīth qudsī. A ḥadīth qudsī is a ḥadīth that the Prophet ﷺ narrates from Allah ﷻ. The words are the words of the Prophet ﷺ, but the meaning is inspired directly from Allah ﷻ. This particular ḥadīth is extremely beautiful, profound, and powerful. It has a very powerful impact on our relationship with Allah ﷻ. It helps us understand the magnitude of the mercy, forgiveness, and grace of Allah ﷻ; it creates an immense sense of hope. It helps us understand that no matter how much we’ve sinned before, no matter what we’ve done in the past, no matter how bad or ugly it was, we can still earn forgiveness from Allah ﷻ, the Most Merciful of the Most Merciful. It helps us recognize and internalize the verse of Allah

“Say (on My behalf), “O servants of Mine who have acted recklessly against their own selves, do not despair of Allah’s mercy. Surely, Allah will forgive all sins. Surely, He is the One who is the Most-Forgiving, the Very-Merciful.” [39;53] 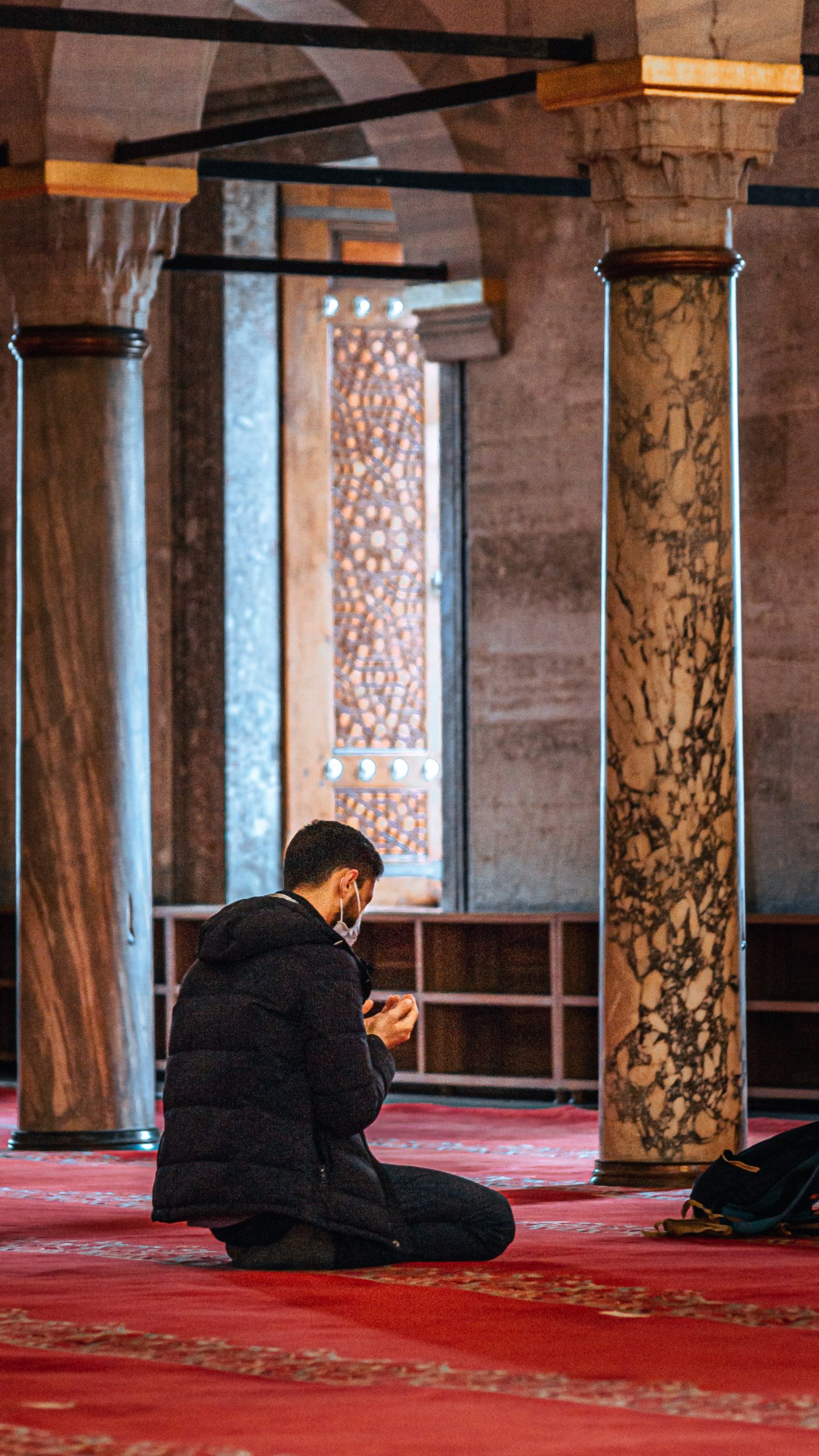 The narration starts by Allah ﷻ addressing each and every single one of us directly, “O son of Adam!” Now we are all listening carefully and paying attention. Allah ﷻ then describes three separate scenarios and situations, all which result in mercy and forgiveness.

The first is, “As long as you call upon Me and put your hope in Me, I shall forgive you for what you have done, and I shall not mind.” Allah ﷻ is telling us that one of the ways of earning his forgiveness is through supplication and hope; dua’ and raja.

The Power of Dua and Hope

Duʿā, supplication or calling upon Allah ﷻ, is one of the absolute most powerful tools that we have as believers. The Prophet ﷺ said, “Duʿā is the weapon of the believer.”2al-Mundhirī, al-Targhīb wa al-Tarhīb, 2:390 It is a direct line of communication between us and our Lord and Creator. It is considered to be the essence or epitome of worship. When we raise our hands in supplication to Allah ﷻ it shows that we recognize the reality of our relationship with Him. We recognize that we are His servants and that He is our Lord and Creator. We acknowledge and admit that we don’t have the power, ability, or capability to do anything without the help and assistance of Allah ﷻ. By supplicating to Allah ﷻ we are fulfilling our obligation of calling upon Him. And the beautiful thing is that when we call upon Him, He answers. Allah ﷻ says, “And your Lord says call upon me and I will respond to you.” Similarly, in Sūrah al-Baqarah Allah ﷻ says, “[Prophet], if My servants ask you about Me, I am near. I respond to those who call Me, so let them respond to Me, and believe in Me, so that they may be guided.” [2;186]

When a person frequently calls upon Allah ﷻ it shows that they have firm faith and a strong relationship with their Lord and Creator.

Hope means that we have a positive attitude in terms of our relationship with Allah ﷻ; that we are optimistic. We have hope in his forgiveness, mercy, grace, bounty, and reward. And we balance that hope with fear; we fear his anger and his punishment. This balance between hope and fear is the reality of īmān. It is also how we express our love for Allah ﷻ. If we maintain these two things, supplication and hope, then Allah says, “I shall forgive you for what you have done, and I shall not mind.”

Acknowledging Sins, No Matter How Many

The second scenario described in this ḥadīth is one in which a person has sinned so much that if they were to be piled up they would reach the clouds. “O Son of Adam, were your sins to reach the clouds of the sky and you then asked forgiveness from Me, I would forgive you.” No matter how great or how many sins we have done, they can never be greater than the forgiveness and mercy of al-Raḥmān, al-Raḥīm, and al-Ghafūr. All we have to do is turn to Allah ﷻ and ask for his forgiveness. We have to humble ourselves, acknowledge our faults, confess our sins to Allah

, and simply ask Him to forgive us. Allah ﷻ tells us in Surah al-Nisa, “Whoever acts evil or wrongs himself, then seeks forgiveness from Allah, shall find Allah Most-Forgiving, Very-Merciful.” [4;110]

Similarly, in the Quran Allah ﷻ tells us to ask for his forgiveness: “And seek Allah’s forgiveness. Truly Allah is forgiving merciful.” [2;199]

Seeking forgiveness, actually turning to Allah ﷻ, and asking Him to forgive our sins, is a very humbling and empowering experience. It requires one to humble themselves, acknowledge their mistakes, and actually ask for forgiveness. This simple, yet powerful act, can have a profound impact on a person’s mindset and attitude. Perhaps that is one of the reasons why the Prophet ﷺ taught his followers to seek forgiveness from Allah ﷻ a hundred times a day.

The third scenario described in this ḥadīth is that a person comes to Allah ﷻ with an Earth full of sins. Meaning, they have sinned so much that the amount of their sins would fill the entire earth. Allah ﷻ says, “O Son of Adam, if you were to come to Me with sins that are close to filling the Earth, and then you were to meet Me without associating any partners with Me, I would bring you forgiveness nearly as great as it [too].” [34, 40 Hadith Qudsi]

Every single human being, every single one of us, is in need of the mercy and forgiveness of Allah ﷻ. Everyone is guilty of some sort of mistake, sin, poor choice, or act of disobedience. There is no such thing as a perfect human being. Everyone has their own faults, shortcomings, and weaknesses. The pull of the world, the dunya, temptations, desires, and wants is extremely powerful. The struggle is real. The Prophet ﷺ even said, “Every single son of Adam is a profuse wrongdoer. And the best of profuse wrongdoers are those who repent frequently.”3Tirmidhī, k. ṣifah al-qiyāmah wa al-riqāq wa al-warʿ ʿan rasūlillah, 2499 Meaning, not only do we sin, but we sin a lot. We sin publicly and privately, knowingly and unknowingly, big and small.

Although we may not initially recognize it, these sins have a huge effect upon our hearts. The Messenger of Allah ﷺ said: “Verily, when the slave (of Allah) commits a sin, a black spot appears on his heart. When he refrains from it, seeks forgiveness and repents, his heart is polished clean. But if he returns, it increases until it covers his entire heart. And that is the ‘Rān’ which Allah mentioned: ‘Nay, but on their hearts is the Rān which they used to earn.’”4Tirmidhī, k. tafsīr al-Quran ʿan rasūlillah, 3334

Allah ﷻ says in surah Al-Tahrim, “O you who have believed, repent to Allah with sincere repentance. Perhaps your Lord will remove from you your misdeeds and admit you into gardens beneath which rivers flow [on] the Day when Allah will not disgrace the Prophet and those who believed with him. Their light will proceed before them and on their right; they will say, ‘Our Lord, perfect for us our light and forgive us. Indeed, You are over all things competent.’” [66;8]

Allah ﷻ loves those who turn to Him in repentance. “Indeed, Allah loves those who are constantly repentant and loves those who purify themselves.” [2;222] Repentance is extremely powerful; it removes one’s sins. The Prophet ﷺ said, “One who repents from sin is like one who has no sin at all.”5al-Bayhaqī, Shuʿab al-Īmān, 6780

Empower Yourself to Seek Allah’s Forgiveness

Keeping this in mind has a very powerful impact on our ability to forgive ourselves and overcome any obstacles on our journey back to Allah ﷻ. If we make a mistake, acknowledge it, seek forgiveness, repent, and keep moving forward.

I Don’t Know If Allah Will Forgive Me

From The Chaplain’s Desk: Valuing And Nurturing Faith On Campus

Therapist’s Perspective: My Husband Is Not As Practicing As Me (Part II)