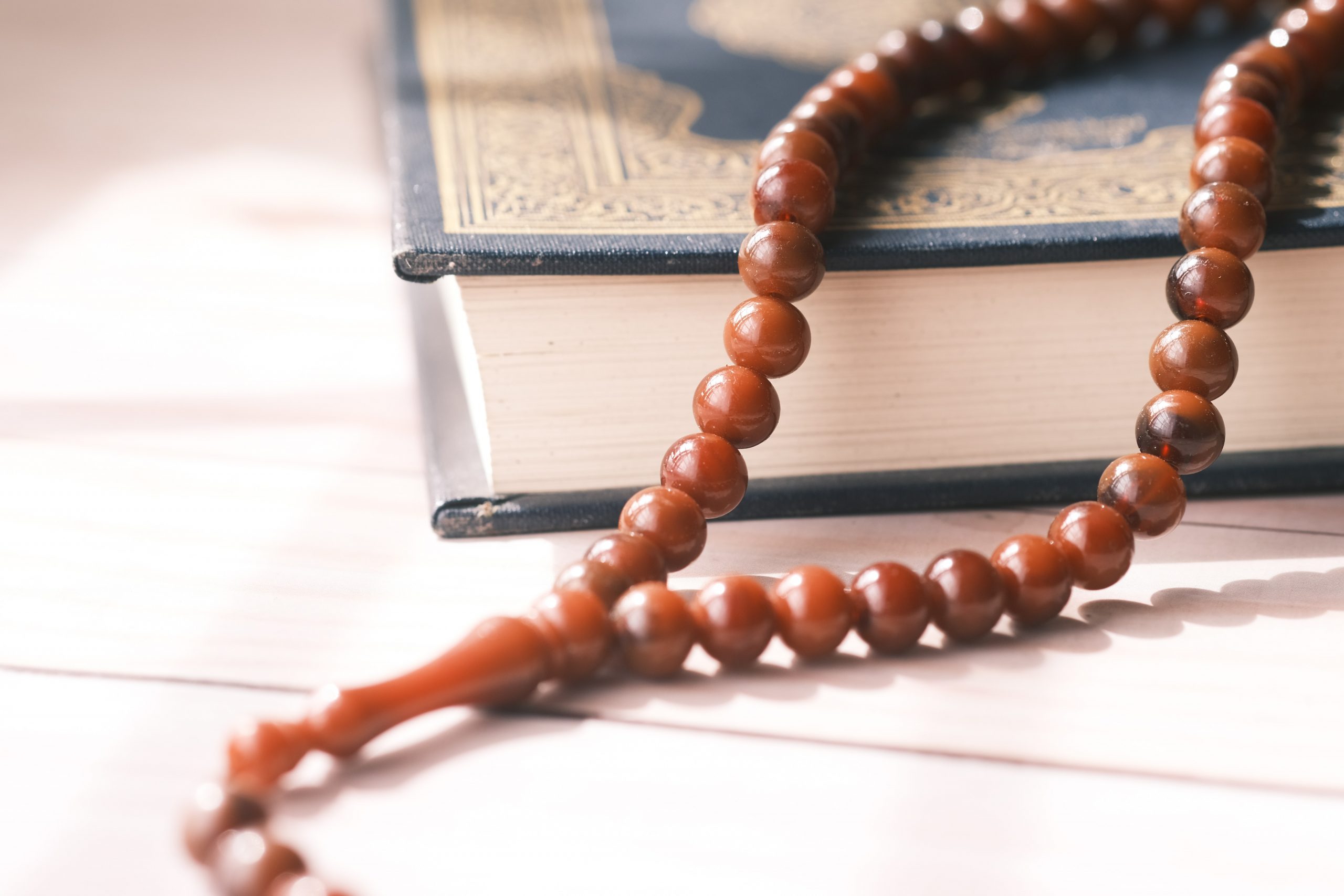 Our Lord has not made the days of the year equal, nor has he made the times of the day the same. He

has preferred and blessed some timings and periods over others. This is indeed a great blessing, because the times and days that are more virtuous than others give us the opportunity to strive and excel in our deeds. Of the days Allah

has chosen is Friday, of which the Prophetﷺ  said, “The best day upon which the sun rises, is the day of Jum’aah” [Muslim]. Likewise, of the months, Allah

has chosen Ramadan as the most blessed month of the year. Similarly, the first 10 days of Dhul-Hijjah are the best days of the year and it is unfortunate that many Muslims are unaware of the superiority of these ten days, and as a result miss out on the opportunity to accumulate and maximize rewards during this period. Our Prophet Muhammad

What Makes These 10 Days So Special?

completed and perfected the religion of Islam.

“Today I have perfected your religion for you; and I have completed my favor upon you and chosen Islam for you as your religion.”  [Surat Al-Mā’idah; 5:3]

stated that: “All of the good deeds are combined in these 10 days in a way that they are not in any other time.”  This means that the 5 pillars – the foundation upon which all other deeds are built upon – are encapsulated within these ten days; such as the Shahadah (testimony of faith), Prayer, Charity, Fasting and the Hajj.

How Can We Make The Most Of These 10 Days?

1. Uphold Your Obligations – First and foremost, it is important not to neglect the obligatory deeds; such as refraining from those things which have been forbidden, and adhering to that which has been commanded. Allah

the Exalted, has said: “…the most beloved thing with which My slave comes nearer to Me, is what I have enjoined upon him.” [Al-Bukhari]

Following this then, increase in doing as many voluntary good deeds as possible; such as giving charity, and after the obligatory prayers sitting at the place of prayer for a few minutes and engaging in making du’a (supplication) and dhikr (remembrance). Praying  salat-ul Dhuha – although a voluntary prayer- was highly praised by the Prophet

said: “Whoever prays the Fajr prayer then sits in his place of prayer remembering Allah

The time of Dhuha begins after the sun has fully risen and it ends approximately 15 minutes before Dhuhr prayer. The minimum number of rak’ahs to be prayed is two, while there is no agreed consensus on the maximum number. However, the Prophet

has said: ‘The (voluntary) prayers of the day and night are to be offered two by two.” [At-Tirmidhi and Ibn Majah]. Another act of worship that earns mountains of reward is the recitation of the Qur’an. Regarding this, our Prophet

said: “Whoever recites a letter from the Book of Allah

, he will receive one good deed as ten good deeds like it. I do not say that alif-laam-meem is one letter, but rather alif is a letter, lam is a letter, and meem is a letter.” [Tirmidhi]

2. Increase in Supplication –  Du’a is a great act of worship that is beloved to Allah

. Therefore, it is important to remember all of the best times to make dua’: i.e. during sujood (prostration), in the last third of the night, right before the breaking of the fast, between adhaan (call to prayer) and iqaamah (start of the prayer), and when it is raining.

3. Fast on the Day of Arafah – Fasting  is a great act of worship and can be observed at any time of the year (except on the days of Eid). However, fasting on the day of Arafah is highly recommended. Our Prophet

“Fasting the Day of Arafah expiates the sins of the past year and coming year,” [Bukhari]

Fasting is also a time when our du’as are answered. Our Prophet

4. Increase the Remembrance of Allah

(dhikr) – Dhikr is a very powerful and simple way to remember our Lord. It is a means of strengthening our relationship with Him

and purifying our soul. Our  Prophet

“There are not any days greater, nor any days in which deeds done in them are more beloved to Allah

, than these ten days (of Dhul-Hijjah). So, increase in them the saying of tahleel (laa-ilaaha-ill-Allah), and takbeer (Allahu-Akbar) and tahmeed (al-hamdu-lillaah).”

5. Seek Repentance – As human beings we have many shortcomings and often fall in sin. It is therefore critical to be constant in seeking forgiveness from Allah

said, “Every son of Adam commits sin, and the best of those who commit sin are those who repent.” [Ibn Majah]. True repentance is to feel remorseful, while firmly deciding to not return to the sin again. If the sin involves transgressing the rights of another person, then it is important to restore those rights.

6. Uphold the Ties of Kinship and Make Peace with Others – Mending of strained relationships and taking the first step towards making peace is one of the most noble and virtuous acts, especially with family members. Sadly, we allow petty arguments to overwhelm us and in the process, we ruin relationships. This is the best time to re-establish ties of kinship and make peace. The Prophet

has emphasized the importance of showing respect for, and upholding the ties of kinship, and in the Qur’an, Allah

has forbidden us from severing relationships, “… and fear Allah through Whom you demand your mutual (rights), and (do not cut the relations of ) the wombs (kinship). Surely Allah is an All-Watcher over you…” [Surat An-Nisā; 4:1]

said that “Whoever is pleased to have his provision expanded and his life span extended, let him keep good relations with his family.” [At-Tirmidhi]. Upholding ties of kinship is not based on reciprocal acts, such as returning favors, or some other worldly motive. Our Prophet

7. Focus on Good Characteristics – A pilgrim performing Hajj must refrain from getting into disputes and acts of disobedience, and we should also do the same. For example, forgive those who have wronged us, visit the sick, help those in need, and in general speak words of justice and kindness.

8. Perform the Udhiyah (Sacrifice) –  This is the sacrificing of an animal on the day of ‘Eid ul-Adha; which is a great act of worship and charity that will bring about Allah’s

pleasure. It is an act that revives the sunnah (example) of our Prophet Ibrahim (ranhu) who submitted unconditionally to Allah’s

commands by even being prepared to offer his beloved son as a sacrifice. The spirit behind this example is to show obedience and submission to Allah

; therefore, this is a time to strengthen our relationship with our Creator. Allah

makes a special connection between the Udhiyah and taqwa,

“Their meat will not reach Allah, nor will their blood, but what reaches Him is piety (taqwa) from you.” [Surat Al-Ĥaj; 22:37]

also used to make a sacrifice every single year during this time. Any Muslim intending to sacrifice an animal should avoid cutting the hair and clipping the nails; this is to demonstrate respect for the sanctity of these blessed days. Prophet Muhammad

is reported to have said: “When anyone of you intends to sacrifice the animal and enter in the month of Dhul-Hijjah, he should not get his hair cut or nails pared till he has offered his sacrifice.” [Muslim]

9. Perform Eid Prayer on the 10th of Dhul-Hijjah – Attending the Eid Prayer and listening to the khutbah (sermon) is an important feature of the day of Eid, and is a time when Muslims show their unity and solidarity. The Prophet

encouraged everyone to attend the Eid Prayer, even menstruating women who are exempt from praying.

During the first 10 days of Dhul Hijjah, we must capitalize on, and seize the opportunity to do as many good deeds as possible. This is a time when our Lord multiplies our rewards for any good deeds we do, and any good deeds done in these 10 days, will supercede good deeds done on any other days of the year.  At the same time, we must also be vigilant of sinning or indulging in acts that may deprive us of Allah’s

blessings during the best days of the year.