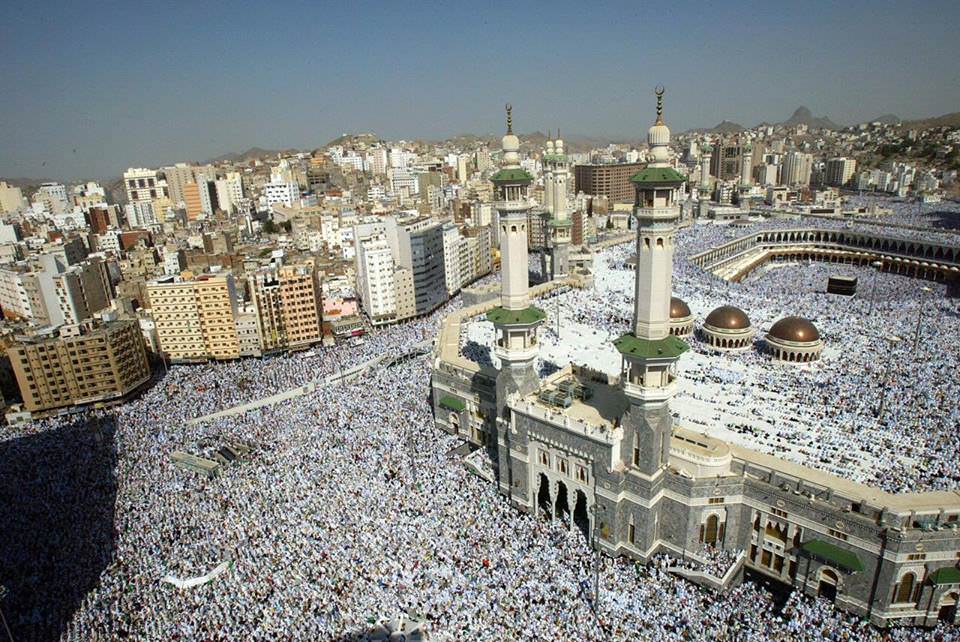 There are so many like myself could not go to Hajj this year.

But even when we are physically far away from Makkah, our hearts with the Hujjaj (pilgrims), thinking about what they are doing, praying for them and hoping to be like them soon. One of the things that I thought could help us to catch up with them is to do the actions that equal to Hajj in reward! Yes, equal to Hajj as our prophet Mohammad

In many ahadith, our beloved

gave us tips as to how to catch up in reward in the following traditions:

reported: The poor came to the Messenger of Allah

“Oh, Messenger of Allah, the wealthy have gone with the highest ranks and lasting bliss. They offer Salat (prayer) as we offer it; they observe fast as we do; and as they are wealthy, they perform Hajj and ‘Umrah, and go for Jihad, and they spend in charity.”

The Messenger of Allah said,

“Shall I not teach you something with which you may overtake those who surpassed you and with which you will surpass those who will come after you? None will excel you unless he who does which you do. You should recite: Tasbeeh (Allah is free from imperfection – Subhan Allah), Takbeer (Allah is Greatest – Allahu Akbar), Tahmeed (Praise be to Allah – AlHamdu lillah) thirty-three times after each Salat.” [Al-Bukhari]

narrated that a group of the Companions came to the Prophet

“O Messenger of Allah, the wealthy people will have higher grades and will have permanent enjoyment and they pray like us and fast as we do. They have more money, which they give in charity.”

“Whoever prays Fajr in congregation, then sits remembering Allah until sunrise, then prays two units of prayer, has a complete reward of Hajj and ‘Umrah. (The Prophet

said that the Prophet

“Whoever goes to the mosque not desiring except to learn or teach what is good has the reward of a pilgrim who completed his Hajj.” [Tabarani]

My brothers and sisters, if you missed standing before Allah in Arafah, stand for his religion wherever you are! If you are far from the House, be close to the Lord of the House! And if you aren’t at Mina, don’t be a sinner!

10 Pieces of Advice Before You Leave for Umrah