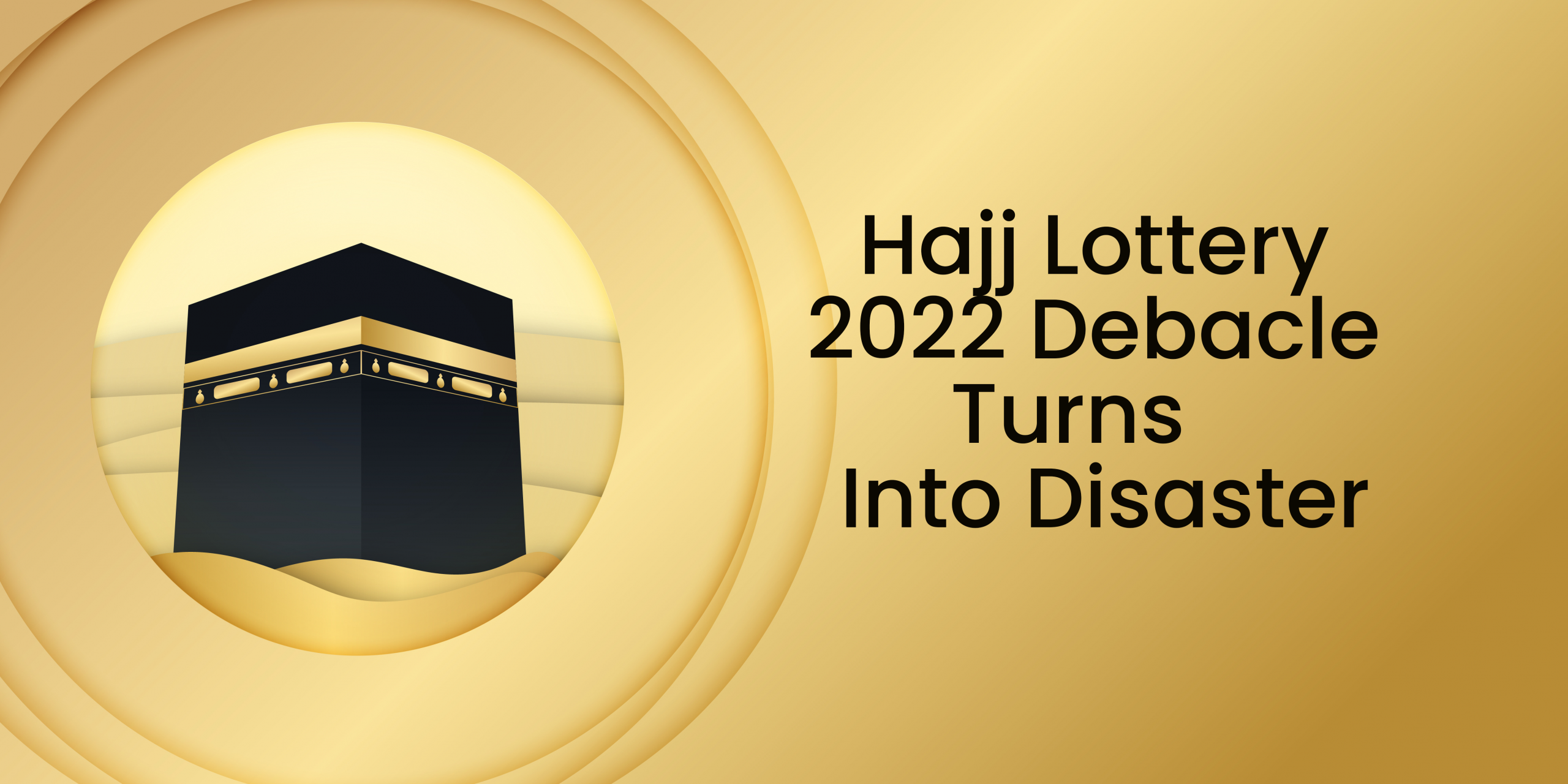 The Hajj 2022 Lottery Debacle now turns into a Disaster

A week ago we previously outlined the challenges faced by Muslims from Western Countries with the Hajj 2022 lottery implementation and processes. The situation has deteriorated, further shattering the dreams for many.

To summarise and put it bluntly:

Issues with the Hajj Booking Process 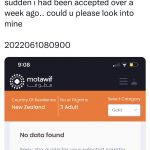 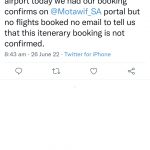 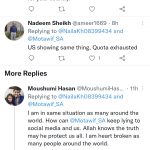 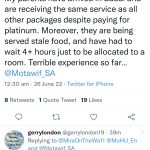 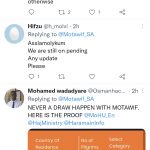 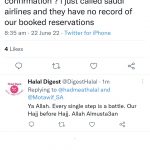 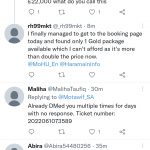 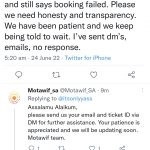 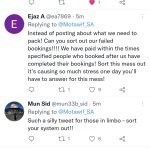 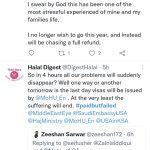 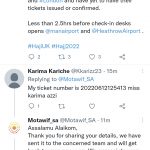 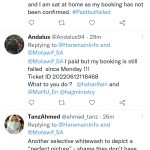 Whilst the whole draw process left had its fair share of issues, challenges and questionable principles, it was hoped the actual booking process would be a lot smoother. This was not to be with many pilgrims encountering the following issues:

Issues with choice of packages, availability and inflated prices

Issues with booking and flight confirmations including missing flights

As mentioned above the #paidbutfailed impact has left an unknown number of people who have had their money taken, the date for their trip either already passed or coming up in a matter of hours or days and left stranded without booking confirmation and being issued a Hajj Visa.

Perhaps the greatest disaster even given all of the issues that have been documented, is the abhorrent lack of acknowledgment and silence with what has taken place. Continued posts showing the welcoming of pilgrims upon arrival with roses, sweets and coffee which most would see as a publicity stunt have left a bitter resentment at the complacency and lack of care towards the pilgrims situation from Western countries.

What has been quite puzzling are the posts and statements that the Ministry of Hajj and Umrah has been releasing without acknowledging any of the concerns pilgrims continue to raise and challenges they face.

The Ministry of Hajj and Umrah released a press statement claiming the following:

“This new endeavour falls within the strategic framework of the MOHU to develop a digitalized Hajj registration experience, streamline application procedures, and offer reduced, competitive prices to pilgrims from those countries”.

There were reports that early on Saturday, 25th June, the system was working smoothly for certain people, where they finally got approved and were able to book their packages and get their Hajj visas in under an hours. However this was only for a select group of people and those that were still stuck in the system were largely left in the same position. This further then questions the whole lottery draw process and how some people who had been approved for a couple of weeks weren’t able to secure their place for Hajj 2022 whilst others were able to secure their place a week or so later in a matter of minutes after being approved.

(Update) Then on June 30th, the Ministry released the following press release and has announced that an urgent package of solutions. 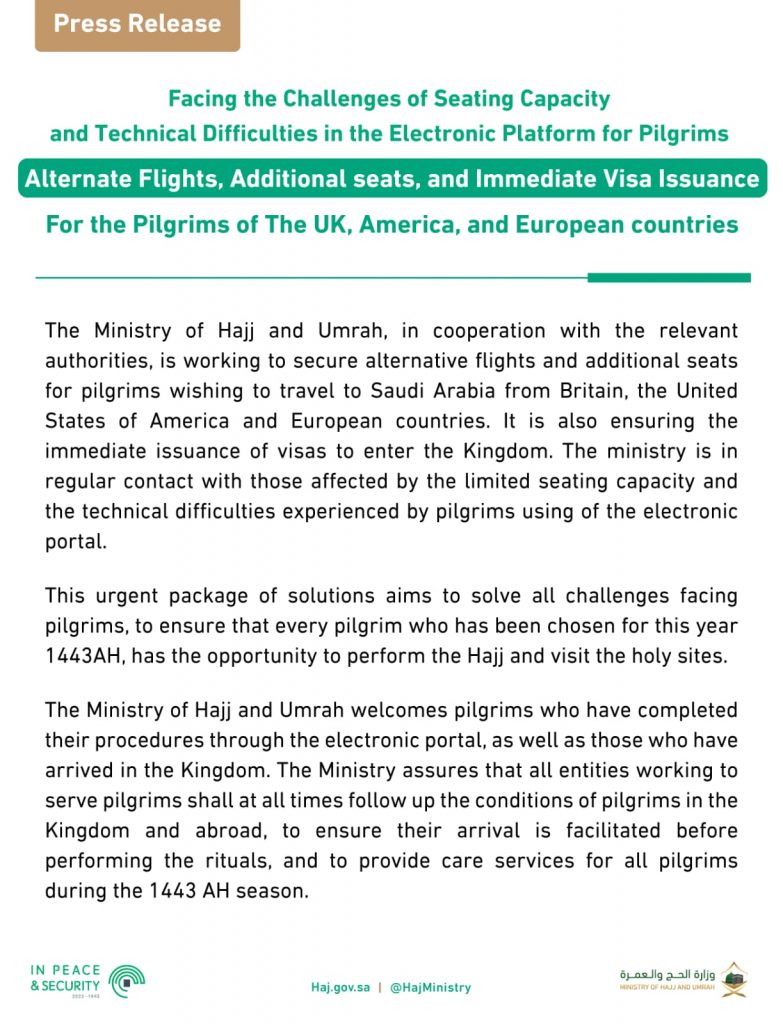 Even the Haramain Sharifain has finally put out a blog post through their official channels titled “the failed launch of Motawif” in response the tidal wave of social media commentary and major news outlets who have begun reporting further on the dire situation that exists.

Issues with lack of spiritual guidance as promised

One of the main issues that was raised with the new process in my previous article was the ability of the spiritual transformation of pilgrims to be maintained as it had been under Hajj operators. Motawif had claimed that it would conduct webinars for those approved and selected to teach them the Manasik of Hajj and give guidance on how to prepare for the journey. Other than a very basic guidance on Ihram via pictures that has come out in the past week, too late for those that have already made their journey to Saudi Arabia and basic list of items on what to pack, there has been no guidance whatsoever given to pilgrims to date. This doesn’t engender any confidence with what guidance if any would be given to pilgrims on arrival or during the Hajj itself.

Issues on arrival including no hotel bookings, wrong packages and placed into rooms with Non-Mahrams.

This should not come as surprise when the travel agency being used is connected with BJP supporters and are not Muslim.

To add insult to injury those that have managed to make to the blessed journey and lands have had to contend with a myriad of issues upon arrival:

With Hajj getting closer by not only the day but by the hour there is very likely anything that is going to change substantially between now and then. I hope that we are wrong and that a miracle happens, but judging by the press statements and the social media posts there doesn’t seem to be any commitment to outwardly publicly deal with issue. I understand that this is generally not the way of the Ministry of Hajj and Umrah, but given its goals, strategic vision of 2030 it needs to reconsider this current stance.

What we would all like is an acknowledgment and explanation of what has occurred, it’s the very least that those who have had their dreams shattered deserve, Even if for example the company that was originally tasked with providing the service left their contract mid-way through implementation and left the Ministry of Hajj and Umrah in a difficult position, an explanation of this would at least give people perspective and help regain lost trust and respect!

As I have previously shared on a way forward for Hajj, from next year onwards I strongly recommend that this proposal is adopted. There are merits to the new system once it has been tried and tested, there are resources to cope and support pilgrims and the perfect time to do that is when the Hajj quotas increase in line with the 2030 vision. For now we must involve Hajj operators as we used to, but use the benefits of the digitilisation where we can in creating efficiencies, transparency and competitive price and choice.

Given what has occurred and the current state of affairs it looks likely that there will be a return to the use of Hajj operators moving forward. I would encourage that all Western Countries develop a Hajj mission with the backing of their own governments or in partnership with other Western governments. This would be a test of political relationships in those respective countries and it is unlikely some governments would be willing to get involved, but it’s worth a try.

Know for all those that have lost hope or been devastated in not being able to attend Hajj this year, that we must remind ourselves as Muslims that everything is good for a believer and that we plan and Allah

Plans and Allah is the Best of Planners! You will still receive the reward for your intention and I ask Allah

to invite you all to perform Hajj next year if you do miss out or have missed out. We must have continued patience and faith in the tests that befall us, the reward of an accepted Hajj is nothing other than Jannah and the reward is commensurate with the hardships encountered! Despite all of this we must still try and improve the experiences for future pilgrims going on Hajj the journey of a lifetime by learning from the challenges and errors that may have been made.

Shan is an Entrepreneur with a passion for Adult Vocational Education. He is committed to working to empower the Muslim community and loves to travel. He is an Australian Hajj and Umrah guide for Sunnah Foundation and has been assisting pilgrims for over a decade.