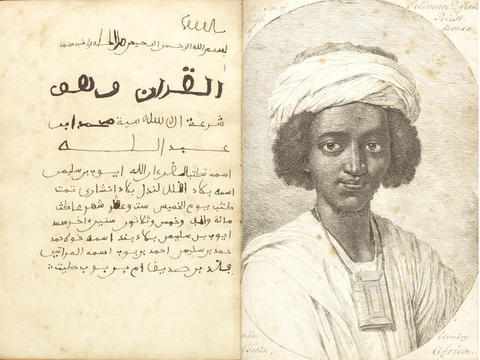 In the second decade of the 21st century in America, Muslims consider themselves “as American as apple pie,” don American-flag hijabs, and consider their presence and participation in American politics as a crowning achievement. There is little to no resemblance between the majority of the American Muslim population today, and the very first Muslims who landed in America – not as privileged individuals, but as enslaved people at the hands of vicious white colonizers who had already decimated the Indigenous population and who had no qualms about destroying the lives of their slaves. Dr Sylviane A. Diouf’s book “Servants of Allah: African Muslims Enslaved in the Americas” tracks the journeys and experiences of African Muslims who found themselves shipped aboard slave-trafficking vessels and taken to the other side of their known world. From their induction into the Transatlantic slave trade, to their determination to uphold the five pillars of Islam – regardless of their circumstances – to the structure of the enslaved Muslim community, their prized (and dangerous) literacy, and their never-ending resistance against slavery, Diouf illustrates in incredible detail the powerful and painful experiences of enslaved African Muslims, and the legacy that they left behind in the Americas. 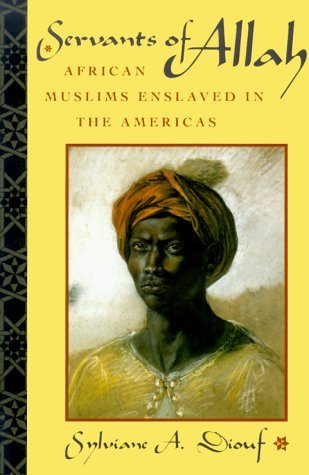 In Chapter One, Diouf begins by answering the very first question that arises when considering the path of enslaved African Muslims: how did they end up enslaved in the first place? Slavery already existed as an institution in Africa, though vastly different from the horrifying standards of the European slavers. Between the existing slave trade, military conflicts that created prisoners-of-wars who were then sold as slaves, and the European propensity for kidnapping innocent people, many Muslims found themselves swept into the Transatlantic slave trade. These same Muslims were the ones who provided us with much of the knowledge that we have today regarding the American slave experience. Most African Muslims were literate, due to the religious and cultural importance of education; of those enslaved, many were religious scholars or students of knowledge. They described how they were captured, the torturous journey of the slave caravans across the continent, and the even more horrific experience of the slave ships themselves. These men also documented their lives as slaves, and indirectly, provided deep insight into their own inner nature.

Despite the intense pressure and demands on African enslaved people to renounce their ‘heathen faith’ and be inducted as Christians, African Muslims demonstrated a commitment to Islam that should cause modern Muslims today to feel deeply ashamed in comparison. The very first words that Job ben Solomon (Ayuba Suleyman Diallo) uttered, after running away and then being discovered in Pennsylvania, were the shahaadah; Omar ibn Sa’id wrote numerous Arabic manuscripts, in which the shahaadah was always found (Diouf, 2013, p. 72-73). When Catholic priests tried hard to educate slaves about Christianity as part of the conversion process, the African Muslims were both resistant and unimpressed; they were already familiar with many Biblical stories, thanks to their Qur’anic education. Of those who seemed to have accepted Christianity, many did so only outwardly, while confirming their belief in Allah and His Messenger in every aspect of their lives. Indeed, in Brazil and other areas where there were large concentrations of Muslim slaves, the Muslims established underground madaaris to maintain and pass on their Islamic knowledge and education. Muhammad Kaba Saghanughu was a man whom the missionaries had thought was successfully converted when he provided all the right answers to their pre-baptismal questions – eleven years later, in a Baptist Missionary Society notebook, he wrote a 50-page fiqh manual in Arabic that encompassed the rulings of salaah, marriage, and other topics.

Slavery did not stop the African Muslims from maintaining their salaah in whatever manner they could manage, considering their circumstances. Some did so in secret, while others insisted on upholding their salaah in public, to the extent that these incidents were recorded by the descendants of slaves and slaveholders alike. In Brazil, the African Muslim community – both enslaved and freed – held together so strongly that they were able to secretly establish Salatul Jumu’ah and attend gatherings of dhikr, even in the face of intense scrutiny (Diouf, 2013, p. 88-89).

Perhaps one of the most greatly moving examples of enslaved African Muslims’ dedication to their Islam was that even in the midst of the utter poverty of slavery, they found a way to uphold zakaah, sawm, and Hajj. In Brazil, it was recorded that the Muslims would end Ramadan with the exchanging of gifts, no matter how simple they were; in truth, these gifts were zakaatul fitr and zakaatul maal.

In other areas, the descendants of Muslim slaves recalled that their parents and grandparents would make rice cakes called saraka at least once a year – saraka was a corruption of the Arabic word sadaqah, and the rice cakes were a Jumu’ah tradition in West Africa. (Diouf, 2013, p. 92-94) In Ramadan, many Muslims sought to fast; indeed, despite the incredible hardship and lack of nutritious food that the slaves already endured, there were those who fasted voluntarily outside of Ramadan as well, often by pretending to be ill. They knew that their situation meant that fasting – in Ramadan and outside of it – was not obligatory on them, and yet, to them, no circumstance was bad enough to warrant not even attempting to observe Ramadan. Hajj was another pillar of Islam that was both impossible and no longer obligatory on the enslaved Muslims; yet in Brazil, in a house that was used as a masjid, there were illustrated depictions of the Ka’bah – demonstrating the emotional bond that the African Muslims had with the Sacred House.

Throughout Diouf’s book, the overwhelming theme that arises is the fierce commitment that enslaved African Muslims had to Islam. It was not superficial, shallow, or easily shrugged away in the face of difficulty. Instead, the African Muslims held onto their belief in Allah and their daily, lived practise of Islam, even when they had every excuse to relax their obligations. They upheld their Islamic and cultural dress code, not just at its minimum standard of modesty, but in a way that clearly demonstrated their religious identity (Diouf, 2013, p. 101-110). They found ways to make prayer mats and dhikr beads; they gave their children Muslim names in secret, when they were expected to present themselves as Christians; they even strove to observe whatever they could of the Islamic dietary code, by refusing to drink alcohol or eat pork – Ayuba Diallo went so far as to only eat dhabiha meat that he himself slaughtered (Diouf, 2013, p. 119-122). The enslaved African Muslims valued their Islamic identity above all. Even in slavery, they knew that their ‘izzah came from their Deen – and so did those around them, who noted their unique bearing in the face of the horrors of slavery.

The story of the African Muslims who were enslaved and brought to the Americas is not merely a history lesson, or a token homage in honour of Black History Month. It is a story that echoes the persecution of the earliest Muslims in Makkah, and applicable to Muslims today. Muslim minorities in the West are often all too eager to complain of our difficulties and to seek religious exemptions for our minor inconveniences. Yet who are we in comparison to the earliest African-American Muslims, who endurable the unspeakable? Who are we, with our privileges, with our very freedom, in comparison to those Muslims who were stripped of everything and everyone they knew and loved, and who still held ever tighter to the Rope of Allah? One may say that it is unfair to compare us and them; that to recognize their struggles should not mean invalidating the challenges we face today. Certainly, we face numerous different fitan that are very different from what they experienced, but the truth is that we should compare our attitudes with those of our predecessors. We should be ashamed of our own weaknesses in times of privilege compared to their strength in times of oppression. More importantly, we must learn from them what it means to have such a relationship with our Creator and our Deen that we are capable of surviving and thriving in even the worst of circumstances.

May Allah have mercy on the enslaved African Muslims who endured one of this Ummah’s historic tragedies, and may He make us of those who demonstrate their strength of love for Him through every tragedy of our own.

The Problem With “When They Go Low, We Go High” In An Anti-Black Society