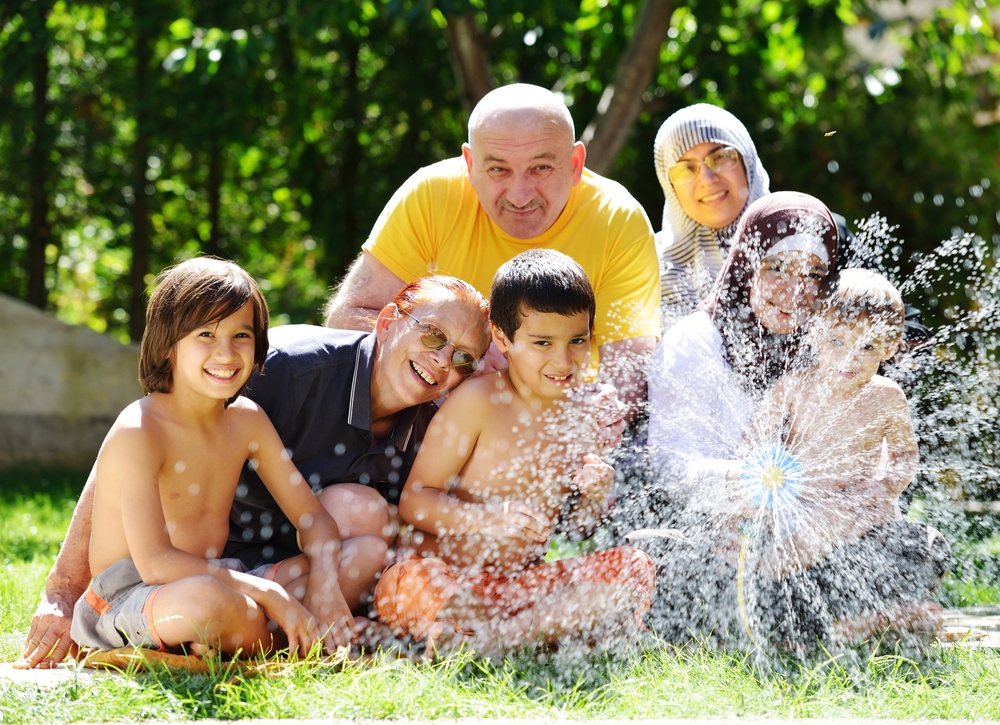 I grew up in a small rural village of a developing country during the 1950s and 1960s within a wider ‘extended’ family environment amidst many village aunties and uncles. I had a wonderfully happy childhood with enormous freedom but traditional boundaries. Fast forward 30 years, my wife and I raised our four children on our own in cosmopolitan London in the 1980s and 1990s. Although not always easy, we had a wonderful experience to see them grow as adults. Many years and life experiences later, as grandparents, we see how parenting has changed in the current age of confusion and technology domination.

While raising children is ever joyous for parents, external factors such as rapidly changing lifestyles, a breath-taking breakdown of values in modern life, decline of parental authority and the impacts of social media have huge impacts on modern parenting.

Recently, my wife and I decided to undertake the arduous task of looking after our three young grandchildren – a 5½-year old girl and her 2-year old sibling brother from our daughter, plus a 1½-year old girl from our eldest son – while their parents enjoyed a thoroughly deserved week-long holiday abroad. My wife, who works in a nursery, was expertly leading this trial. I made myself fully available to support her. Rather than going through our daily experiences with them for a week, I highlight here a few areas vis a vis raising children in this day and age and the role of grandparents. The weeklong experience of being full time carers brought home with new impetus some universal needs in parenting. I must mention that handling three young grandchildren for a week is not a big deal; it was indeed a sheer joy to be with these boisterous, occasionally mischievous, little kids so dear to us!

In our trial case, we had some struggles in putting the kids to sleep in the first couple of nights. We also faced difficulties in the first few mornings when our grandson would wake up at 5.00am and would not go back to sleep, expecting one of us to play with him! His noise was waking up his younger cousin in another room. We divided our tasks and somehow managed this until we got used to a routine towards the end of the week.

A grandparent, however experienced she or he may be, can be there only to lend an extra, and probably the best, pair of hands to the parents in raising good human beings and better citizens of a country. With proper understanding between parents and grandparents and their roles defined, the latter can be real assets in a family – whether they live under the same roof or nearby. Children need attention, appreciation and validation through engagement; grandparents need company and many do crave to be with their own grandchildren. Young grandchildren, with their innate innocence, do even spiritually uplift grandparents in their old age.

Through this mutual need grandparents can transfer life skills and human values by reading with them, or telling them stories or just spending time with the younger ones. On the other hand, in our age of real loneliness amidst illusory social media friends, they get love, respect and even tender support from their grandchildren. No wonder the attachment between grandparents and grandchildren is often so strong!

In modern society, swamped by individualism and other social ills, raising children in an urban setting is indeed overwhelming. We can no longer recreate ‘community parenting’ in the traditional village environment with the maxim “It needs a village to raise a child’, but we can easily create a productive and innovative role for grandparents to bring about similar benefits.

Dr Muhammad Abdul Bari is an educationalist, parenting consultant and author. Dr Bari has a long involvement with several large voluntary organisations including the East London Mosque, Muslim Council of Britain, Citizens UK and Muslim Aid. His memoir A Long Jihad: My Quest for the Middle Way was published in summer 2018.