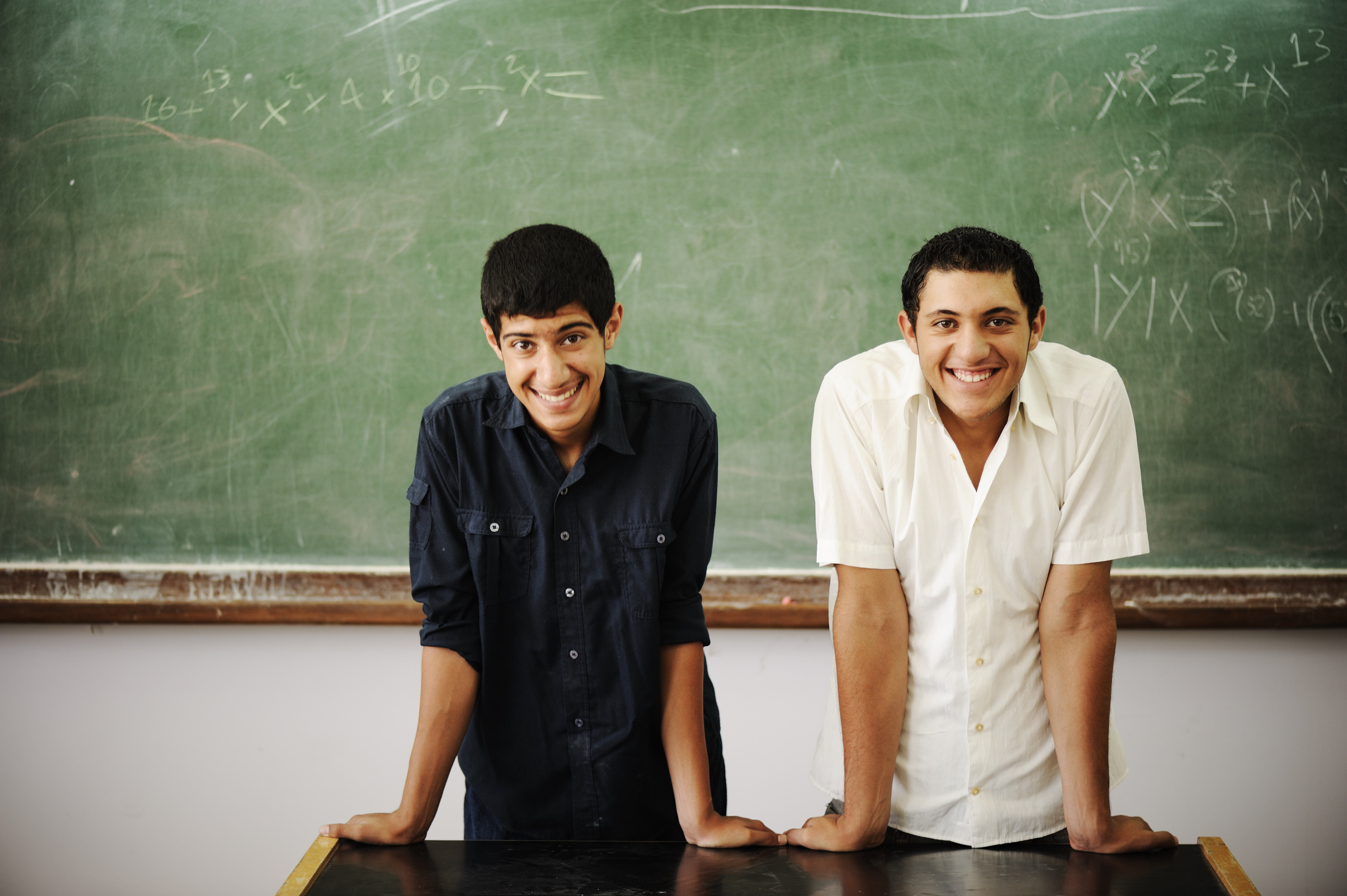 I remember driving to college orientation over the summer with my father, may Allah have mercy on him. I was going to be going to school out of state, and at the age of eighteen, this was the first time that I would be living away from home.

We talked about a lot of things, and nothing in particular but one of the stories he shared stayed with me. There was an Imam who had a close circle of students and one of them became absent for an extended period. Upon that student’s return, the Imam asked him where he had been, to which the student replied,

The student replied, “Egypt is where knowledge resides.”

Sometime later, the imam had another student who also was absent and upon his return, the Imam asked him where he had gone to which the student replied, “Egypt!” The imam said to him, “Well, how was Egypt?”

The student said, “Egypt is nothing but amusement and play!”

There were students who had witnessed both conversations and asked the Imam later why he had borne witness to the truth of two antithetical statements to which the imam replied,

“They both found what they were looking for.”

I got the message. University could be a place of incredible learning, engagement with ideas, and can push you and challenge you in the best of ways. It can also be a non-stop party. A blur of heedlessness and hedonism that will bring about remorse and regret for that individual in the Dunya and Akhira.

I think back to that car ride fondly, and I appreciate the predicament of parting advice. A person who will be bidding farewell to someone so dear to them and wanting to give them something powerful that they can hold onto or wisdom that will guide them. Many students in the past weeks have been receiving similar parting advice from their families, and so in this article I wanted to share one of the advice of the Prophet

that he gave to a companion that he loved so much.

On the authority of Abu Dharr Jundub ibn Junadah, and Abu Abdur-Rahman Muadh bin Jabal (may Allah be pleased with him), that the Messenger of Allah (peace and blessings of Allah be upon him) said

“Have Taqwa of Allah wherever you are, and follow a bad deed with a good deed it will erase it, and treat people with good character.” (Tirmidhi)

The advice is comprised of three components

Have Taqwa of Allah wherever you are

Taqwa is the crown of the believer. And it is the best thing that a person can carry with them on the journey of this life, and the journey to meet their Lord. Allah says,

“And take provision, and the best provision is Taqwa.”

was asked as to what admits people into Paradise the most and he said, “Taqwa and good character.” (Tirmidhi)

And so what is Taqwa?

Talq ibn Habeeb gave a beautiful definition and description of Taqwa when he said,

To act in the obedience of Allah..

Upon a light from Allah..

The source for the action or inaction must come from revelation, a light from Allah. And this should stir us to seek knowledge so that our actions are onem guided by a light from Allah. You’ve made it to University, you are bright, gifted, intelligent and committed to education.  Do not let be the one thing that you remain uneducated about be your religion.

They know what is apparent of the worldly life, but they, of the Hereafter, are unaware. (Al-Room v. 7)

The prophet (S) said, “Allah hates every expert in the Dunya who is ignorant of the hereafter.” (Saheeh Al-Jaami’)

Make sure that you carve out time to attend halaqas on campus, seek out teachers and mentors who will guide you in learning about your religion even as you are pursuing your secular studies..

Seeking the reward of Allah..

The third component of Taqwa is the motivation:  that these actions that are being performed and that are sourced authentically in revelation must be performed for the sake of Allah, seeking His reward, and not for any other audience. That they not be done for shares, or likes or retweets. That a person does what they do of worship, that they abstain from what they abstain from of sin, seeking the reward of Allah and fearing His punishment.

Fear Allah wherever you are..

It was narrated from Thawban that the Prophet ﷺ said:

“I certainly know people of my nation who will come on the Day of Resurrection with good deeds like the mountains of Tihaamah, but Allah will make them like scattered dust.” Thawban said: “O Messenger of Allah, describe them to us and tell us more, so that we will not become of them unknowingly.” He said: “They are your brothers and from your race, worshipping at night as you do, but they are people who, when they are alone with what Allah has prohibited, they violate it.”

This hadeeth is a warning for the person who is quick, eager and ready to violate the limits of Allah as soon as the door is locked, or the curtains or drawn, or as soon as they have arrived in a new place where no one knows them. We will sin, but let our sins be sins of weakness or lapses of taqwa and not sins of predetermination and design. There is a big difference between someone who sins in a moment’s temptation and the one who is planning to sin for hours, days or weeks!

And follow a good deed with a bad deed it will erase it..

When we fall, as we must inevitably due to our being human, the prophet (S) instructed us to follow a sin with a good deed to erase it.

Commit a sin, give charity.

Commit a sin, perform wudhu as beautifully as you can and pray two rak’ahs.

And establish prayer at the two ends of the day and at the approach of the night. Indeed, good deeds do away with misdeeds. That is a reminder for those who remember. (Surat Hood v. 114)

A man from the Ansar was alone with a woman and he did everything with her short of fornication. In remorse, he went to the prophet (S) and confessed to him. Umar said to the man, “Allah had concealed your sins, why didn’t you conceal it yourself!” The prophet (S) however was silent.

The man eventually left and the prophet (S) had a messenger go to him to recite the aforementioned verse.  A man said, “Oh Messenger of Allah is it for him alone?”

And so for all people, sin plus good deed equals the sin is erased. That is a formula to be inscribed in our hearts for the rest of our lives.

Al-Hassan Al-Basri, the master preacher of the Tabi’een was asked,

“Shaytan would love to conquer you with that (notion), do not grow tired of seeking forgiveness”

But know that these sins that are erased by good deeds are the minor sins, as for the major sins they require repentance for the many verses in which Allah threatens punishment for those who commit major sins if they do not repent, and so repentance is a condition for the erasing of the effect of major sins.

And treat people with good character

in many hadith highlights the lofty stations that a believer attains with good character, for example:

The Messenger of Allah ﷺ said: By his good character a believer will attain the degree of one who prays during the night and fasts during the day. (Tirmidhi)

Abu Ad-Darda narrated that the Messenger of Allah

You’ve come of age at a time in which the majority of our interactions are online, and in that world harshness and cruelty are low hanging fruit seemingly devoid of consequences.

said, “Whoever lives in the deserts becomes harsh.” (Abu Dawood)

And social media is a desert, it is an experience where we are all alone, together.

So choose gentleness over harshness, choose forgiveness over vindictiveness, choose truth over falsehood and protect people from your harm.

said, “I am a guarantor of a house in the highest part of Jannah for whoever makes their character good.”

May Allah make us from them.

The Passing Of A Mentor: Shaykh Mufti Mohamed Umer Esmail