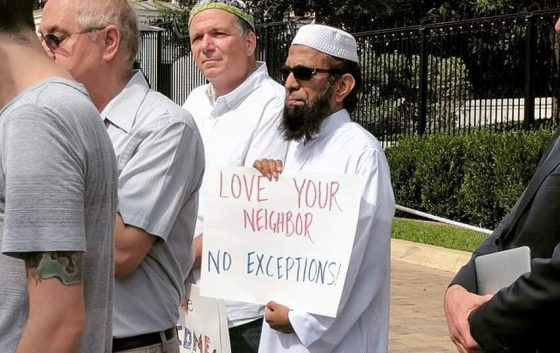 The past couple days I haven’t been able to write, thinking and reflecting over the passing of a great man, a mentor, someone I consider among the people that helped me become who I am. He was the Imam of Austin, a man who dedicated 18 years of his life to the community I grew up in and spent a good portion of my young adult life, Austin, Texas.

It’s an understatement to say that his passing was a shock to us all. A young 45-year-old, who left behind a loving wife and three daughters. It sent a powerful moment of reflection to us all. God loves those who work for His Sake and as our Beloved Prophet (peace be on him) has said that God said,

“… I do not hesitate about anything as much as I hesitate about taking the soul of My faithful servant: he hates death and I hate hurting him.” (Bukhari) 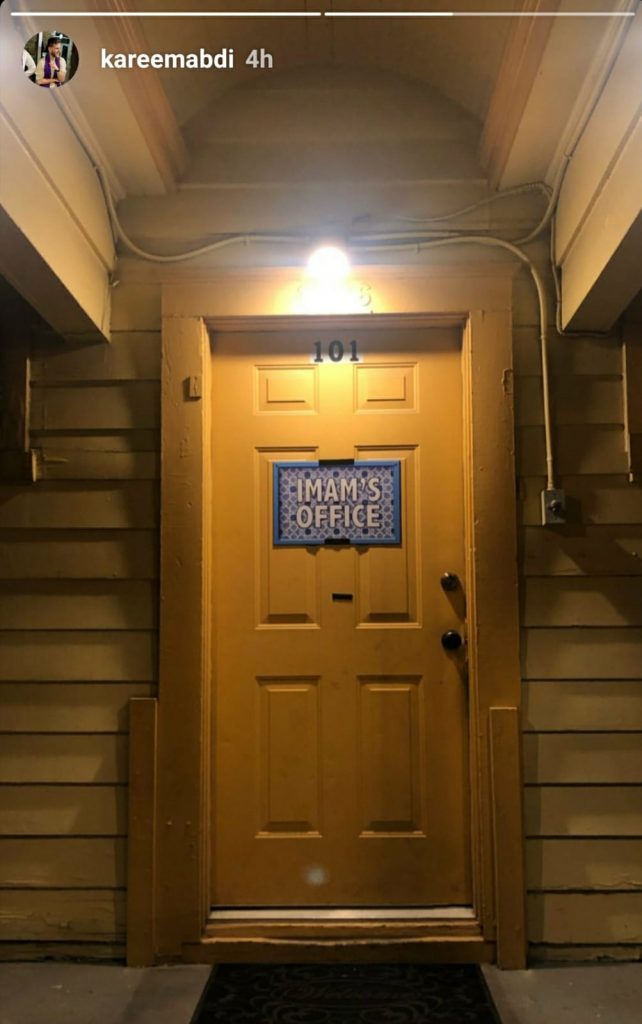 There is no doubt that Sh Umer Esmail was one of those faithful servants of God. A pillar in the community in his work. Someone that worked at every level and left a mark in the lives of people. He was involved in all aspects of our lives; he was there for the baby showers (aqiqahs) celebrating life, gatherings where one of our young finish reading the Quran for the first time (khatm), he was there for when we married; he conducted the nikah (wedding ceremony) of my own sister, he welcomed us to faith when one of us accepted Islam, he was the counselor when there were marital problems, he listened to the struggles of thousands and imparted the blessing of Prophetic wisdom to all walks of life, and he was there in sickness & in passing of the members of our community in their final moments and prayed over them in their funeral.

Now we have prayed over his. Thousands came to his janazah. 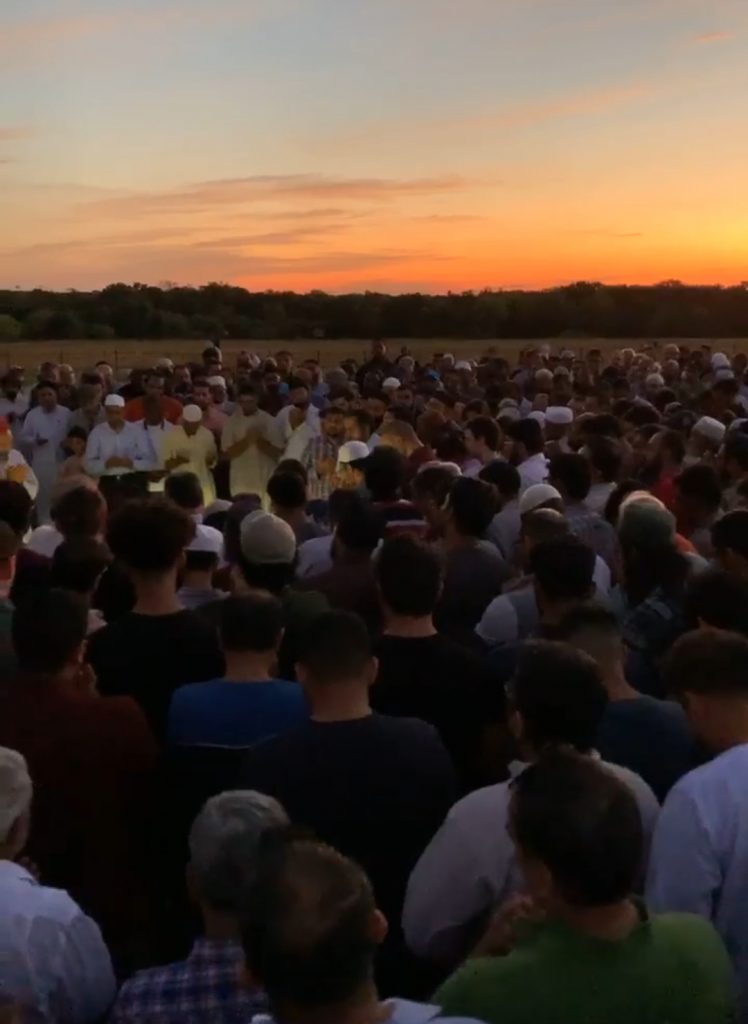 Moments of loss allow us all to really reflect over the impact we have left in life. Everyone remembers in sadness the person who we lost and the impact they made in their life. For me it was no different. I remember Shaykh Umer’s soft voice and calm tone. He had a soothing presence that would render you calm no matter what you were going through. His advice had helped countless university students and others going through things from crisis of faith to personal struggle or in need of advice. He taught with compassion.

One thing that struck me almost immediately, how dedicated he was to his family and his community. He taught that true impact was being in the service of people in what is tangible. Shaykh Umer was an embodiment of that.

He wasn’t involved in the non-issues of social media or the issues of matters that come and go. He was a hallmark of positivity in people’s lives and lived the Prophetic calling, servitude to God and service to creation.

I was reading over our exchanges in messages over the years remembering fondly moments with him. I remembered his soft tone in his sermons, and sometimes his humor where he literally enacted in an Eid khutbah the impact of superheroes but left us with powerful wisdom at the end. The lesson of empowering and being superheroes for others. I remembered when I went to Madinah to study, how happy he was for me. He would always remind me of the responsibility to the community. Knowledge must be imparted to those closest to you first, he would say. He would keep in contact with me and in his humility would ask me questions to ask my teachers for him.

Dec 4, 2011 he said, “As salam Alaikum, I make dua your studies are doing fine. I was wondering if you could ask your (teachers) …”

He kept a secret once when my wife and I planned to come to town to completely surprise my mother and father for my sister’s marriage nikah ceremony.

He wrote “I’ll keep hush about it. Mubarak to your and your family… let me know if you want to perform the marriage. The Prophet

I responded, “I think [the] best thing to ask my family iA once I see them, I’ll talk to them about it. You are our Imam, after all, Sh Umer : )”

Every time I visited Austin, he would always insist and invite me to give the sermon and conduct classes. He was a scholar who understood that we all work together in one service to the community.

He was a silent giant that many did not know. He had not only memorized the Quran but taught the different recitations of the Quran (the qira’at) for over a decade. On Seekers Guidance, he was a specialist in financial transactions in Islam and studied with some of the most prolific scholars of our time, ie. Mufti Taqi Usmani and others.

All in all, that one lesson just rings in my heart and soul: his mark and legacy was in the lives he touched and in his dedication to a community. In an increasingly digital world where our relationships are even increasingly becoming digital, he lived and imparted that the real, lived experiences we have are what matter the most. With your family first, your community, and those around you. Shaykh Umer touched our lives because he was present and invested in these relationships.

If one can summarize his life’s work it was the example of our Beloved Prophet peace be on him lived by, a mercy to mankind, and as he said,

“Indeed, God did not send me to be harsh or to turn people away, rather he sent me to teach and bring ease.” (Muslim). The gentle and humble teacher, whose presence gave ease.

He wrote to me last month informing me that he would be coming on the minor pilgrimage (Umrah) this December. We consider this an honor and invitation from God to walk in the footsteps of the prophets and Prophet Abraham to the Sacred House that is a mark of the servitude of God. As a friend said, little did we know that “he went to meet Allah in a different way.”

Imam Al Ghazali quotes in his Ihya, Imam Ali (may God be pleased with him) said once,

“The collectors and keepers of wealth have died even though they’re alive, but the scholars live on and remain so long as time is in existence.”

Shaykh Umer will forever live in our hearts and Insha Allah, God willing, in our prayers. It is no surprise that our Prophet said that scholars are the inheritors of Prophets and that the best of people are those that teach good to others, the best that we can leave behind is the knowledge that carries on.

Shaykh Umer remains in our lives because of all of this. May his legacy remain and may we live up to that legacy to carry it on. May God have mercy on him. May his family be blessed, protected, and reunite with him in the highest levels of Paradise.

I could not help as I read his messages except to respond. I know he won’t be able to read it in this life, but we believe that our actions in this life make a mark in the next. I hope I can tell him when I see him what I wrote to him after he had passed, “I love you Shaykh Umer. May these exchanges witness for us on the Day of Judgment. May we be united with our beloved Prophet peace be on him with our families hoping to be gathered as having served Allah’s faith.”

Hasib Noor is an instructor and researcher that specializes in History, Islamic Heritage & Law, alongside other Islamic disciplines. Founder of Prophetic Legacy & Foundation dedicated to researching and teaching Islamic history, heritage, and archaeological sites. He resides in Madinah.