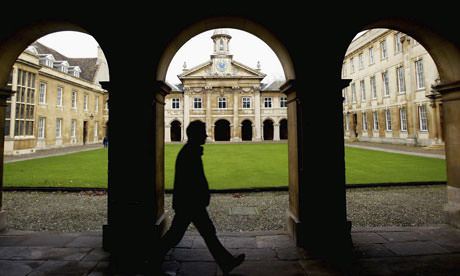 It was 2010 and I had just returned from my studies in Cairo. I was in a “Muslim bubble,” having just come from a place where I heard the adhān every day and I was just another covered woman walking in the streets. Coming back home was not appealing at the time, especially with the welcome we received at the airport. I was bitter about being around non-Muslims again and wasn’t looking forward to going back to school in a month.

I was in a new place with new people and was working on finishing my social work degree. I looked around the room during the first day of classes and groaned, “Oh great, I’m the only Muslim here.” I braved myself for the worst and prepared for comments about Muslims, immigrants and minorities. To make matters worse, I was surrounded by people whose lifestyles I did not agree with and I was worried my faith would suffer tremendously.

had a different plan. As I got to know my classmates and my professors, and as my knowledge of social justice and social work grew, I realized how great of an opportunity this was for me. I had just come from a year-long adventure where I had to adapt and be open-minded to a different language, customs and culture, so why not be open to learning in this new environment? I remembered the statement of a scholar I would always repeat to myself in Cairo:  find a benefit in every situation you find yourself.

One of the biggest complaints of Muslims is that non-Muslims do not understand us, especially as Muslim women – we are bombarded with weird and inappropriate questions/comments from non-Muslims on a regular basis. Yes, we can blame the media for this, but another huge problem is that Muslims are not actively engaging with non-Muslims. There I was, the only Muslim in 4 out of 5 of my classes, and I had an incredible opportunity to present Islam the way we want it to be presented to my classmates and professors. I quickly got over my annoyance at the questions and started many dialogues which led to me gaining the respect of my peers and professors. All of those ignorant questions are not asked to simply annoy us — people really do not have a clue!

We expect non-Muslims to accommodate to our needs and lifestyle, but when it comes to their needs and lifestyle, we brush it off because they are “kuffār”. University taught me a Prophetic principle:  hate the sin and not the sinner. In our modern Islamic culture, we call out people for their sins and focus a lot of our attention on those with whom we don’t agree. The Prophet

and the Messengers before him did not act this way. In an example from the Qur’ān, Lūt

teaches us this principle. His people said of him and his family: “Expel the family of Lūt from your city, they are people who keep themselves pure!” (27:56) When Lūt tried to plead with them to not harm his guests, they said to him: “If you do not desist, O Lūt, you will surely be of those evicted!” (26:167) As they continued to berate him and threaten him with eviction, Lūt

– a Prophet of God – responded, “Surely I am towards your deed, of those who detest (it).” (26:168) Do you see the principle? Despite their abuse, he did not direct his disgust towards them but towards their actions. Even though I disagreed with the lifestyle of many of my classmates, we all shared a common struggle: being accepted and respected by society.

In these times of illicit behavior, rampant alcoholism and other vices, Islam gives us the tools we need to not only be the best Muslim around non-Muslims, but also to learn from them. Once my “Muslim bubble” popped, I was able to look at the situation in a positive light:  I learned lessons in character from people we normally scoff at. I learned how to respect different opinions and respond cordially. I learned the importance of a good work ethic. I learned how to be a better Muslim from people who do not even accept the religion.

We may not know it but because we call ourselves Muslims, we will – like it or not – be spokespersons for Islam. I’ve heard too many stories of Muslims who cheat on exams, take religion classes just to debate (thinking this is “da’wah”) or get into heated arguments with their professors. Of course non-Muslim students do these things all the time, but when it’s a Muslim, we are all affected.

I end this article with a situation that took me completely by surprise. Really, when we act like Muslims, people will notice. I received an email from my professor for a summer class I am taking in which I am, again, the only Muslim in the class. He thanked me for my courtesy and good ethics. He told me “you are in social work for the right reasons” and that students have told him they appreciate my kindness and helpful nature.

SubhānAllāh. Receiving his email made me smile. Before I thought of what on earth I had done to deserve such a nice gesture, I prayed to Allāh to accept it from me.

Yes, the university environment is difficult. Yes, we will be faced with a ton of harām things. But, Allāh does not burden us more than we can bear. All people, despite their background or religion, have something to offer us. Look at this experience as a chance to grow as a Muslim – polish your character by dealing with difficult people, use it as a time to fast if you are being affected by the environment, show your professors and classmates what it really means to be a Muslim, look through the Prophet’s

history and read about how he treated open sinners and non-Muslims, truly thank Allāh for blessing you with Islam and learn how to benefit from people you do not agree with.

help us, guide us, protect us and increase us in wisdom.

We Need YOUR Feedback on Friday Khutbahs

Ask Allah Alone, The One Who Provides for the Young Crow