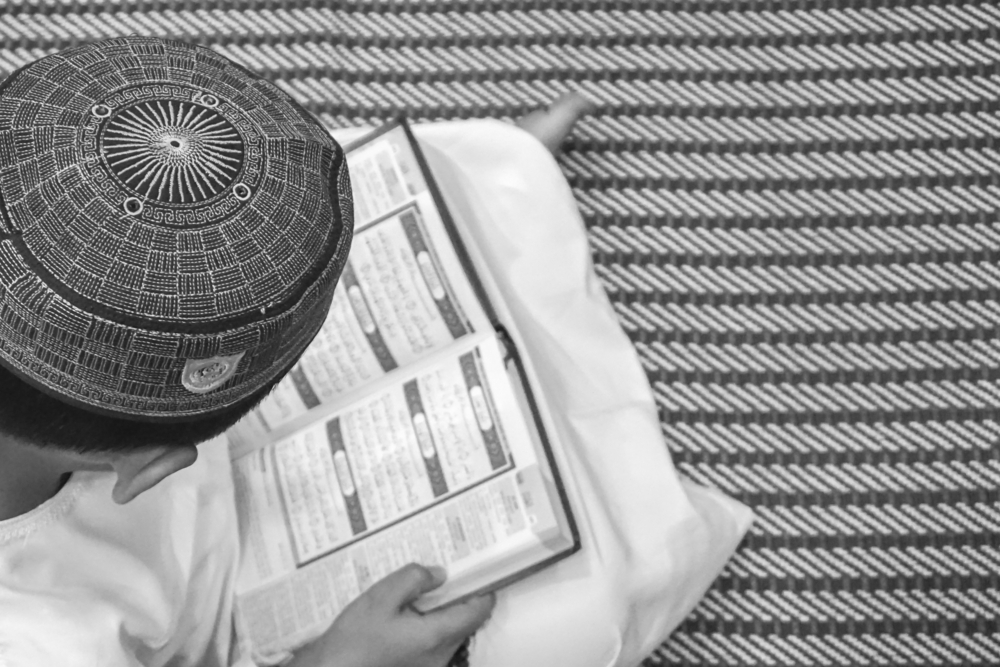 The word crisis is defined as a time of intense difficulty, trouble, or danger. Based on this definition, the Muslim Ummah has been and is currently experiencing several different crises; political, economic, social, and religious. According to a lot of my teachers, mentors, and contemporary scholars the “crisis of knowledge” is perhaps the greatest crisis affecting the entire Muslim world. The crisis isn’t simple; it’s complex and multi-faceted with several different factors affecting it. The purpose of this short article is to highlight some of the different aspects of this crisis and to hopefully start a conversation that will allow us as a community to start thinking about real and practical ways to tackle it.

A major factor is a lack of a base level of literacy in Islamic Studies— including but not limited to theology/creed, Quranic studies, Ḥadīth studies, fiqh, and history. It is important for us as a community to be honest and real with ourselves. Our understanding of our faith, religion, and its teachings is superficial and shallow. We may think that we know our religion, but the reality is that we know very little. We have a particular perception of what Islam is, which is mostly based on our personal experiences and circumstances, which is heavily influenced by the particular flavor or culture of Islam that we’ve been brought up in. For most of us, what we know about Islam comes from what we’ve learned at home from our parents, maybe Sunday school, various talks and lectures, Shaykh Google, and Mufti YouTube. Oftentimes our understanding of Islam is very ritualistic and formal; it’s based on the form, but it’s missing the substance. Not to put any of us down or make us feel bad, but how many of us actually understand the Quran? Its history, preservation, compilation, subject matter, themes, and structure? How can we be true people of faith when we can’t meaningfully engage with the primary source of our faith?

Seeking this base level of literacy is an obligation upon each and every single one of us. As the Prophet

said, “Seeking knowledge is an obligation upon every single Muslim.” This doesn’t mean that everyone has to become a scholar; rather, everyone has to learn enough knowledge that will allow them to worship their Creator properly with understanding. This is very much related to the next point.

Until recently, an absence of a formal and structured course of study for American Muslims. Going through high school in the late 90’s in Southern California there was a lack of access to formal or structured Islamic Studies programs, let alone traditionally trained scholars. Till this day the majority of mosques in Southern California don’t have a scholar as an imam or religious director, which is a discussion for another article. Thanks to my father, I literally grew up in a masjid, but for the longest time we didn’t have an imam, classes, lectures, or programs. I was fortunate enough that during my sophomore year a close friend of mine started taking me to a weekend program organized by Sh. Nomaan Baig that gradually and organically developed into the Institute of Knowledge.

Alḥamdulillah, in the past several years there has been a lot of advancement in this area. We have amazing programs such as the IOK Seminary and Extension (shameless plug), but one of the main challenges continues to be getting people to participate and attend. This phenomenon is related to attitudes towards scholarship.

Maulvi Jokes and those Fundos

Many times negative attitude towards scholarship and traditionally trained scholars as a result of cultural baggage are found in immigrant communities from Muslim countries that were formerly colonized. From my experience with the upper-middle and upper class immigrant South Asian communities, there has always been this current of negative sentiment towards Mowlanas or Maulvis. Oftentimes they are looked down upon as being backwards, unintelligent, rigid, poor, unrelatable, and disconnected from society. This attitude is a direct result of colonization along with several different factors. There is a lot that can be said about this, based on personal experience, that would require a longer discussion.

Which Looking Glass are You Gazing In?

There is a clash in our communities of two very different worldviews: a worldview that is based in revelation through the Quran and Sunnah in opposition to a worldview that is the result of the contemporary, secular, liberal world of the modern West that is somehow perceived to be rooted in rational thought.

Whether we like to admit it or not, we are heavily influenced by the society and culture we live in, specifically the western education system of public/private schools and universities that most of us are products of. We have knowingly or unknowingly adopted a value system and way of life that is based on modernity, liberalism, and secularism. For example, our understanding of the concepts of freedom, justice, liberty, equality, mercy, and fairness are informed through a very liberal and secular lens. Because of that we impose our understandings of these concepts on to verses of the Quran and aḥādīth of the Prophet and end up finding certain verses or aḥādīth to be “problematic”. There ends up being this internal conflict within ourselves that leads towards a lot of doubts and confusion.

Our worldview should be informed by the Quran and Sunnah. Allah is the Epitome of Justice, Fairness, Equality, Mercy, and Freedom. What God declares to be fair, merciful, and just is what is truly Fair, Merciful, and Just. We can’t impose our flawed understanding of these concepts upon our faith and tradition. All of this goes back to having a firm grounding in exactly what the world view and value system of Islam is in the first place, which is dependent on knowledge.

Who Has Time To Learn About God?

An imbalance of resources towards “academic” education as opposed to “Islamic” education. What I mean by that is that the average high school student spends about 8 hours a day in school. If they are highly motivated and want to get into the best universities they probably spend another three hours minimum doing homework and intense studying. That is 11 hours a day. Add on extracurricular activities, time spent hanging out with friends, playing sports, going to the gym, video games, television, and social media and there’s very little time left in the day. During all this time students are constantly being exposed to a very powerful intellectual, philosophical, moral, and ethical worldview that is oftentimes diametrically opposed to the teachings of our religion.

Comparatively, the average student spends only 2-3 hours a week in a Sunday school, if that. That is a huge imbalance and misappropriation of priorities. We have to make our communities recognize and understand the value of “Islamic” education and spending time in an “Islamic” environment.

There is a severe lack of structured after school programs for school aged children, especially those who spend the day at public schools. According to the Prophetic model of teaching, we should be instilling deep faith in Allah and love for the Prophet from a very young age in order to shape and develop a proper worldview. Unfortunately, most of our masajid don’t have structured holistic after school programs designed to do so.

These are just some initial thoughts I have. What does the readers think? What else do you see as a problem? How can we start working towards fixing it?

This is a necessary conversation.

Shaykh Furhan Zubairi is a traditionally trained scholar who spent most of his youth in Southern California. He serves as the Director of Religious Education at the Institute of Knowledge in Diamond Bar, CA.

The Fatal Car Accident That Could Save Your Life