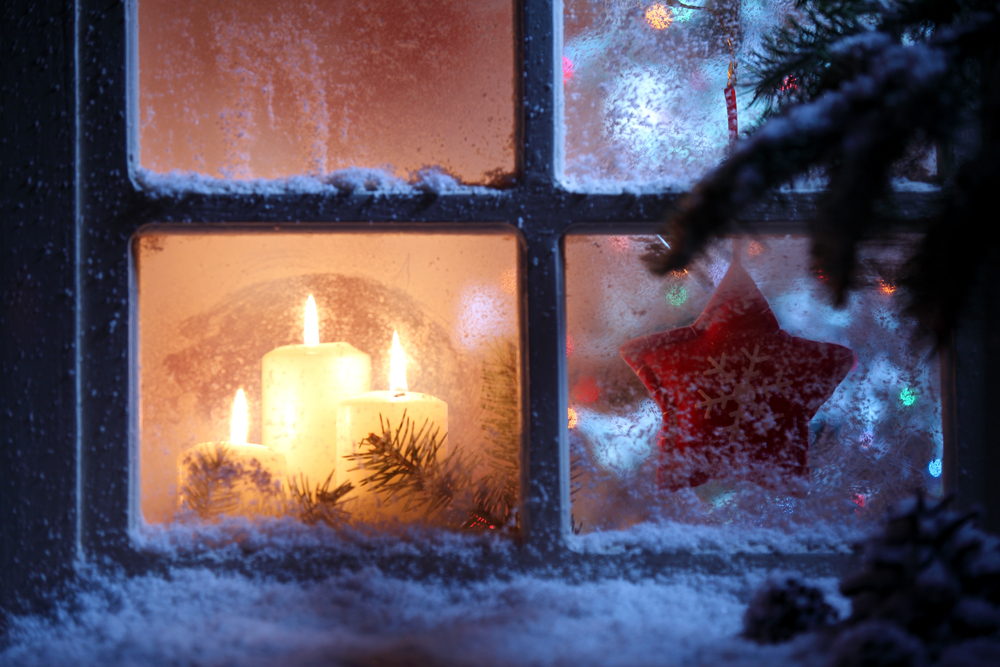 Stumped by our own Childhood

Tinselly window dressings are everywhere. It is holiday season— the only time during the year where peppermint bark comes to the local Trader Joe’s. Neighborhood windows glisten with ornaments on the tree. “Mama, why can’t we have a Christmas tree like theirs?” he asks. Sometimes, the youngest children ask the toughest questions. Especially tough when this question was never adequately answered for us when we grappled with it as children.

Let’s be honest here, for those of us growing up as Muslim minorities, whether it was Christmas or another holiday, the assertive “because it’s ḥarām (forbidden)” coupled with the parental death-stare was usually the end of the conversation. One generation later, though, this answer – or the subconscious resentment of it – now has parents like me reluctant to repeat it, and for many, even questioning it. 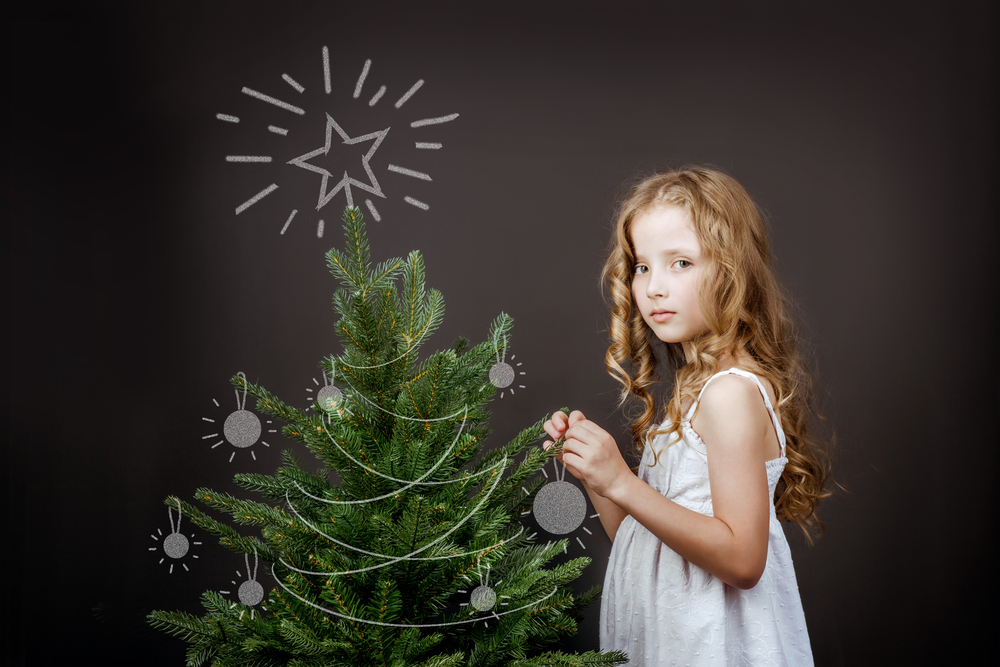 Let us first say that the “do’s and don’ts” of our faith being communicated to us superficially or belligerently, do not disqualify their potential correctness. In other words, withholding the reasons from us doesn’t negate that there may be very good reasons behind our abstention from observing Christmas as Muslims.

To mention a few:
1) God sent His final prophet Muhammad (ﷺ) to rescue those coerced (culturally or violently) into believing that the Creator has partners/children that share in His Unique Perfection and Sovereignty. It is no secret that with Christmas, the “reason behind the season” is commemorating the day when Christ (peace be upon him), supposedly God’s son, was begotten into this world to be sacrificed on the cross for the salvation of those who accept that doctrine. Given our deep love for Esa

, should our children be left to conflate between casually celebrating ‘the birth of God’s son’ and celebrating God liberating humanity (via revealing the Quran) from this claim?

“Indeed, Allah does not forgive association with Him, but He forgives what is less than that for whom He wills. And he who associates others with Allah has certainly gone far astray.” [an-Nisā’ 4:116]

“And they say, ‘The Most Merciful has taken [for Himself] a son.’ You have done an atrocious thing. The heavens almost rupture therefrom and the earth splits open and the mountains collapse in devastation – that they attribute to the Most Merciful a son.” [Mary 19:88-91]

2) Over the centuries, Christendom’s ascription of divine qualities to human beings has widened past Jesus Christ (ﷺ) to include saints as well. This is glaringly evident in the “harmless” Christmas carols, which we may not even know our children have memorized:

“Santa Claus is coming to town;

He sees you when you’re sleeping,

He knows when you’re awake.

He knows if you’ve been bad or good,

So be good for goodness sake…”

For a Muslim, if the super-foundation of your theology, lā elāha illā Allāh, is singling God out in everything particular to Him (like being the All-Knowing, the All-Hearing, who hears the prayers we whisper and deserves our sincere devotion), then this is no longer an innocent song. Rather, this erodes in a child why the universe was created, why the Scriptures were revealed, why the Messengers were sent, and why Paradise and Hellfire were prepared. It represents mixed messages for why a person is alive, what the primary message of the Quran is, and why the worthiest blood, sweat, and tears were ever sacrificed. Our children’s pure little hearts are like sponges that soak up whatever they are exposed to, and we have been appointed as the gatekeepers of those hearts, and will be questioned about that trust.

There is no servant whom Allah entrusts with subjects, then dies while having betrayed that trust, except that Allah has made Paradise forbidden for him.”

And again, parents must inculcate in kids that being a true Muslim necessitates compassion for humanity, and that compassion is not restricted to this life. A greater act of compassion and selflessness is tolerating the occasional backlash when identifying for others the harms of disbelief in this world, and the requirements for salvation in the next.

3) Being comfortable with standing out, and the willingness to be different when necessary, is a hallmark of survival and of successful people. For this reason, our prophet Muhammad (ﷺ) cautioned that “imitating a people renders us as one of them,” [Musnad Ahmad] and taught us to revisit in every prayer a particular “straight path”, and further specify that it is “not the path of those who incurred wrath” nor “those who are lost.”

Nobody likes to identify with weakness, or be perceived with suspicion, and hence we find Muslims more likely – at times – to leap into unhinged degrees of assimilation than others nowadays. The desire to escape the media hostility against Islam is expected, but we must recognize that it also breeds an inferiority complex of sorts. Why else do Muslims, particularly where living as minorities, feel the pressing need to celebrate Christmas when many other groups don’t? Whether citing the commercialization of Christmas, or the pagan symbols of the Christmas tradition (think: charms on trees, bad luck to erect before a certain date), or Judaism’s rejection of Jesus Christ (ﷺ), there are plenty of people all around us who abstain from participation.

Muslims not decorating Christmas trees is largely irrelevant to those who do— considering how many groups do not without consequence. Therefore, the setting up of a Christmas tree really has to do with us as Muslims; which of us internalized the stigma and need to prove “we are just like you”, and which have escaped the identity crisis, feel privileged with Islam, and confident in being sufficed with the two Eids.

As the Prophet (ﷺ) said, “Allah has replaced you [in place of these holidays] with that which is better than them; Eid al-Aḍḥā and Eid al-Fiṭr.” [Abū Dāwūd, an-Nasā’i, Aḥmad]

How many have heard of this narration by the Prophet (ﷺ)?

Abū Wāqid al-Laythi reported that when the Messenger of Allah (ﷺ) went out to Ḥunayn, he passed by a tree that the idolators called Dhāt Anwāṭ upon which they hung their weapons. The Prophet’s Companions said, “O Messenger of Allah, appoint for us a Dhāt Anwāṭ (good-luck tree) just as they have a Dhāt Anwāṭ.” The Prophet (ﷺ) said, “Subḥān Allāh. This is just like Moses’ people said, ‘Make for us a god like their gods.’ [al-An‘ām 6:138] By the One in whose hand is my soul, you will surely follow the traditions of those before you.” [Tirmidhī: 2180; ḥasan-saḥīḥ]

After generations of subjugation under Pharaoh, the Israelites struggled with an inferiority complex despite being liberated by God and seeing His Might firsthand at the sea. This is what prompted their urge to imitate, along with the fact that humans commonly see the grass greener across the fence, and naturally conform to what they see as ideal. So in this age of global weakness and smear campaigns against Islam and the Muslim, the wise parent must be vigilant of similar tendencies, and understand what occasions like Christmas indicate for the Muslims in their family.

Finally, a child’s desire to understand the world around them, and demand that his/her mind be respected via the infamous “but why?!” inquiries should always be validated and satisfied. If we do not craft their worldview, others will fill that void. However, the greatest gift you as a parent can give your child this holiday season is the confidence to be different. 23% of US Muslims no longer identify with their childhood religion, and surely some of the remaining 77% only identify with Islam socially/culturally. Is it then not urgent to instill that pride before the dominant culture finishes reshaping their new cultural identity?

Saturate your children with enjoyable discussions on tawḥīd (the oneness and greatness of Allah), speak to their teachers about alternatives during celebratory functions, supervise their screen time, make a big deal out of Islam’s Eid(s), and fill them with thrill and privilege for being chosen by Allah for Islam.

And praise be to Allah, Lord of the worlds.