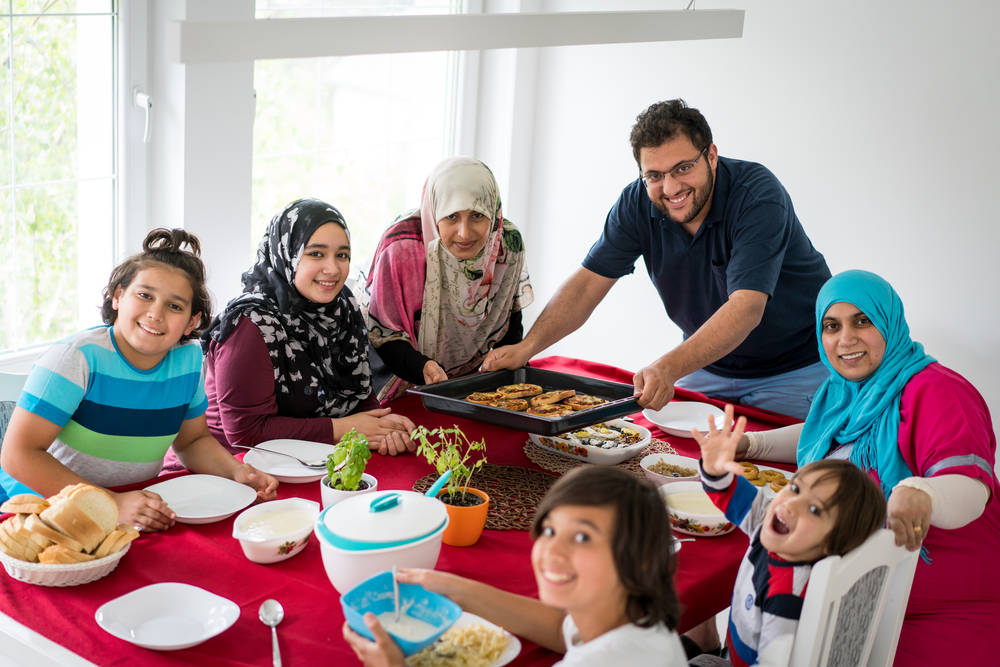 I currently live in Qatar. I have four kids. My elder two are moving back to US next summer, inshaAllah. My daughter will start her Masters degree and my son will pursue his undergrad, while my husband and I with our younger two kids will stay back in the Middle East. That’s the plan we have and Allah is the Best of the Planners.

At the moment, I am parenting a twenty year old, a seventeen year old, an eleven year old and a two year old. Sometimes, I handle an adult-child’s crisis, teenage drama, pre-teen breakdowns, and toddler tantrums, all in a single day. Some days, I get to enjoy pleasant intellectual conversations with eldest two, go on a crazy slime-supply shopping with my pre-teen and play hide and go seek with my two year old, all on the same day too. Sometimes, it’s fun and sometimes, it’s taxing to choose which age group’s crisis I would rather face.

Parents of younger kids often can’t wait until their kids are older, and I’ve also heard the parents whose kids are now adults, reminiscing how they wish their kids were younger again. I have all age groups at home at the same time!

There are no sureties. It’s not like my two older ones have come out of “kid’s zone”, and the younger two always act immature. Twenty year old or two year old, as long as they have parents they will act like children. My twenty year old, who is a final year Sharee’ah student at Qatar University and studied her undergrad completely in the Arabic language, and my seventeen year old who is loaded up with IB and Advanced Placement classes, still fight over ‘who called the shotgun first’, and God forbid if they both have to sit in the back seat, there is always a war over who is occupying more space on the seat.

That’s when my younger two seem more mature, quietly settled in their assigned seats, observing their mother decide if their older brother has a legitimate argument about him being larger in size hence needing more space on the seat than his older sister, who is demanding more space just because she’s older than him!

It’s been twenty years since I used the bathroom in peace, and I don’t think I ever will because, even now, when I go to the bathroom it’s not only my younger two who gets these instructions from me, but especially the older two that, “Do NOT knock at the bathroom door unless it’s a life threatening emergency or there’s a bad guy in the house.”

And then there are those days when my eleven year old is having a meltdown because I “forgot” to give her attention, it is my older two who come to my rescue and one will walk me out of the room while the other sits with their sister and resolves all her complaints against me.

There are some days I can’t understand why my twenty year old still argues over curfews. She claims she’s an adult and she shouldn’t be given any time restrictions. Yet when I asked her to go to her doctor’s appointment by herself she cries that she wasn’t “old enough” to go to the doctor by herself!

And then there are those days when my elder two claim to understand the world better than their parents and their “mom-you-are-too-old-fashioned” attitude makes me wish it was next summer already. It’s in those moments when peace is around the younger two, in their innocent naive world where “mama-knows-it-all”!

Still there are days when my seventeen year old reaches out to me for advice on how to handle an issue between him and his friends because, in his words, “Mom, you are the best therapist for me.”

Don’t get me wrong. Those who know me, know well that I am not a clingy mom and I raised my children to be quite independent. I take plenty of breaks from them, and they travel without me too. They do their own things and I have my own activities. And even when I do force family times on them, they complain an earful before they “bless” their parents with their time and company.

I feel I can never fully prepare myself for next summer. But, ready or not, time will come and they will leave. They will move away to the other side of the world, thousands of miles away, continents and oceans apart.

Being parents is such a strange thing. When our kids are small, we become overwhelmed because life seems difficult with sleepless nights and restless days, but before we know it these kids are ready to leave and we ask ourselves, “How did the time fly away so fast?!”.

It is normal to be that way.

Why did I write this piece? To share with all the parents out there my highs and lows of parenting and to remind them to enjoy their kids while they are with them. Enjoy every stage of their life because every stage has its own drama and pleasure, and because very soon they will be ready to leave the nest.

The Day My Husband Fell