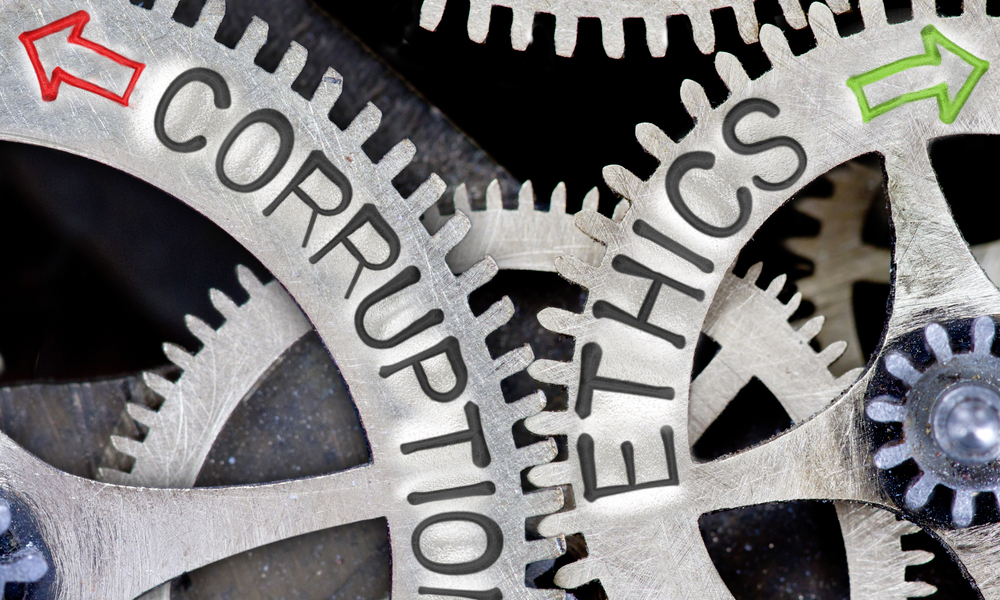 I want to be clear about something. This article is not about Nouman Ali Khan. I have no unique knowledge about his case, nor do I have any position on his guilt or innocence. The subject goes far beyond the publicly known facts of his situation. However, the public discussion should cast a spotlight on how Muslim leaders handle misconduct by those who are in a position of public trust. What was clear about Nouman Ali Khan is that there was no system for managing allegations of unethical conduct, breaches of trust and “spiritual abuse” that did not rise to criminal misconduct. Furthermore, attention came to his case primarily because of Mr. Khan’s international celebrity. There is a continuing concern about ethics among imams, shuyukh, heads of charities and other public figures inside the Muslim community, regardless of if their profile is local, national or international.

As a lawyer, I am part of a regulated profession.  Think of it as an organized tribe with a group of elders that can determine who is in, and who is out.  There are rules of professional conduct. For anyone in an actual profession, Dentistry, Architecture, those who sell insurance, boats and even cannabis, there are defined standards, a group that sets them and a group that enforces them.

There are no intellgible standards in the American Muslim community for shuyukh, public figures and those who provide some form of spiritual guidance. We need them. What I want to do in this article is provide a path for us as a community to do exactly that.

The term “unethical” does not mean the same thing for all people. If you are a private business and your primary goal is value for shareholders, your ethics will be different if you are a non-profit organization meant to provide a public benefit. If you are a shaykh that specializes in Islamic Finance, the Muslim community may hold you to a different standard than if you speak out against domestic violence to Muslim groups. Those two people may not appear to belong to the same tribe, though they are similar in that they take leadership roles inside Muslim spaces and their roles may overlap.

Shuykh and imams, unfortunately, have not yet been able to regulate themselves or hold bad actors accountable in the same way other professions routinely do. So, the situation described in the initial hypothetical can still happen. What we also know all too well is that accusations of spiritual abuse and unethical conduct are in no way limited to shuyukh and professional imams. We need a broader framework.

Public figures or semi-public figures who provide spiritual guidance to Muslims can easily be social and political activists. They can also be business people, educators, professors and community members in unrelated professions who are adept at public speaking and leading halaqas. Yes, they can also be Shuyukh or professional imams. It is possible for some personalities to operate exclusively online, like YouTube or social media stars who are only “Twitter famous.” However, much of a leader’s legitimacy and indeed, capacity to personally affect people for good or ill, comes from speaking in physical spaces to live audiences organized by non-profit Muslim groups, particularly large Islamic Centers and Islamic Conferences, such as ISNA and ICNA, as well as other events for Muslim organizations.

An organization like the Islamic Society of North America (which I do not represent here though I have a vote on its Executive Council) can invite as many as 200 speakers to a single conference, usually on Labor Day weekend in a major US city.  Many speakers are not the same from one year to another. Nearly all the best-known Muslim speakers have spoken at ISNA, as well as other conferences such as ICNA and MAS. The North American Islamic Trust either owns outright or through trust arraignments hundreds of masajid around the country, many of which (regardless of their connection to NAIT) are connected through regional shura councils.  If there is an opportunity to manage ethics in American Muslim spaces, it comes from these organizations.

These organizations can develop formal rules of ethics governing a range of subjects. A shura, such as an independent ethics commission should determine these rules, so I will not attempt to enunciate them all here. However, it is vital those who are involved in formulating these rules have no business or grant ties with foreign or domestic governments, non-profits interested in reforming Islam, defense contractors or financial institutions (more on this later).

All Muslim speakers would need to sign an ethics agreement developed by this shura, if they are famous in the Muslim community or not. It should not matter if the speaker is a head of a nonprofit, an author of the latest Islamic children’s book or a nasheed singer. Such an agreement could be universal throughout the Muslim community in the United States and can apply to board members, khateebs, halaqah leaders, youth leaders and everyone else who is a trusted voice in the community. The only speakers with no signing requirement would be foreign dignitaries and non-Muslim speakers (such as interfaith leaders and government officials). Should a group, such as shuyukh, wish to eventually regulate themselves for things that are specific to their vocations, such a system would encourage wider adoption of rules they develop. The initial ethics rules I suggest here would be broad and general and necessarily apply to a specific profession.

What if something bad happens?

Part of what these speakers and others would sign up for would be consent to a system in the event someone makes allegations of violations of these rules. This would not be to cover up criminal misdeeds. Criminal conduct gets reported to the police. However, it would be a fair and dignified way to resolve allegations where there is a violation of Islamic ethics regardless of it violates a criminal or civil code.

Perhaps the hardest part of implementing such a plan is not formulating rules, but developing a dignified resolution of an allegation that is fair to the accused and the alleged victims. It should also protect organizations- both those that associated with someone who acted with poor judgment and those groups looking at hiring a charismatic leader or speaker to fulfill their future needs. Those organizations who have subscribed to the system can protect themselves from bad actors by having access to the names of individuals who have violated the rules of ethics so that they know who to avoid.

Ethics is a vast area and the goal should be to make the rules as comprehensive as possible over time. The most obvious thing that would need to be reviewed are the accusations leveled against Nouman Ali Khan, particularly “spiritual abuse.” This is not to re-litigate it, but to address how well defined the allegations were, and can we do a better job at making sure the rules are clear in the future. Vague terms do not help justice.

This agreement should also govern business practices inside the Muslim community, both in non-profits and to the extent private individuals do business with organizations that are public trusts inside the Muslim community. Many of the worst practices in business, from the exploitation of employees to profiteering, can sometimes be found in Islamic organizations. Other practices may be more specific to nonprofits, such as zakat abuse.

Lastly, a broad area of concern would have to be conflicts of interest.  How do we deal with those who may speak for the interests of a financial institution, a foreign or domestic government, defense or domestic security contractors, anti-Palestinian interests or non-profit groups looking reform Islam into a secular identity. Rules of ethics go primarily to actions and income sources, not necessarily points of view, which should be diverse. However, this is not to say that a formal or informal system of “blacklisting” does not happen already or that this is always a bad thing in a religious space. However, someone being banned from giving khutbas or speaking to youth purely because of his or her expressed point of view is often not an ethical concern. It may be that the individual does not fit the role well.

In some ethics cases, it would be appropriate for Muslim organizations to not associate with personalities because they are known to be harmful to individuals. In other situations, ethics should be looked at, not to judge a person as good or bad as an individual, but instead with a view towards protecting the independence of our community’s intellectual and spiritual development from interests that are opposed to justice, human rights or the religion of Islam itself.

Ethics in the American Muslim community is in dire need of leadership. I do hope we have people willing to provide it.

In The Era of Fake News Are You An Arsonist or A Fire Fighter?