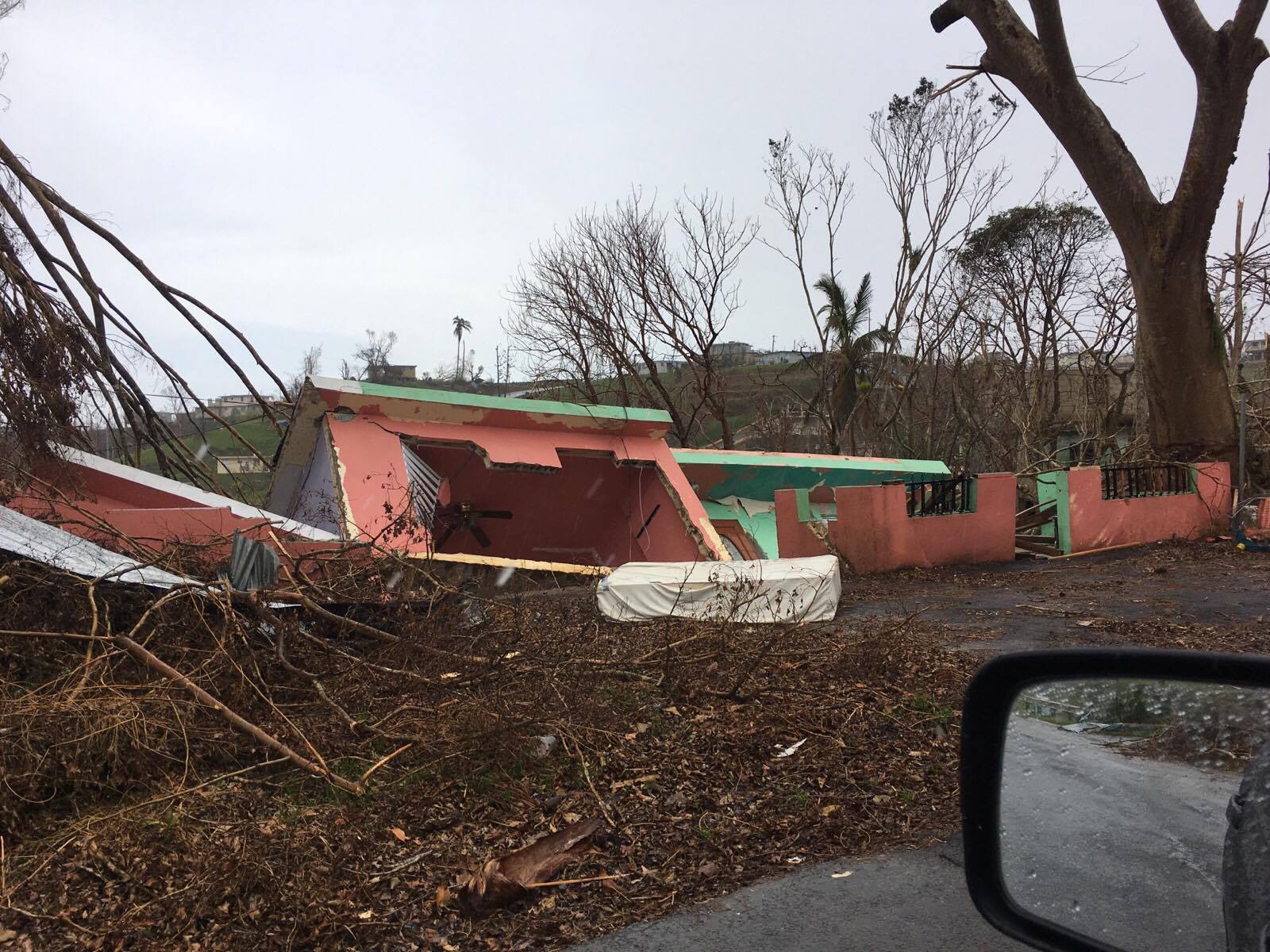 In the popular book turned movie, The Hunger Games, set in a post-apocalyptic world, the Capitol of Panem (bread in Latin), rules over thirteen nation-states referred to as districts. After one district attempts to ignite a rebellion against the Capitol, the ruling government obliterates it completely and establishes an annual ritual of carnage as a punishment and reminder. In these “Hunger Games,” two youngsters from each remaining district, called “tributes,” are randomly chosen to compete for survival, while the Capitol places in their path sadistic obstacles and challenges. A bloodthirsty audience watch as each contestant attempts to kill the other for essentials such as food and water. Witnesses of the gory charade are able, if moved by their human emotions, to offer aid to the contestants they feel are most worthy. One outcome is certain, only the one most favored will survive. 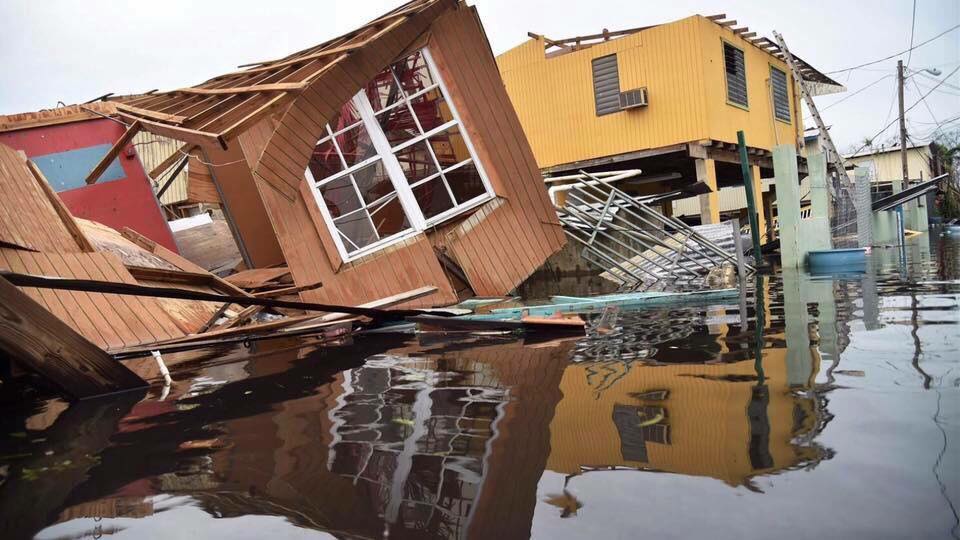 This scenario may seem only fathomable in a Hollywood fantasy, however, the struggle for survival is real in a forgotten district of the factual Capitol, Washington D.C. This ill-fated territory is Puerto Rico, and it is currently living its very own “hunger game,” as its people fight to stay alive after being struck by a powerful natural disaster, of unprecedented magnitude. The date was September 20, 2017, Hurricane María ravaged through the entire island causing massive destruction. The arena has been prepared; collapsed bridges, homes buried in mud, continuous flooding, power lines down, food shortages, no communication, no potable water, only a handful of working ATMs and gas stations. Check. The stage is set.

The unlucky tributes in Puerto Rico are those in the remote mountain towns and cities farthest from its own capital, San Juan. In these areas, there has been no aid, and hope is waning. They have not eaten properly for days, yet are forced to pick up the debris in the streets, and hike to the nearest streams to fetch water, wearily. Deadly bacteria and disease lurk in the waters of nearby creeks and rivers. Those people whose roofs were blown away by the Category 4 winds sleep under the stars and at the mercy of mosquitoes and other insects. Rodents rummage through garbage that has not been removed by the city’s trash removal.

Some of the players are children, but they are unaware of the dismal situation; they demand supper from their parents, who only reassure them, food is coming. Gangs start to assemble, and they begin raiding homes, looking for provisions. People are killed, some die of starvation, others because they could not reach a functioning hospital, electricity has not been restored. Cell phone service is established in some urban areas and the people flock there, mobile phones in the air reaching to get a signal. If only they could speak to a loved one outside the arena, maybe they can get some help. A pitiful audience watches form the US mainland, some moved enough to donate a few cans of beans and water bottles, hoping that worthy enough individuals receive them. Containers are filled with supplies, but it is not reaching the tributes. The Capitol keeps placing hurdles in their path. 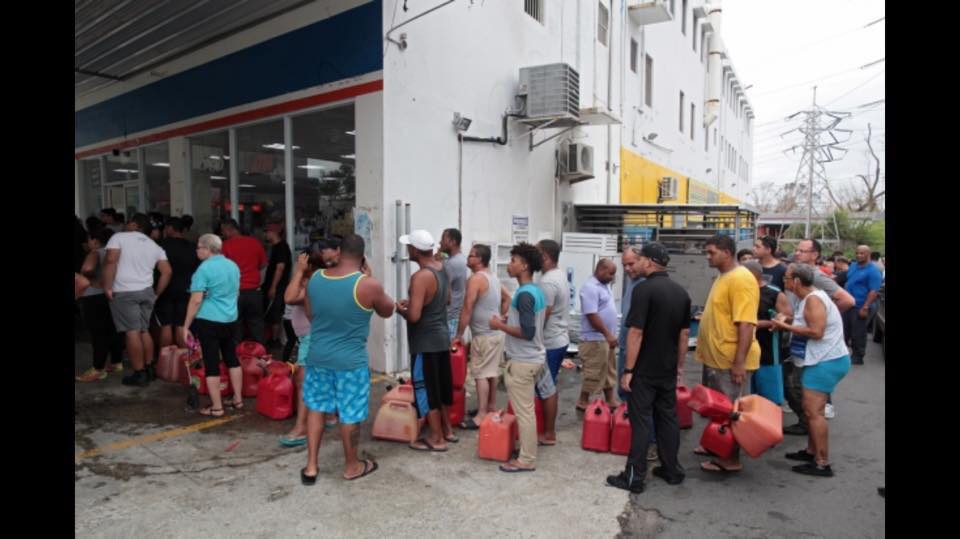 In most cases, it is the strong who receive some aid, the most powerful or privileged. In this game, it does not matter whether there are elderly, patients, or infants without water, medicine, or food. When the assistance comes, everyone feels that they need it most. The most primal instincts are at play; It is all about survival. The US military has begun air drop operations in some parts of the island to offer assistance, but there is no order. It is like throwing a bone to a pack of hungry dogs. Citizens literally run to the supplies, trampling anyone in their path, in order to take for themselves a 16oz bottle of water. In the distance, an elderly woman watches helplessly. The drink she so desperately needs will not reach her today. She was not highly favored. 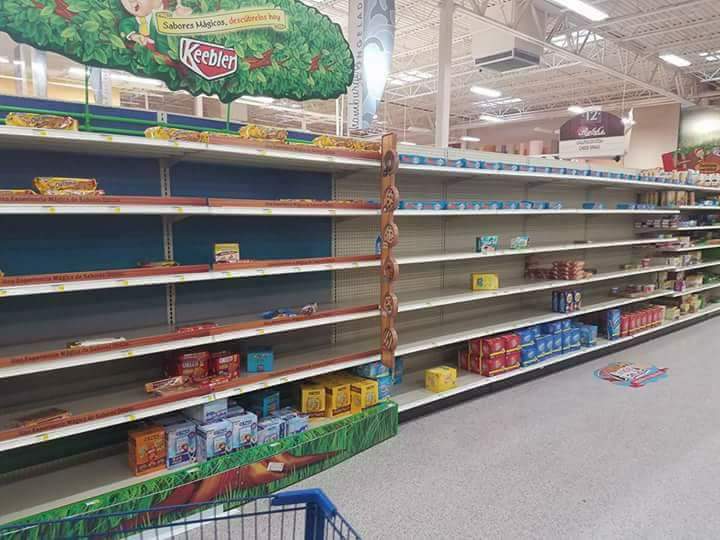 This is the situation in Puerto Rico, a territory of the United States of America. It is a district that many did not even know existed. A place where there have been revolts, a call for independence, public outcry because of government experimentation and exploitation, an economic struggle, and, most recently, a call to be recognized by the government as a state. These requests have fallen to deaf ears. Now, when they are most in need, it seems like they are being punished, perhaps made an example of, while the world watches for their own entertainment.

But, this is not a movie or a reality TV show. These are human lives that must be saved; all measures must be exhausted in relieving the suffering of the Puerto Rican people. Weeks have passed and the situation on the island arena is deteriorating fast. The only way out of this ordeal for the Puerto Rican people is for the games to stop. The Capitol must be pressured into allowing aid to reach islanders without obstacles or bureaucracy. The challenge of survival is arduous enough. In this scenario, the audience can gain control. The outrage and outcry must remain loud. For the tributes and for humanity.

Puerto Rico, may the odds be forever in your favor.

Reaching for the Stars: A Former Refugee Honored At A Major Baseball Game

Columnist Wendy Díaz is a Puerto Rican Muslim writer, poet, translator, and children's book author. She is the Spanish content coordinator for ICNA-WhyIslam. She is also the co-founder of Hablamos Islam, a non-profit organization that produces educational resources about Islam in the Spanish language.