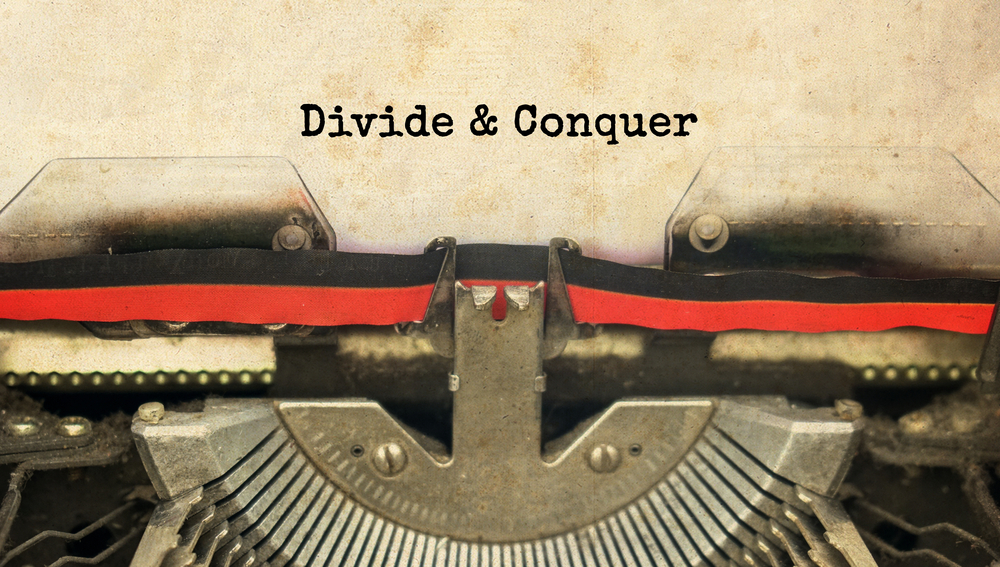 At the peak of the Algerian resistance against French colonialism, colonial officials started adopting a new strategy to destroy the Algerian resistance from within, dubbed as Unveiling Algeria by Frantz Fanon. The aim was to see Algeria unveiled: to uncover the mystery behind Algerians’ willingness to sacrifice everything for liberation. Following what is today known as population-centric counterinsurgency, the objective of the French colonizers was to infiltrate the popular support of the mujahideen.

By Westernizing Algerian women through “unveiling,” the French occupiers thought they could isolate freedom fighters from their communities, leaving them without the basic needs of survival to continue their struggle. By turning men and women against each other, the process of eliminating the insurgents would become easy. This process would not work unless the colonized man was seen as oppressive, protective, and violent against his sisters, mother, and daughters. Thus, “unveiling” was more than taking off the Hijab; it was about shifting the priority of Algerian women from fighting French occupation, side by side with their men, to fighting the patriarchy of the Algerian men with the help of the colonizers.

However, Algerian women responded with not only continuing their roles in upholding the morale of resistance and providing the logistical support for the fighters, they also joined the ranks of the rebels, becoming soldiers themselves.

Consequently, Western colonial powers have been utilizing democracy and egalitarian ideologies as strategies to legitimize neocolonialism since the 19th century racist discourse is no longer acceptable. Since the 1960s, the United States of America, for example, has been embracing population-centric tactics of counterinsurgency, famously known as “winning hearts and minds” campaigns, to undermine insurgency against its invasions of Vietnam, Afghanistan, Iraq, and to assist Israeli occupation in Palestine.

In the so-called post-racial America, where White supremacy and structural racism is still alive and kicking, the war on the Black community is still fierce. All while new identity politics movements are on the rise, infiltrating other liberation and decolonial movements, namely the Black human rights movement, or what is known as the civil rights movement. Intentionally or otherwise, gender and identity politics started becoming the central issues of all movements, from Black Lives Matter all the way to the Palestinian movement.

In a recent piece titled “Straight Black Men Are the White People of Black People,” the writer sounded like a White-supremacy apologist who might argue that while police brutality is unwarranted, Black men tend to be more violent and criminally-inclined than the rest of the population. In summary, the article was successful in demonizing Black men and legitimizing cultural and systematic violence against them.

Moreover, throwing the Black man under the bus has become essential for the LGBTQ and feminist movements because members of these movements must situate themselves as victims of the straight Black man for the legitimacy of their movement. Since White power structure affects the Black population collectively as a race and not according to gender identity or sexual orientation, the straight Black man needs to be presented as the patriarch and antithetical of these movements. To a certain extent, similar ideas have been articulated against Muslim and Arab men recently.

With that being said, one can not deny the mistreatment and oppression of women by Black, Muslim, and Arab men just like any other group, however, context matters. And whereas colonialism, genocide, slavery, poverty, illiteracy, injustice, and oppression are factors in breeding violence against women, men ill treatment of women is an ancient phenomenon. However, in the Black context for example, claiming that straight Black men are upholding a system of patriarchy to dominate Black women is misleading. Black women are better educated, have better jobs, and are less likely to be killed by White supremacy or incarcerated than Black men. In this example, the struggle becomes which victim is being highlighted more than the rest of other victims.

In general, Black, Muslim, and Arab LGBTQ and feminists have been influenced, with some exceptions, by White and Eurocentric theories of sexuality, feminism, and patriarchy, specifically at women studies departments in Western colleges. The consequences are dreadful since inaccurate analysis, without any context or understanding of the power dynamics in these post-slavery and post-colonial communities, lead to damaging diagnosis. And this is not meant to exonerate these communities from male aggression against women and other groups of the society, but that each community has its own experience, context, and history. Thus, the demonization of the straight Black man can only be justified through regurgitating the same old racist views against him: being uncivilized and violent. Similar orientalist language is used against the Muslim and Arab men to legitimize the very existence of these gender and identity politics movements. 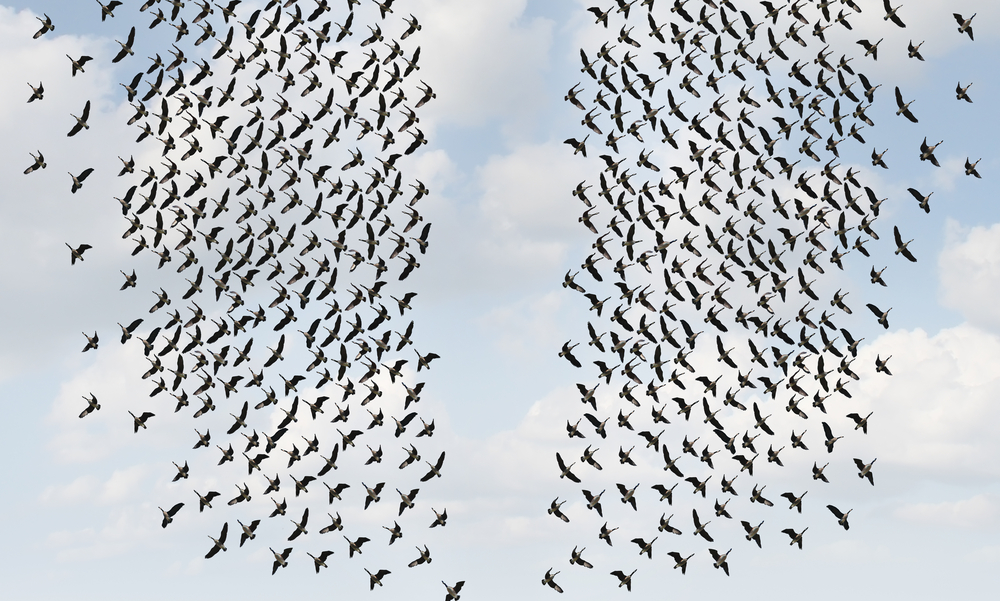 Additionally, the emphasis on demonizing straight Black men is not arbitrary. Stereotyping them as hyper-masculine, violent, and a threat to the well-being of the people around them is centuries-old racist propaganda. The Black man was portrayed as a bogeyman and a threat to White women to legitimize White men’s dominance and protectiveness over their women. In essence, this deliberate isolation of straight Black men implies that if sexuality is controlled for, the Black man is not bad after all. Moreover, the process of becoming gay is then seen as a rehabilitation for the straight man, magically smashing his patriarchy and curbing his masculinity.

However, this implication, whether intentional or not, takes us back to scientific racism and Social Darwinism which theorized for the exploitation of the “uncivilized man” in the Global South, leading to the civilizing mission of Western colonialism and the enslavement of millions of Africans. Otherwise, how can we explain the claim that non-straight Black men are not partaking in the Black system of patriarchy? Or if we accept the notion that some gay men were naturally born gay and as such have not been socialized to become oppressive men, how do we explain the sudden exclusion of straight man from the heteronormative patriarchy once they embrace a new LGBTQ identity? If in this case we control for social conditioning and biology, as root causes for male aggression, then the only explanation left is the sexuality of men.

In essence, one can argue that imperialist feminism and homonationalism tactics are now internalized in people of color movements. Without leaving any room for difference of opinion, every straight man in these movements is pressured to embrace identity politics before being vetted as a true social justice activist. For example, in some pro-Palestine circles, queer liberation has been introduced as a point of unity, isolating anyone who does not agree with homosexuality for religious reasons. And this is not about excluding people who spur hate against other groups but about centering identity politics in the movement adjacent to the Israeli occupation.

In addition, similar inquisition tactics have been used against the Muslim community at large. Responding to a recent incident of abuse of authority by a Muslim preacher, Islam, specifically Sunnism, and its view on homosexuality were blamed for misogyny, sexism, and violence against women. These orientalist and Islamophobic accusations stem from the fact that some LGBTQ and feminist activists are foreigners to the value-system of their own communities. As a result, they end up recycling the imperialist, Islamophobic, and orientalist rhetoric against Muslims, specifically men, who are viewed as homophobic, sexists, and violent.

What is at stake here is not the conflict between movements or their priorities – but the undermining and destroying of liberation and decolonial movements. The main objective of White supremacy is enslaving the rest of the world, hence, the mother of all battles is resisting and challenging Western hegemony. Other internal battles are also important, but they must be contextualized within the bigger movement without undermining them or hijacking the primary movement, especially if these movements end up dehumanizing and demonizing the majority of their own communities.

Moreover, it’s pivotal to realize that White hegemony manifests itself through different tools of domination, namely the exploitation of identity and gender movements to destroy the fabrics of any resistance community. The outcome is disintegrated movements that are in conflict with each other, usually through invoking colonial political, social, and economic discourses, preventing a unified strong resistance movement against White hegemony.

When security forces implement riot control tactics to disperse protests, it’s essential to divide the masses into smaller groups to give the officers the leverage to control each group individually. Consequently, if the protesters do not collectively challenge the riot officers, they will eventually be forced to separate and fend for themselves without having the time to look after other groups. Accordingly, just like Unveiling Algeria was intended to fragmentize the Algerian society into gender-based groups that fight each other instead of colonialism, identity politics in present-day movements has become their dividing factor. Algerians – women, men, religious, secular – all agreed that unveiling women was more than removing the Hijab; it was about a distraction from the mother of all battles: liberation.

Raja Abdulhaq is a Muslim-Palestinian activist, community organizer, and researcher. He is a graduate student of International Affairs at Brooklyn College. Follow him on Twitter: @Raja48
Disagree with an Op-Ed or opinion? Welcome to submit your opinion here.
Share639
Tweet
WhatsApp
Reddit18
657 Shares

Zaid Karim, Private Investigator, Part 17 – A Mountain in My Mind