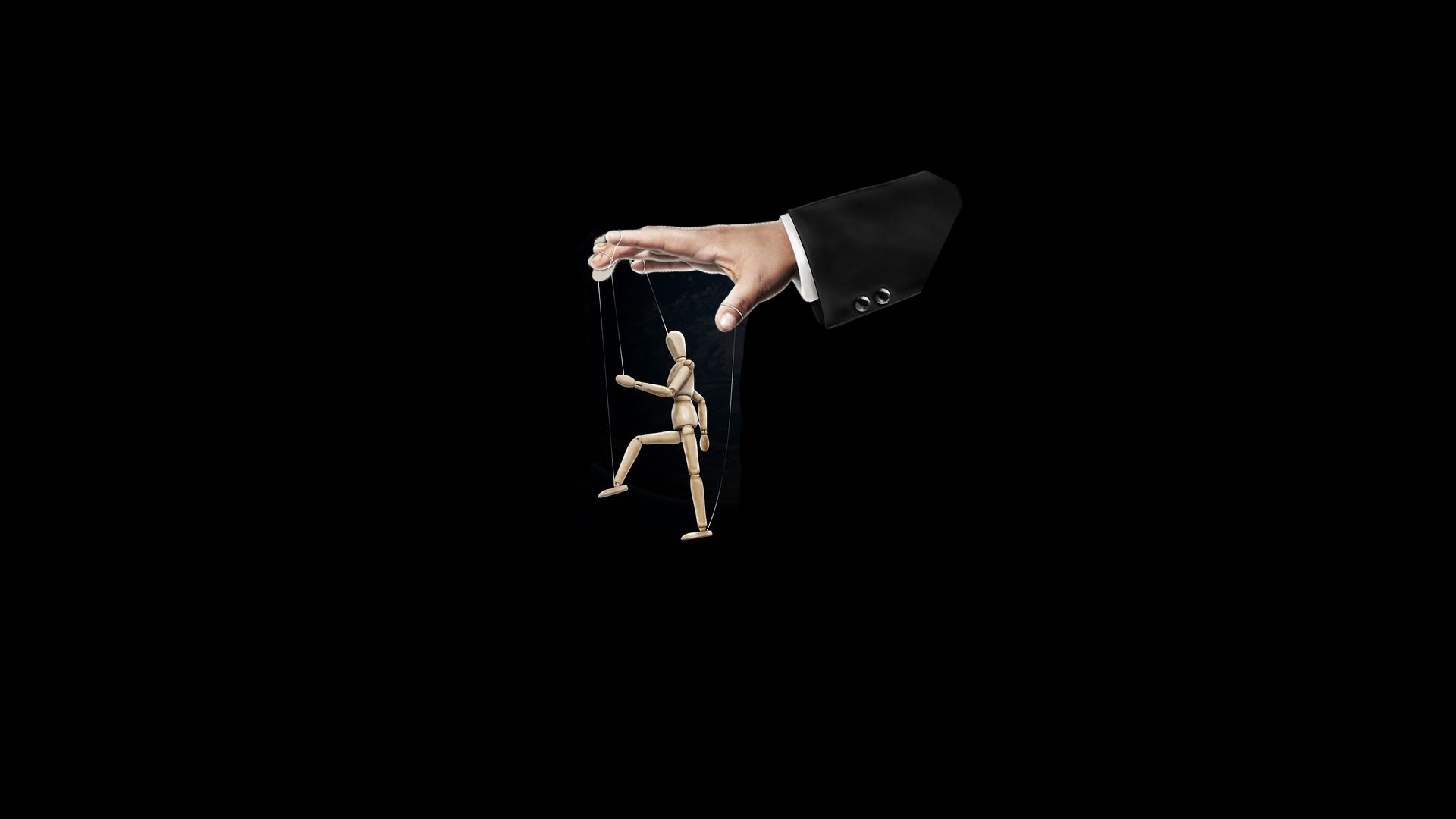 Last year, Christian conservatives were outraged when Wikileaks released documents revealing that a foundation linked to billionaire George Soros had invested hundreds of thousands of dollars in what the foundation described as a “long-term project of shifting the priorities of the US Catholic church” toward progressive causes and away from socially conservative positions. “It’s exciting to see this long-term process is now underway,” gushed a report on the effort by the group, the Open Society Foundation (OSF).

No one seems to have noticed that the same documents released by Wikileaks describing OSF’s plan to socially engineer Catholicism also reveal that the group has invested heavily in minimizing the religious nature of American Muslim identity and molding it into a progressive ethnic identity. In the same document in which the OSF discusses supporting the “media, framing, and public opinion activities” of liberal Catholic groups in order to “shift national paradigms and priorities,” it also describes its “creation” of organizations with the aim of “creating” Muslim, Arab, and South Asian (“MASA”) leadership. OSF says its

post 9/11 strategy of investing to create the first ever set of organizations designed to create MASA leadership and institutions has borne some fruit. These groups are growing in effectiveness, but lack deep relationships on the ground and are still newcomers to the national civil rights community. This effort, therefore, is a foundation-led initiative to further their institutional strength and expand their influence and capacity.

In “creating” Muslim organizations and leaders and “expanding their influence,” the key goals of the Soros-linked foundations are: reframing the community as primarily a racial or ethnic identity group rather than as a religious group; emphasizing the community’s support for Democrat-friendly political issues; and weakening the community’s traditional religious teachings such as defined gender roles and the prohibition on same-sex sexual relations.

To be clear, fair treatment for all regardless of race is a goal squarely within the concern of mainstream Islam, and it is one of the qualities of this religion that has attracted millions of Western converts. Likewise, although Islam forbids sexual relations between individuals of the same sex, it does not condemn individuals because of their inner desires and temptations, and the orthodox Sunni community in America has much work to do in ministering to Muslims who may be attracted to those of the same sex and helping them to cope with those temptations. Nor is it appropriate for Muslims to treat openly homosexual individuals harshly in our interpersonal relations, or discriminate against them in matters that would not require us to compromise our faith.

In contrast, the agenda of the progressive left foundations and nonprofit groups described herein is to refashion Islam as a secular identity group centered on ethnic “brownness,” and whose moral compass is the progressive wing of the Democratic party rather than Islamic religious sources. The ideological hook for the changes they wish to effect in the American Muslim community is “solidarity.” The narrative is that since 9/11, and particularly in the Trump era, American Muslims have been increasingly under attack. Progressives want to pigeonhole Muslims as “people of color” — as if being Muslim had something intrinsically to do with race. As the story goes, since non-Muslim people of color and “the LGBTQ community” are also under attack, Muslims should unite in solidarity under the far-left umbrella to fight against the racist, Islamophobic, homophobic system. As explained by the Emergent Fund, a progressive grant-making organization that funds American Muslim groups (as well as something called the “Transgender Gender-Variant Intersex Justice Project”):

The 2016 election results present immediate threats to a wide range of communities who were belittled, criminalized and attacked during the presidential campaign – immigrants, women, Muslim and Arab-American communities, Black people, LGBTQ communities, and all people of color…We will provide resources to defend against what’s coming and to develop innovative strategies to transform our country.

Similarly, the Proteus Fund, a grant-making organization funded by Soros and referenced in the Wikileaks documents as a key player in the effort to “create” Muslim leadership, states that it

…has moved towards an intersectional, racial justice lens to our work with Muslim, Arab, and South Asian (MASA) communities. Our grantmaking, programming, and technical assistance are focused increasingly on how MASA and allied communities, including communities of color, Latinx communities, immigrant communities, LGBTQ communities, and others, have been systematically targeted by biased and discriminatory portrayals and/or policies instituted through legislation, the criminal justice system, or media.

Also in this vein, Solidarity is This, one of the groups created by the OSF as part of its Muslim initiative,  asserts that “the laws, practices, and institutions in the United States” have led to “patriarchal and heteronormative policies that endanger the lives of women, queer people, and transgendered individuals; and to laws and attitudes that target immigrants, refugees, and Muslim, South Asian, and Arab communities.” Precisely why Muslims should oppose “heteronormative policies” is not explained.

Progressive foundations do not merely want to build solidarity between American Muslims and other victim-identity groups; they also want to nudge Muslim attitudes towards the view that same-sex relations are as inherently moral and natural as traditional marriage between a man and woman. The Arcus Foundation and the E. Rhodes and Leona B. Carpenter Foundation have begun pouring money into the Muslim community to sway attitudes towards approval of same-sex marriage. These groups fund Muslims for Progressive Values (MPV), whose slogan is: “Our Gender is Human, Our Orientation is Love.” This funding allows MPV to, for example, advocate at UN conferences for “overcoming authoritarian readings of holy books.” MPV is a project of the Human Rights Campaign, which describes itself as “the largest civil rights organization working to achieve equality for lesbian, gay, bisexual, transgender and queer Americans.”  “Quietly and diligently,” says MPV, “we have been building our progressive community, one city at a time, and now one country at a time.” Quietly, that is, until recently: MPV and HRC were at the center of controversy at the most recent Islamic Society of North America (ISNA) convention when ISNA officials asked them to vacate the booth they had rented in the convention bazaar for promoting values contrary to Islam. MPV issued a press release “calling out” ISNA for its “intolerance.”

Arcus also funds the National Queer Asian Pacific Islander Alliance, which in turn sponsors the Muslim Alliance for Sexual and Gender Diversity, or MASGD (“pronounced like ‘masjid,’” the group advises). MASGD says it serves “a community whose members exist at the intersections of multiple oppressed identities,” and that it “aim[s] to increase the acceptance of gender and sexual diversity within Muslim communities.” Arcus has also given funding to Dr. Amina Wadud, recently embroiled in controversy for calling the Prophet Ibrahim a “deadbeat dad,” for “an ambitious three-year effort to develop commentary on what the most influential Islamic texts say about homosexuality, with the aim of disrupting the connections between more conservative interpretations and discriminatory practices.”

“Who’s Sticking Up for Muslim Americans At a Very Scary Moment?” asked the online journal Inside Philanthropy in 2015. Its answer: Proteus, the Soros-funded group. American Muslims too have noticed the support from progressive foundations. They’ve noticed the very real help from liberal groups like the ACLU, and they’ve also noticed the millions of dollars poured into anti-Muslim initiatives from segments of the political right. Thus it is perhaps understandable that mainstream American Muslim organizations would work with progressives and accept funding from them; in many cases, it may even make sense to do so. I myself was represented by the ACLU in a religious freedom lawsuit against the Federal Bureau of Prisons.

But American Muslims need to understand that funding from Proteus, Arcus, and so on is given pursuant to the left’s broader vision of refashioning Islam into an ethnic identity and social justice ideology and absorbing it into the progressive movement. At present, the progressive left does not view its alliance with Muslims as a marriage of equals, as a coalition that works together on issues of common concern but whose members respect their disagreement in other areas. Rather, as MVP proved by trying to spread teachings contrary to mainstream Sunni Islam at an ISNA convention and then aggressively “calling out” ISNA when it objected, the progressive left’s tolerance of Muslims’ social conservatism is temporary and strategic, and they will demand compliance with their moral code if and when they deem appropriate.

The situation of Muslims in America is indeed scary: an openly hostile man occupies the White House, well-funded anti-Muslim propagandists are working overtime, terrorists target the West in an effort to turn public opinion against us, and hate crimes against Muslims are on the rise. Our flattering friends on the left stand with us, while some of them work to mold Islam into something more to their liking. Our challenge in the face of all this is to keep our nerve: for knowledge of right and wrong, American Muslims must look not to expediency or the latest political trends but to the book of Allah, the Sunnah of his Prophet, and the insight of our qualified scholars. We must cooperate with anyone–left, right, or center–for Allah’s sake and in the pursuit of the common good, for ourselves and for our non-Muslim neighbors. But we must have the confidence to resist the temptation to betray eternal truths for temporary and illusory gains. With this moral clarity, we will enter alliances from a position of moral strength and leadership. Without it, we risk losing what makes us Muslims in the first place.

Ismail Royer is Research and Program Associate at the Center for Islam and Religious Freedom (CIRF). The views expressed here are his own and not those of CIRF. Read his blog, agoodtree.net, and follow him on Twitter @_ismailroyer