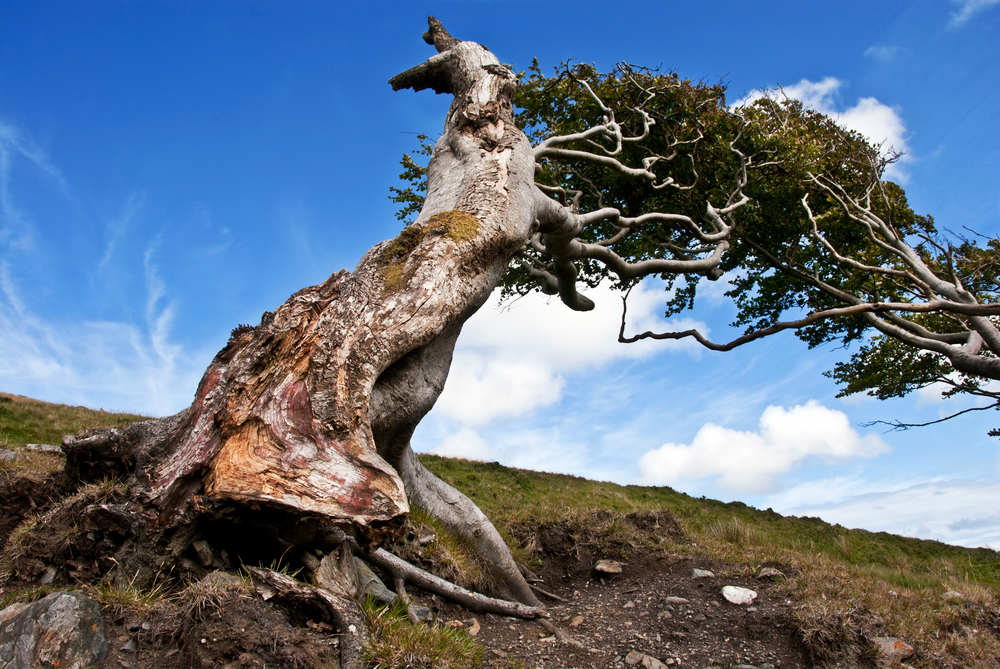 The title of this article comes from a ḥadith.It is a Prophetic narration which amazed me the first time I came across it, and continues to do so every time I reread it. It is in some ways at the essence of an issue I am deeply passionate about; Quranic contemplation. It epitomises for us the way we should be relating to the Qur’an and the nature of our connection to the Speech of Allah

It also raises a number of difficult questions we need to ask ourselves. What effect does the Qur’an actually have upon us? Do we really spend enough time with the Qur’an? How do we gain that greater relationship with the Book of Allah

? We read the Quran, study it when we can and memorise portions of it, but how does it impact us? These are questions I often ask myself.

had with the Quran, I see a wide and deep gulf. There are few narrations which show how deeply the Quran transformed the Prophet

than the one upon which this article is based. It was not just a change or improvement in character and spirituality, but also a physical transformation.

In this ḥadīth, narrated by Abu Juḥayfah, Ibn ‘Abbās and others,[1] Abu Bakr

came to the Prophet

one day, and remarked how he looked older. Specifically, the Arabic wording refers to ‘shayb’ which is when one’s hair turns grey and white. This itself is an interesting insight into how closely the Companions paid attention to the minutest detail of the Prophet

. Not only did they notice his actions and memorise his sayings, but they also paid attention to the subtlest of changes. What makes this particular observation more remarkable, is that the Prophet

didn’t have more than twenty white hairs in his beard and head by the time of his death.[2] Yet still those extra couple of white hairs did not go unnoticed.

is somewhat commonplace. We often say similar things to members of our family and friends, especially when we haven’t seen someone for a length of time. We banter that a friend looks older, their hair has thinned, they’ve put weight on or lost it. Usually in response, that friend will give us a reason as to why they look older or different. Perhaps, they’re stressed at work, they have health issues or maybe their spouse and/or kids have put a strain on them.

However, this was not the response of the Prophet

. Let’s be honest, he had plenty of stressful issues going on. He was a husband, father, friend, imam, leader and military general, all rolled into one. He would have to prepare the Friday sermon, lead the prayers, deal with people’s issues and disputes. He would then return home and support his family, play with his grandchildren and joke with his daughters. He would visit the elderly and ill, spend time with his friends and feed the poor. He would then deal with the threat of Quraysh and others, train his army and deal with the political issues of his time, and much more besides.

Yet none of the above were used as reasons for his growing old. Instead, the Prophet

, “It is Sūrah Hūd and her sisters [i.e. similar chapters] which have me grow old.” In another narration, the Prophet

I am tempted to end this article here. To leave everyone with this narration, simply to ponder over it and all that it entails. However, I do want to add a few points. Firstly, it shows the level of connection the Prophet

had with the Qur’an. When he read chapters like those mentioned above, which focus on issues of punishment of past nations, the Day of Judgement and Hellfire, he would internalise the verses and imagine himself there.

Secondly, our relationship with the Qur’an cannot just be surface. It can’t be limited to a single inspiring lecture or some amazing recitation. It requires us to imbed the message of the Qur’an within our hearts and imprint its lessons within our bodies. This in turn, requires hard work, dedication and perseverance.

Thirdly, with each passing generation we seem to become slightly more distanced from the Qur’an. The essential need for our children and youngsters to have a solid connection with the Qur’an in all its different forms is so important and vital for the future of our communities. It is our collective responsibility to attempt this.

Finally, unless our mindset changes, we are at risk of having the Qur’an as a Book we respect, honour and love, but that we do not understand. Its lessons, words and verses will remain a mystery to us, its pearls and gems rarely unearthed and its benefits seldom attained. I want to conclude this article with another ḥadīth to show how the Prophet’s

connection with Sūrah Hūd was not a one-off but a developed relationship.

‘Ā’ishah narrated that the Prophet

would become perturbed when he would see clouds and strong winds. She remarked how the people would see these as signs of coming rain and would rejoice, but he would look upset. He said, “O ‘Ā’ishah, How can I be sure it is not punishment? Nations were punished with fierce winds and others saw punishment but thought they were rain clouds.”[8] The nation he refers to as seeing rain clouds were the nation of Hūd

. Thus, the story of Hūd is internalised to the level it changes the behaviour of the Prophet

says, “And when they saw it as a cloud approaching their valleys, they said, ‘This is a cloud bringing us rain!’ Rather, it is that for which you were impatient; a wind, within it a painful punishment. Destroying everything by command of its Lord. And they became so that nothing was seen except their dwellings.”[9]

[1] Collected by al-Tirmidhī and others.

[2] For example, see the narration of Anas in al-Bukhārī.