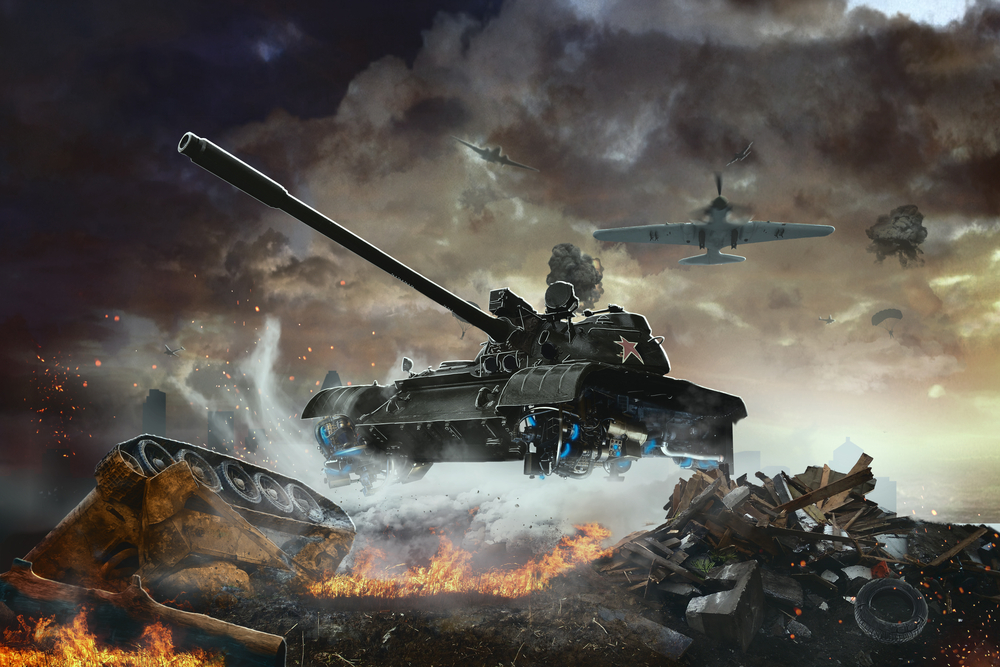 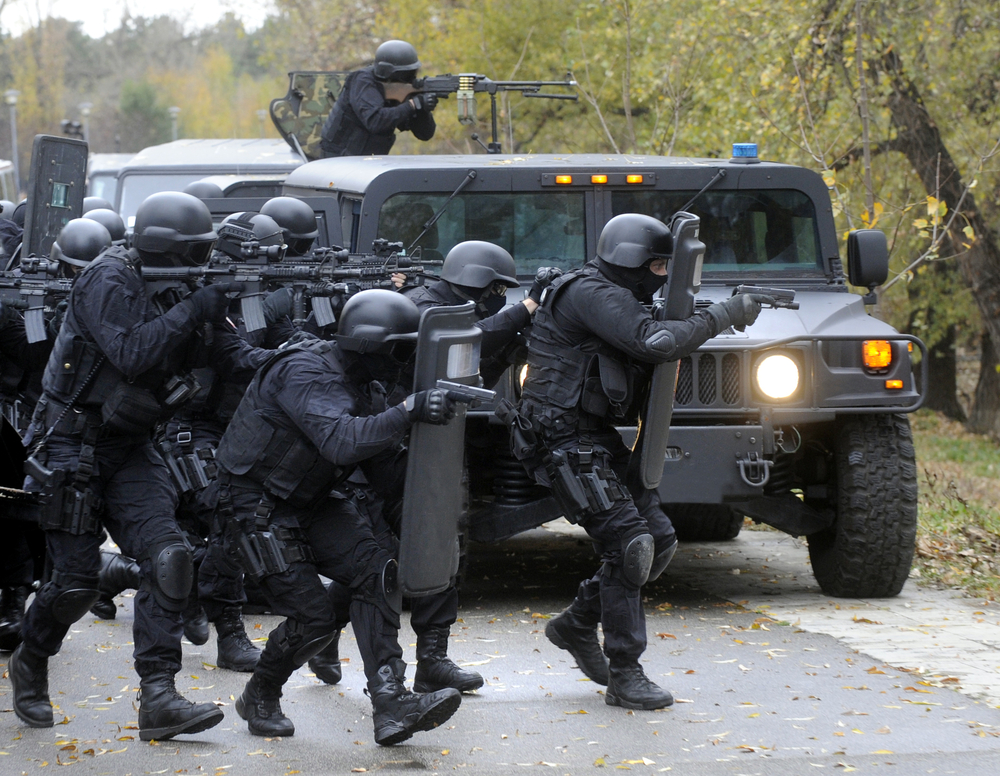 I saw a fraction of what it meant to be face to face with the heavy armament of the United States military forces while I stood, a Black Man, at the rim of Fulton and North Avenue during the Baltimore Uprising. The National Guard showed up to protect property from frustrated demonstrators. I remember watching what I assume was a lieutenant’s boots strike the ground as he exited a sandpaper colored Humvee in the direction of a riot police line. Behind him sat several other Humvees and soldiers in full combat armor. He was around 6’ 4.” His face was weightless. His skin was pale. He walked about the apocalyptic scene with a certainty I probably will never forget. It’ll also be a struggle to lose the sight of him him quickly order his team about. Everybody in this unit moved robotically, assembling themselves within the long corridor. Before anyone knew it they had completely taken the street.

Protesters acquired ground wherever there wasn’t an assault present. There’s only been a couple of times in my life when I felt a sense of powerlessness, coupled with absolutely clarity. This day, the tandem were sandbags on my chest. National Guard Service isn’t particularly referenced in the sexy 11 p.m. military commercials on Channel 45. They’re presented as a subtle form of militarism, a Lite version. In that moment I sunk into my thoughts and entertained what it would be like to live in an obscure place outside of America, and have a war machine gallop through it. I knew this was reality that hundreds of thousands of people live with around the world. Militarized police are one thing. But a fully equipped death battalion added a fresh cartridge of trauma to my mind. 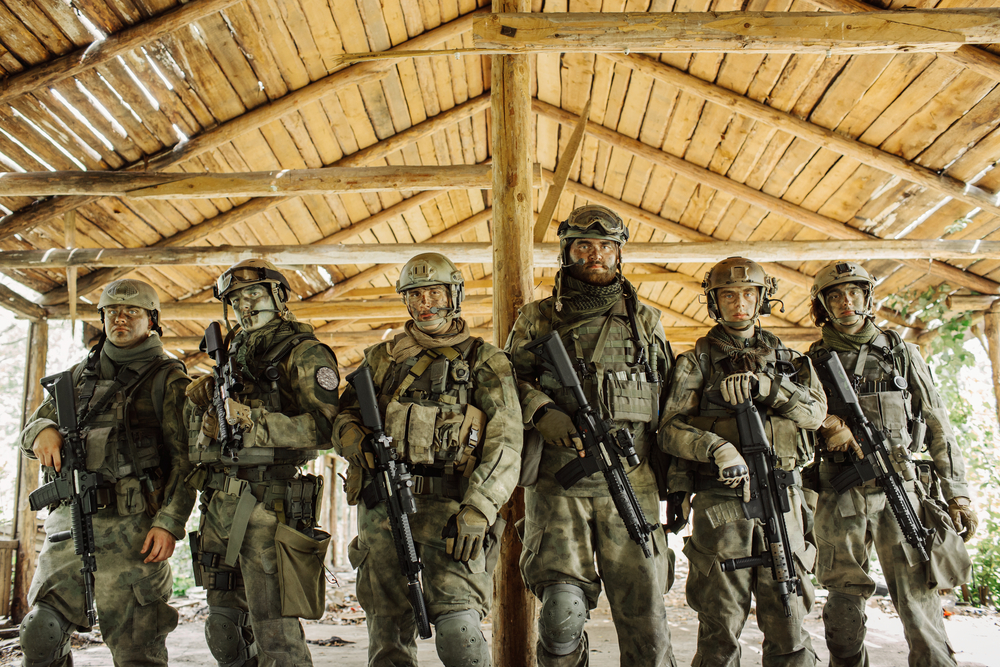 As talks of proxy-war, nuclear capability, and the absence of emotional intelligence put news coverage in a half-nelson, at least for now, I’m reminded of African proverb, “When elephants fight, it is the ground that suffers.” And beyond anything craftable in our imagination about what lies ahead we know with a surety, that our palate has been nurtured to appreciate a good clash of powers whenever convenient. All the republic needs is a character to direct it’s frustration towards. First Yemen, then Syria and now nuclear-equipped Korea are being positioned perfect for this movie’s plot. Whether or not it ends being a box office hit, depends on American people as audience, purchasing the ideological tickets. Before this week, in almost every poll the Trump Regime teetered at a 35% approval rating. Last week we saw airstrikes target Syria. Now in this moment we have a brewing nuclear cold-war actually being instigated through Twitter. It’s almost surreal.

Euphoria is what movies like American Sniper created for its patrons who helped it become the top title in 2014, grossing over 500 million in sales. It outranked theater beloveds like Hunger Games: Mockingjay. Director Clint Eastwood, a household relic of all things coarsely patriotic depicted the story of Chris Kyle, a navy seal celebrated for having the most recorded kills (150 plus) for any sniper in the history of American warfare. The film brewed family values, the love of country, PTSD, and bloodshed into it’s narrative. Movies like American Sniper are valid precursor to the vibe overcoming so many. They prove that all the hideousness of war are an afterthought, just as long as there is a formidable enemy propped up to rally against. It doesn’t matter if federal budgets are castrated. It doesn’t fracture constituencies even if sons and daughters are sent to perish in foreign lands. What matters is that America’s appetite with “winning” has to be fed.

I represent an odd bunch in this country. A majority minority that has looked out at American military campaigns throughout it’s infantile life with twisted necks. War for us, is not peppered with enraptured thoughts of parading into the sunset, rifle in hand, country in heart. It has been more like a spectator, sitting too close to the running of the bulls, wherein any moment the behemoth creature can turn its horns on you. For us there is hardly anything entertaining about endless sieges and helpless civilians being subjected to all that war embodies. A person in my predicament only sees utility preparing for unintended blows, violently or systemically. This is what Muhammad Ali almost crushed his career to ashes for.

Two energies need to be subdued to ensure our world isn’t eclipsed by man made instruments, the love of war, and the love of profitable war. It means Americans will have to look at themselves in funhouse shaped mirrors and acknowledge the distortions. It requires, that America acquire the taste of peace rather than gunpowder.

Bint al-Shati’ on the Qur’an and Science