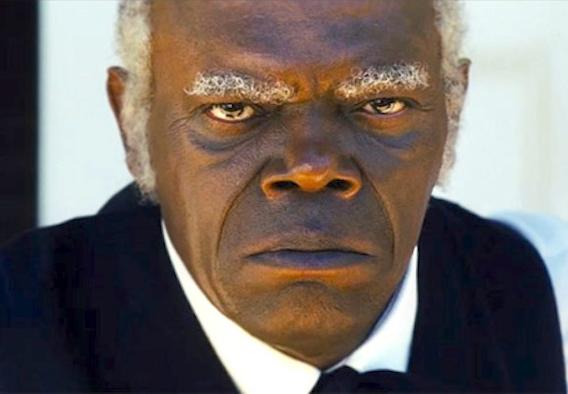 In the closing days of the Obama Administration, several nonprofits were awarded grants under HR 1022. The purpose of the funding under the law was for “countering violent Islamist extremism.”  Contrary to reports Trump is changing the focus of CVE to focus on Islam, the Republican Congress has already done that. The Department of Homeland Security had announced the funds awarded were a “Homeland Security imperative.’’ Reports are that more than 100 organizations throughout the Muslim community nationwide evidently applied for grants, although we won’t know for sure until the applications are made public.

This is odd since the “debate” about CVE in the US Muslim community is long over. The Institute for Social Policy and Understanding (ISPU) hosted a debate at the ISNA convention in September 2016 and they were unable to find a single speaker who could state that CVE provided any “net benefit” to the Muslim community. The benefits go only to profiteers. Since 2015, several national and local Muslim organizations, Civil Rights Groups have all agreed the program is harmful and discriminatory, and serves no beneficial purpose to society at large.

But the question then comes up, are Muslim organizations, as well as those with secular missions serving Muslims, Arabs and Somalis, that took CVE money inherently corrupt and untrustworthy? I would not be so quick to come to that conclusion.  That groups are starting to turn down CVE money in the face of the Trump Administration’s apparent desire to humiliate them by contradicting their talking points justifying receipt of the funds does not really distinguish the malevolent organizations from the merely naive. Most recently, Bayan Claremont announced it will turn down its $800,000 CVE grant. Some groups will no doubt cling to the funds (if they are ever distributed) no matter what the cost to their reputations in the Muslim community.

These are most grantees (not the most applicants), such as law enforcement and private organizations comfortable with the Islamophobic goals of CVE. They have no Muslim, Arab or Somali community constituencies.

Organizations that serve or claim to serve the Muslim, Arab or Somali communities that are either AstroTurf groups or set up to exploit the trust of communities and youth —funded with law enforcement and national security-focused grants. A formerly “good” organization with a reservoir of trust inside the community can change its mission to focus on getting security grants.  These are the most harmful as they take up positions of trust they do not deserve, that they can then easily abuse for federal security cash. Confidence groups need not be federally funded, but tend to use their credibility within the Muslim community to pursue interests hostile to it, whatever the motivation.

Organizations that serve the Muslim, Arab or Somali communities who are new to security contracting and did not necessarily know what they were getting into. Perhaps they genuinely believed it was free money to fulfill their own organization’s aims.  While it may seem laughable to some that a government security and intelligence agency would give away free money for religious and charitable purposes, this idea may have driven most applications. Indeed, some Muslim institutions appeared to believe they could get funding for religious programming at mosques that did not endorse terrorism. DHS seemed to encourage applications from religious organizations, so long as the grants were not for “proselytizing”.

Traditional security contractors are easy to identify and this category is beyond our scope. The other two, Confidence Security Contractors and Green Security Contractors are harder for Muslim community members to tell apart. This is because there is no organization that operates in Muslim spaces, anywhere in the United States I am aware of,  that publicly claims to use their CVE grants for the purpose the grants were intended for under the law. Rather, they all appear to claim it is money for non-security things they would be doing anyway — which is to say confidence contractors are pretending to be green.

The CVE brand is toxic in the Muslim community. Without deep-seated internalized Islamophobia or a corrupt motive, people normally do not assume their mere existence, and the existence of their children, offers the nation a greater criminal and national security threat than that of their non-Muslim neighbors. People in the CVE business understand this.  While the politics behind CVE demands an Islamophobic frame that works well for white supremacy, which gets Congress to fund the grants, it is hard to swallow for most Muslims. This is why the industry would prefer “Countering Violent Extremism” to “Countering Radical Islam” or “Countering Violent Islamic Extremism” or other alternatives currently being pushed. So, the issue needs to be finessed by those Muslims groups who want the money while maintaining some semblance of “credibility” inside their communities.  This can look sloppy.

At one Muslim meeting concerning the program “Safe Spaces” in 2016, the Muslim Public Affairs Council (MPAC) President denied the program was CVE at all. A local Imam pointed to MPAC’s website on his iPad, which identified the program as CVE.  In January of 2017,  MPAC’s President again made an identical claim about how “Safe Spaces” was not CVE in front of leaders of a local Muslim community, days after the public announcement of a grant from the Federal Government for CVE for that exact program. When the false statement was again pointed out by a leader, he claimed the program was different because it was “community-led.” As MPAC is a security contractor acting against the wishes of the Muslim community and at the behest of the DHS, which has awarded it a grant for services, the claim is also false. MPAC’s Safe Spaces website currently claims it is an alternative to CVE, despite the grant.

MPAC is a unique organization in the American Muslim community.  They have a strong record serving the interests of the police, at one point was on the same page with a police mapping program, promoting this position in newspapers and to members of their listserv, then denying they ever did that. Internationally, they supported the Sisi military coup in Egypt. As documented at Muslimmatters and elsewhere, Safe Spaces itself was a masterwork of mendacity with no socially redeeming value. The notion anyone can engage in pre-crime detection to stop terrorism is fraudulent and been disproven for years. This is beyond serious dispute. MPAC also has a record of duping Muslim leaders, including Islamic scholars who should know better about its work vilifying traditional Islamic scholarship and associating it with terrorism.

This work has led to plenty of federal cash (if the grant goes through) for the MPAC, as well as employment and contracting opportunities for former employees and associates.

Just give it to the poor?

The real challenge comes when Muslim organizations appear to be largely in agreement about CVE being bad, but take the money anyway without anything as offensive as MPAC’s “Safe Spaces” in their record.  What do we make of them?

I had spoken to the head of another nonprofit that received a CVE Grant. He was adamant that he is against CVE, that they applied for the grant to prevent Islamophobes from getting money.  Furthermore, the money will be given away to food pantries and support for projects for the poor and not for anything related to the goals of CVE, which to him are offensive and ridiculous.

Even if the money is merely to be given to the poor, there is the matter of taking money from the Federal government for purposes other than for what it was intended. There is no reason to believe the Trump Administration would pass up on the opportunity to aggressively prosecute Muslims who misappropriate funds for fighting terrorism, since that is federal grant fraud. Indeed, audits of Federal contractors are common, and adversaries of the organization can report fraud or misappropriation of grant funds quite easily. Disgruntled employees can even profit mightily from qui tam actions under the false claims act. Subgrantees may be on the hook for various forms of liability as well and should stay far away from this program.

Regardless of good intentions, grant fraud with anti-terrorism funds is a poor nonprofit practice that should be avoided. Green Security Contractors should send the money back or not accept it in the first place.  It seems this is happening now.

Our communities should demand transparency from nonprofits that purport to serve them. All groups with Muslim constituencies should disclose all contracts with the government, their application with the narrative for why they asked for the money, as well as the proposed budget. They should also disclose all correspondence with the government, including emails. While people such as Waqas Mirza, who writes about CVE at Muckrock will likely send out Freedom of Information Act (FOIA) requests for all CVE documents, it is possible the efforts will be limited by the Trump Administration on national security grounds. Muslims should not tolerate a lack of transparency in the use of security funds by nonprofits that purport to serve them.

If an organization claims it is within the bounds of their contract to not make suspects of groups of people, including Muslims, Arabs, Somalis, those with mental illness, engage in oracular pre-crime services like MPAC’s Safe Spaces, national security propaganda like hyping fake terrorist threats or other CVE-related activities, and can simply give money away to the poor, that should be stated in writing and made public.

It is unlikely any organization can use CVE funds in a manner that does not do actual security-related work while being immune from criminal or civil liability.

The only realistic option is to reject CVE funds as some groups have already done. Turning down these funds is not heroic or principled. They should have never applied for security funds. It was wrong no matter who is President. Rejection is the first step in righting an ethical lapse that occurred from applying for the funds in the first place. Muslim leaders and community members should be assertive in demanding groups that have successfully applied for CVE funds reject or return the funds to maintain any level of access and credibility within Muslim spaces. The organizations should also develop ethical rules for their organizations the prevent such travesties from happening again.

The problem of confidence nonprofit and for-profit organizations and individuals is a long-term challenge for the Muslim community. We should all start being more discerning.