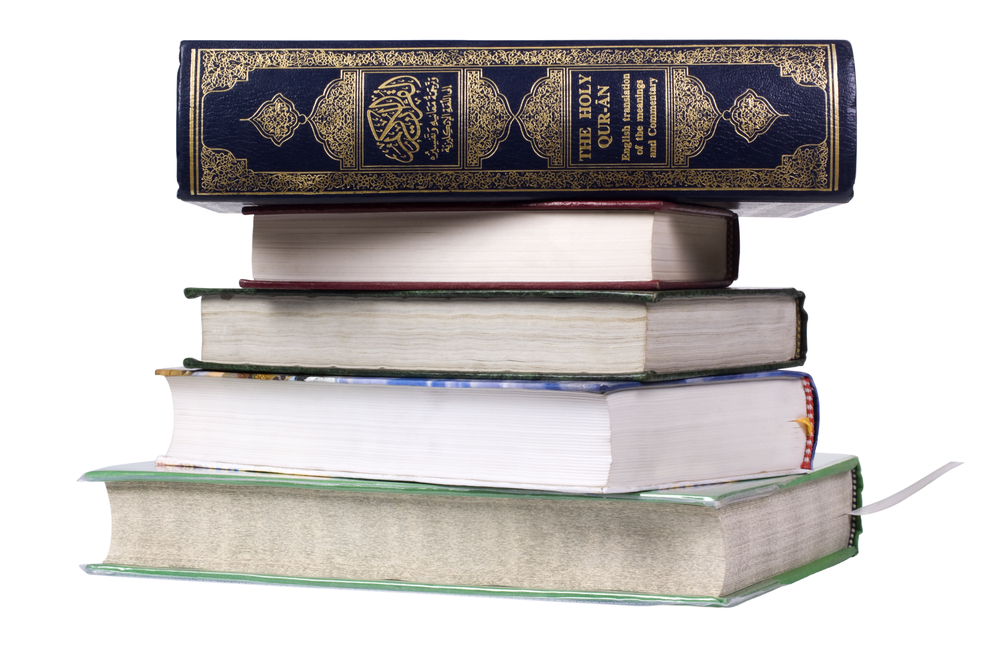 Over the last two years, Muslim bloggers and writers have published countless articles that challenge or outright reject the traditionally normative Islamic view on social issues and Muslim life. Often, one reading the article is left wondering if the author realized that many of the premises upon which their opinions are based are in direct opposition to Quranic and/or Prophetic teachings. MSAs, masjids, and other Muslim organizations across the nation have felt the need to redefine Islam as they re-contextualize it. My contention is not only regarding their attempt to redefine essential aspects of Islam, but rather the methods and premises upon which their arguments are based. Islam over the last 1400 years has encountered many cultures and it has always managed to maintain a distinguished and recognizable form, while also adjusting to the natural differences in people.

As of late, attempts have been made to redefine Islam’s position on gender interaction, hijab, homosexuality and even premarital sex not based on authoritative evidence but rather based on two philosophical notions: an appeal to public reason for conflict resolution[1] and a rejection of any authority other than one’s own intellect (anti-heteronomy).

The combination of public reason and anti-heteronymic thought has created Muslim demi-gods who feel empowered by Kantianism to challenge God and empowered by Rawls to feel that only public reason can solve conflicts and not religion.

Regarding autonomy, Kantianism[2] teaches that all claims to authority must be challenged by one’s own intellect. If it be truth, it must first be destroyed and then rebuilt by the individual. The Western Muslim is thus empowered to challenge God’s revelation with nothing more than their opinion, along with extensive appeals to the ethos of their readers. What then remains of religion? What then remains of the idea of revelation?

The Source of the Problem: Islamic illiteracy

Over the last twenty years the American Muslim community has been incapable of creating an Islamic educational system that promotes and produces individuals with a fundamental religious education. Much of this generation’s religious education was gained in poorly organized weekend or Sunday schools in their adolescent years, which is well below the scope of true Islamic intellectualism. Completion of Sunday school leaves a student with a false sense of a monumental educational accomplishment. The theological masterpieces of intellectual giants like Al-Ghazali, al-Razi and Taftazani are never mentioned or referenced. In fact, one would be surprised to even hear their names. This Sunday school education is followed by an occasional knowledge retreat or conference as young adults, which often is more edutainment than education and does little to rebuild the original Islamic culture of constant religious study throughout one’s life. This has led to a generation of young Muslims who are highly educated in almost every other field but possess a fifth grade level of Islamic education.

In Islam (and by Islam I am referring to firstly the Quran, secondly the Sunnah and lastly 1400 hundred years of scholarly work.) there are things called musalimaat or givens. These are aspects of Islam which were normally not debated and considered general knowledge. That is of course when religious education was a continuous part of life. Though there are sources for these givens, the traditionally high level of religious knowledge held by the general public made these aspects of religion “common sense”. This “common sense” nature of these givens led to a more simplistic transfer of these things without constant verification by the average muslim. Things such as fornication being wrong, hijab being an obligation from the Quran, homosexuality being forbidden, alcohol being a vice and the communal responsibility to maintain ideals are a few examples of musalimaat. The word “given” is perhaps the most appropriate word for these musalimaat, because it infers to an external source or authority. Meaning these musalimaat were literally given to you from the previous members of the community.

Why do we see Islam going through such a drastic change right before our eyes? Every other day, poorly educated Muslims are changing and challenging the givens of Islam thinking that they can define or redefine Islam. A benign cancer of anti-heteronomy has taken over the minds of those who submit. Articles are written which challenge or outright reject very clear Qur’anic verses or prophetic statements based simply on the authors opinion or public reason. These articles are often over-saturated by an appeal to the ethos of the reader and actual authoritative proof is marginal.

Some political theorist deem public reason is an ideal tool for conflict resolution in a pluralistic society. John Rawls[3] felt that public reason gave members of society common ground upon which to debate and resolve problems. Without public reason Rawls felt that differences could never be resolved. The current trend by young Muslims to use public reason as an authority for problem-solving and community interactions is strange. Public reason is even being used to define the ideal piety. Liberalists appeal to public reason, in reality, directly challenges the notion that God is the source of ultimate value. Masjid conflicts, MSA decisions and many other Muslim social issues are being solved by public reason. After a decision is reached through public reason, leaders search for the mufti, scholar, or religious authority to support the agreed upon position. Anyone who does not capitulate is labeled as backward, uneducated, or not cool, or even worse, an example of how religion is incapable of functioning practically in a pluralistic society. The liberals have now defined what is and isn’t normative Islam. As Dr. Sherman Jackson so eloquently points out,

“Finally, to the extent that “public reason” becomes basis upon which Muslims expect to negotiate differences, the concrete and specific dictates of the Qur’ān, Sunnah and recognized tradition will likely strike them as oppressive or as unfairly tipping the balance in favor of those who can claim greater knowledge of the religion.”[4]

Public reasons authority has been challenged in the Quran, almost explicitly,

“And it is not for a believing man or a believing woman, when God and His Messenger have decreed a matter, to have a choice regarding the matter”[5]

The definition of right and wrong, the ideal lifestyle, and the definition of piety is not given by your Kantian influenced mind or minds. It is Allah and His Prophet ﷺ. So let us begin our discussion on Islamic issues from there.

Autonomy: A Rejection of Authority outside of yourself i.e. Self-law

Heteronomy is an acceptance of authority outside of oneself. Kant’s plea for man to be autonomous and think for himself was a direct challenge to the establishment of the church. “Be one who gives oneself one’s own law.”[6] Blind acceptance of anything other than oneself was to betray the gift of the mind, given to us by the Almighty. One must deconstruct everything and thereafter build it again. There are no givens in Kant’s world other than that which each individual has constructed. For the Muslim who claims to believe in a God who has ordained and prescribed a way of life, who has given man a law by which to live the relative morality of the liberalist becomes drastically more absolute. In fact, present day academics have accurately pointed out the hypocrisy that lies in relative morality, a discussion well beyond the scope of this article.

The Quran displays the gross extent to which a rejection of heteronomy will lead a people. When confronted by Musa (A.S.) Pharaoh responded by completely rejecting any authority other than himself. “I know no God other myself!” He made himself his God.

A society of people who reject heteronomy is a living Hell, consisting of millions of demi-gods. Each believing that their own opinions should be held as authoritative as Allah’s law. Inna lilllahi wa inna ilaih rajioon. The Prophet ﷺ prophesized such a trend.

“Ordain the good and become and obstruction to evil until you see greed being obeyed, desires being followed, preference being given to the worldly life, and every person being impressed with their own opinion. When these things occur then busy yourself with your own affairs.”[7]

The solution to this problem is, of course, not an easy one. Many young Muslims have spent decades learning how and what to think. This short article is a simple attempt to deconstruct two premises which many of the articles written over the last three years assume. It is hoped that Islamic education will become the serious past time it once was in the Muslim world. Islamic institutions which focus on higher level Islamic intellectualism must create deep thinking scholars who are courageous and not polemist or conformist. Such institutions have already begun to emerge, This will, Allah willing, produce a generation which provides deeper insight to the assumptions of much of today’s discourse.

[1] John Rawls is considered the most celebrated political philosopher of our time. Wrote in favor of public reason. However deeper investigation shows that Rawls never truly felt that something called reason could solve our problems. Only state coercion held that ability.

[2] Moral autonomy, usually traced back to Kant, is the capacity to deliberate and to give oneself the moral law, rather than merely heeding the injunctions of others. Personal autonomy is the capacity to decide for oneself and pursue a course of action in one’s life, often regardless of any particular moral content. Political autonomy is the property of having one’s decisions respected, honored, and heeded within a political context. http://www.iep.utm.edu/autonomy/

[3] John Rawls (b. 1921, d. 2002) was an American political philosopher in the liberal tradition. One of the most celebrated political theorist of our time. Public reason, in the Rawlsian sense, involves justifying a particular position by way of reasons that people of different moral or political backgrounds could accept.

[4] The Impact of Liberalism, secularism, and atheism on the American mosque.   https://www.alimprogram.org/articles/impact-of-liberalism-secularism-atheism-on-american-mosque/

Letter to My Future President From A Veteran