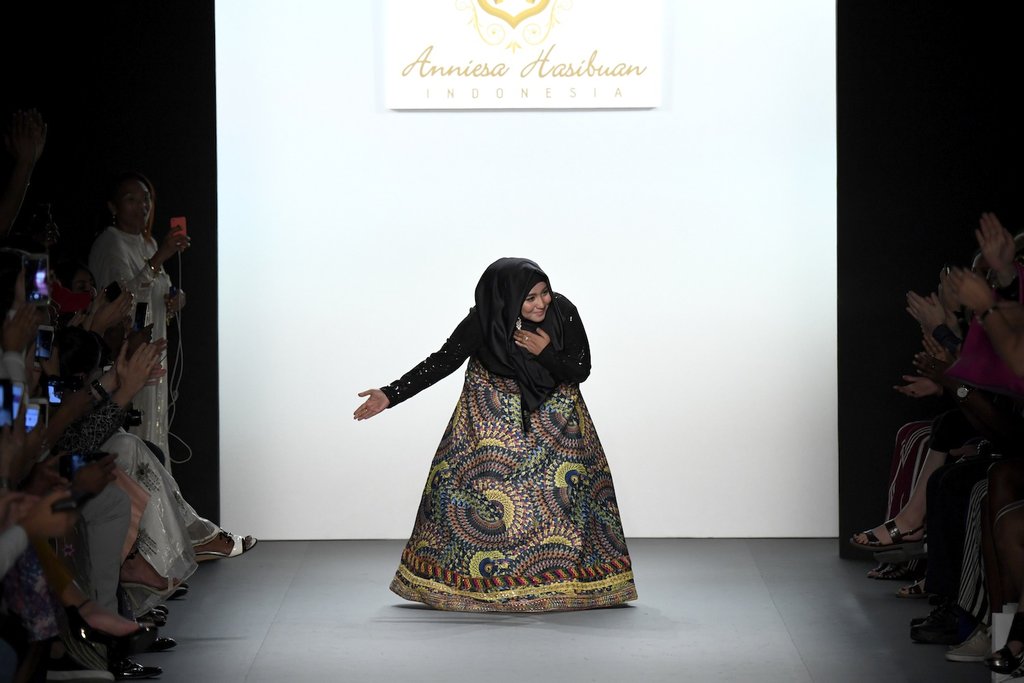 It’s an interesting time to be a hijab-wearing Muslim woman right now. In between flashes of political turmoil on TV, hate crimes, burkini bans and endless condemnation posts on social media, there’s a lot going on in the life of a “hijabi” these days. Despite learning how to navigate this tricky landscape, I’m optimistic. At no other time in recent memory has it been so amazing to be a woman in hijab. We’re that cool diverse face that mainstream big hitters like H&M, Dolce & Gabbana and YouTube are putting in their ad campaigns. We dress amazingly well thanks to the plethora of options when it comes to modest dressing – just search “hijab tutorial” on YouTube and you’ll get a quarter of a million results – and counting.

More and more, we’re no longer seen as weak, voiceless or my personal favorite – oppressed. Hijab wearing women are proving to the world that the exact opposite is true. We’re strong, vocal and yes, empowered. I know I’m not the only one who beamed with pride as hijab-wearing American Ibtihaj Muhammad brought home bronze at the 2016 Olympics. We all cheered on MasterChef’s Season 6 favorite Amanda Saab as she broke all our hearts with her tearful goodbye. We lovingly watched Mariam Jalloul deliver a heartfelt commencement speech to her fellow Harvard graduates at her 2016 commencement.

This past week at New York Fashion Week was no different. In my front row seat, the lights dimmed and I wondered to myself whether Indonesian designer Anniesa Hasibuan would actually show her designs at New York Fashion Week the way she did at Istanbul Modest Fashion Week – in head to toe hijab. Lights up, music on – the first model walked onto the runway. There she was, in full-on hijab and what a sight to see. Model after model in full hijab – in a stunning array of metallic and pastel hues, intricate lace, embellishments and plenty of traditional Indonesian jacquard fabric.

There was something electric in the room that night. Attending show after show with models baring skin for the upcoming Spring/Summer ‘17 season, the striking contrast of Anniesa’s designs were noteworthy to even the most nonchalant of observers. We all knew we were witnessing something groundbreaking. That night, Anniesa made history as the first Muslim designer to showcase all her designs on a NYFW main stage in full-on, head-to-toe hijab. 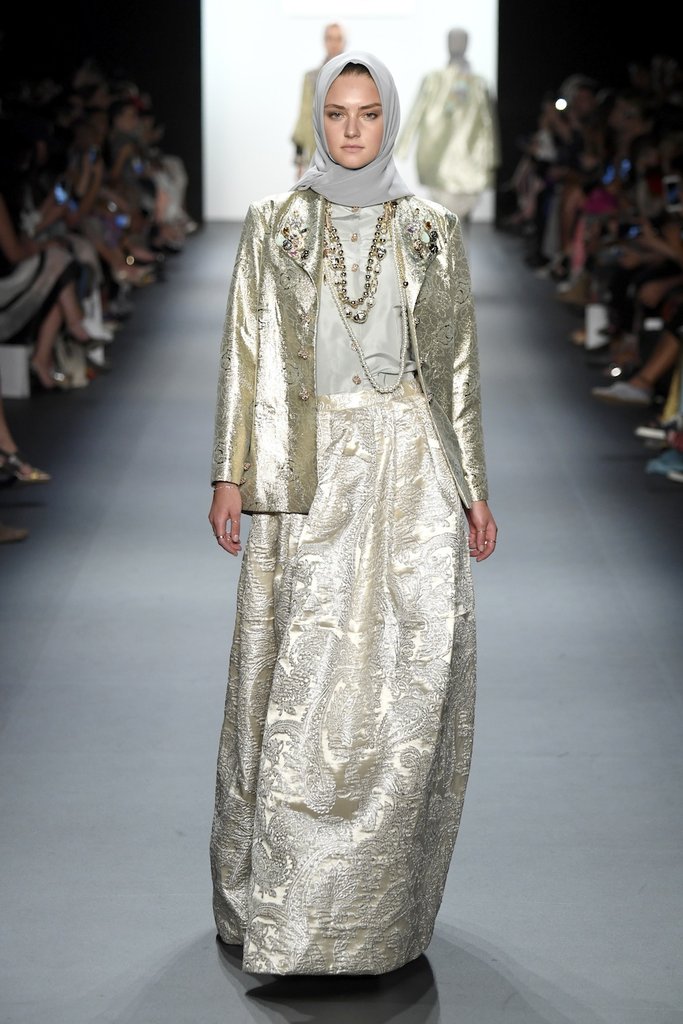 The implications behind this show are enormous. While many think fashion is frivolous, I believe in the power of fashion. It’s a form of non-verbal expression of our identity and values. And it’ll be one of the many outlets in which we make a cultural shift in today’s society to normalize hijab in America – to break down stereotypes and demystify misconceptions. Anniesa’s show was a huge leap in that direction. We need to be present in all disciplines – not just medicine and engineering, but politics, entertainment, journalism, and yes, even fashion. The arts, more than anything defines a culture. And if we’re left out of that conversation, what does that say about our role in American culture? Well, nothing. Which is exactly the problem.

As hijab is introduced more and more into mainstream culture by way of fashion through commercials, magazine ads, and mannequins at the mall, to the rest of American society, hijab (and Muslims as a result) will slowly start to become familiar; less foreign. The inherent other-ness associated with hijab, and even fear, will slowly start to dissipate. It will be replaced by a notion of awareness built on the concept that we are part and parcel of the American cultural mosaic.

The audience, overwhelmingly not Muslim, showed their affection with a standing ovation at the end of the show. “I’d wear a hijab just to walk my dog!” exclaimed one excited onlooker, who like me, was in awe of the beauty we just witnessed. Fashion is universal. It speaks to everyone, regardless of race or religion. The implications of this groundbreaking show are poignant in today’s political and social climate. In the midst of anti-Muslim rhetoric, Anniesa’s trailblazing show informs the world that we are here and that we have a significant contribution to make to fashion. It showed the world that Muslim women are not slowing down, that we’re proud to hold onto our beliefs and take part in society. We’re not sitting on the sidelines, waiting for the world to become a better place. We’re making our mark on society informed by the wisdom of the Quran and the example of our beloved Prophet

Melanie Elturk is the CEO of Haute Hijab, one of the largest U.S. brands for modest fashion. Melanie aims to empower hijab-wearing women worldwide, and in addition to her fashion line, she facilitates support for those struggling with hijab. She has propelled Haute Hijab from a cult favorite to a household name with a loyal following and dynamic social media presence. She is a regular contributor on ELLE.com, has been featured in the New York Times, NBC Today, CBS News, USA Today, Buzzfeed and others. She is an industry expert in modest fashion and has spoken in Malaysia, Italy, Nigeria, Istanbul and across America.

Islam And Muslims In The U.S. Prison System

Muhammad Ali Was Both Superhuman And Super Human