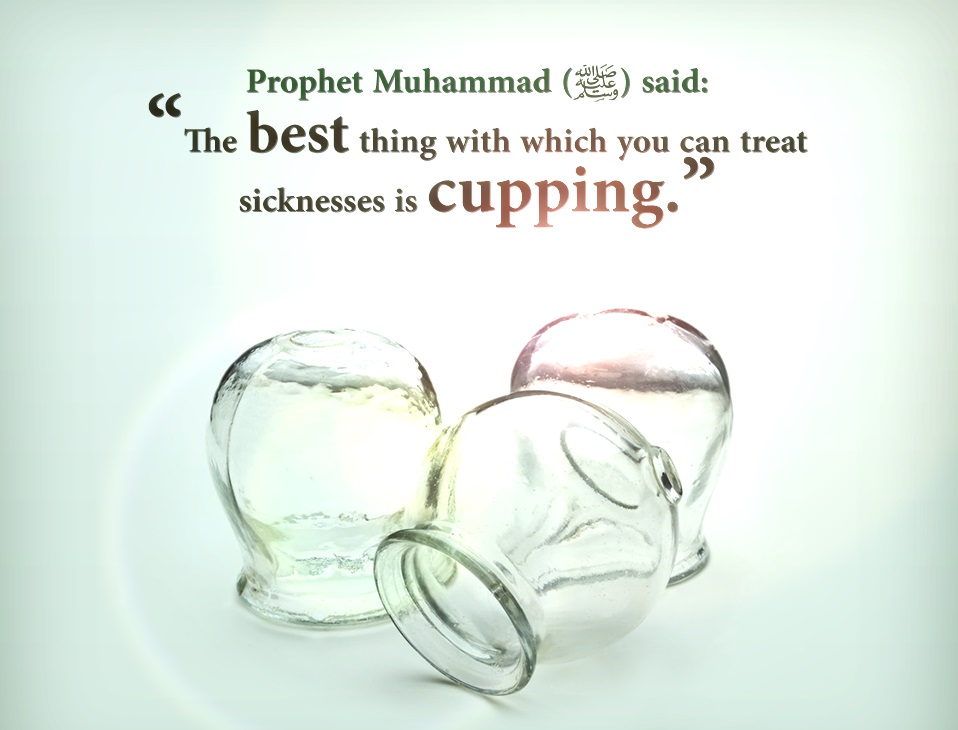 A pink yoga mat is laid out on the hard wood floor. In a crisp white coat Lani*, the hijama practitioner, takes the Made in Korea cupping set that I had pre-ordered online.

We go over the medical and liability forms covering diet, lifestyle, areas of pain, and medical history and hygiene. Lani* was trained by Hijama Nation; she took the friends and family version of the course. This 6 month online course culminated in a trip to their London headquarters where she presented her final paper.

The room is tranquil with the whispers of both patient and practitioner as we make dhikr and recite verses of healing. This is an act of worship. 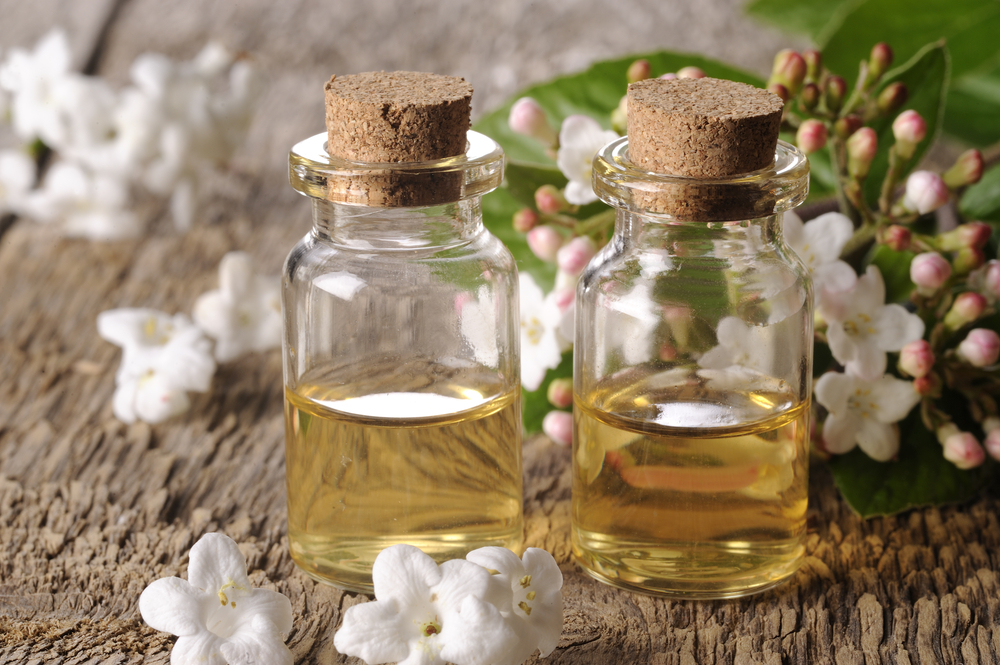 Lani puts her hands on my back, praying for healing. “You have poor blood circulation, I will first do a dry cupping massage,” she says as she rubs olive oil on my back. I have had severe lower back ache and a pinched nerve. My first visit to Lani was 3 years ago. I rave about hijama because it is a forgotten Sunnah and have seen the results way before the Olympic craze —glad that it is getting the attention it deserves and hope some of the naysayers may actually give a try because, hey, Micheal Phelps does it.

The hadith that moves many to practice this sunnah is that every group of angels that the Prophet Muhammad passed on the night of the Isra said to tell the Ummah to do Hijama.” (Ibn Majah 3477) Muslims over centuries have always believed that it is their basic right and duty to practice Hijama. It is a forgotten sunnah and needs to be revived.

Muslims over centuries have always believed that it is their basic right and duty to practice Hijama. It is a forgotten sunnah and needs to be revived.

“Hijama” literally means “sucking” or bring something to its normal state. Hijama is the Islamic term used for what is known as “wet cupping”. This form of medicine has been practiced for centuries by many cultures, but Muslim physicians in the Golden Ages researched and refined it into a system.

Cupping is performed in several steps. The most common site for cupping is on the upper back between the shoulder blades, away from veins and arteries; though it can also be performed in other areas. Since I suffer from irregular menstruation, backache and elevated heartbeat, Lani* decides to cup me on the eight sunnah points on my back.

After 3 minutes, she takes the cup off, sanitizing the area, makes small incisions in the skin with a sterile disposable diabetic lancet, and places plastic disposable cup over my skin; repeating the procedure a few times. “People get scared of a razor, so I use this,” she says showing me a prick disguised in a pen. It is noted in al-Bukhari and Muslim that healing is “in the incision of a cupper.”

A sunnah hijama treatment involves the release of stagnant, subcutaneous blood from the point(s) being treated. Blood starts gathering in the cup and coagulates.

Muhib Rahman had hijama therapy done for chronic back pain. He had tried physical therapy and medication but the pain was reoccurring. He leads a physical lifestyle as the founder and trainer at Aqabah Karate, in College Park, MD. “Seventy percent of my pain went away; I don’t know if it was psychological but I felt better,” says Rahman. The effect was not immediate; Rahman says it took a few days to feel relief.

Hesitant about Hijama at first, especially concerned about the training of the person doing the therapy as there are many quacks, he finally received therapy when he was referred to a man who had done hijama on several people in his local community. “I would do it again, but the brother has moved out of state” says Rahman. His wife also had cupping done after childbirth.

Saba Syed’s (Umm Reem’s) move from the East Coast to the Middle East enabled her to get hijama treatment for her carpal tunnel. Her sister, who resides in Saudi Arabia had migraine headaches and had exhausted all medical options. When her sister started getting hijama on her head and stopped needing medication, Saba knew that she had to get it done. “The sister did hijama on some specific areas on my arm and shoulder and just after 2 sessions I was able to actually feel my fingers and the pain went away,” says Saba.

Practitioners say that the benefits of Hijama are many, among them detoxification of blood, stimulation of new blood formation, relieves Inflammation ad congestion. “As we age, we suffer from increased accumulation of toxins, stemming from poor diet and lifestyle, pharmaceutical drugs, pesticides, insecticides and other chemicals in our fruits, vegetables and meat, environmental pollutants and chemicals,” writes Dr. Sohail Qureishi on his Facebook page. He runs a hijama clinic overseas.

Finding a practitioner is one of the hurdles that many people who want to get hijama therapy done face. Most do not advertise or set up clinics as they do not have the necessary state licenses. There is a dire need for a self-regulating agency for hijama ractitioners similar to those that govern the Jewish ritual circumcision practitioners (mohelims). There are other barriers to entry —blood disposal services are very pricey and many Muslims doctors, who can practice it, don’t endorse the therapy due to lack of scientific research.

This is why many practioners only practice it on friends and family. Lani* is a friend of a friend of a friend. She wants to make the sunnah easy on people. She doesn’t charge any money or take any compensation. Although people are urged to follow the sunnah of not charging a set fee, patients are also urged to pay the therapist for their time. Some people take Lani* gifts of local honey & fruits, others present gift cards.

She books her appointments according to the lunar calendar, as each patient is given a time of day that is most beneficial for their treatment.

According to the e-book published by Hijama Nation, “the reason behind practicing Hijama at certain times was that it depends on the gravitational pull and the levels of fluid/water inside the human body at certain times of the month. Just as the moon effects the tide of the ocean, it effects the human body. Therefore, cupping should be performed on odd days of the lunar calendar when the forces of the moons assist in removing the dead blood cells.”

According to hadith, the best time to perform hijama is during the third week of the lunar month. The Messenger

said “Whoever performs cupping (hijama) on the 17th, 19th or 21st day (of the Islamic month) then it is a cure for every disease.” [Saheeh Abu Dawud].

People who get treatment expecting overnight miracles will be disappointed as hijama is considered a preventative therapy. “If a person in their twenties get treatment every 6 months, they can prevent the onset of diabetes, heart disease etc,” says Qureishi.

Hijama is spiritual healing, a spiritual process more than a physical process, and qualified therapists suggest finding a practitioner who understands the difference. Practioners also use hijama to remove or significantly reduce the impact of possession and black magic, based on the sunnah of the Prophet. It is recommended in the area beneath the neck and in between the shoulders (al-kahil) and the two areas on the neck just beneath the ears (al-ahda’ayn).

James M. McConnell, is the author of the book Hijama versus Cupping. He believes that hijama should not be practiced without ijaaza as it is ancient religious healing and the healer should be vetted for moral and spiritual mettle. He received his ijaaza in Syria and has been providing Hijama services for free for thousands of people in Virginia. He also gives lessons.

Dr. Zahra Ahmad of the Dar us Salam Clinic does not practice Hijama but says that she does want to learn about it as is it a confirmed Prophetic Tradition. “I just cannot wrap my head around the science, but will make an effort to understand it.”

The Journal of Contemporary Islamic Studies says the future of hijama lies in scientifically grounded studies to elevate it from a folk remedy to a valid therapy.

I know hijama has been a God-sent for my back pain and I hope all the doctors I know get trained in this ancient form of healing.

reported that the Messenger r said, “Indeed the best of remedies you have is cupping (hijama)…” [Saheeh al-Bukhari (5371)].

reported that the Messenger

reported that the Messenger r said, “When the weather becomes extremely hot, seek aid in cupping (hijama). Do not allow your blood to rage (boil) such that it kills you.” [Reported by Hakim in his ‘Mustadrak’ and he authenticated it and Imam ad-Dhahabi agreed (4/212)].

reported that the Messenger

The Curious Story of Moses and the Angel: Did the Messenger Musa عليه السلام Really Punch an Angel?

75 Reasons Why Muslims Must Stop With Their Terrorism Condemnation Ritual