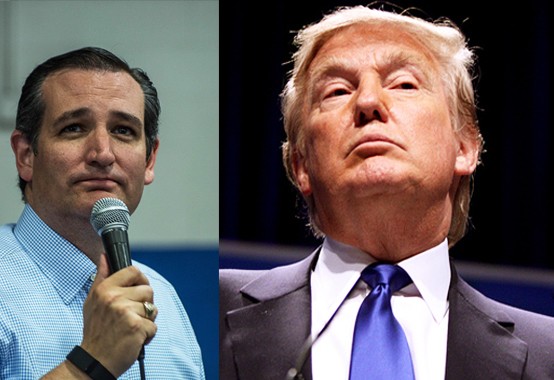 For once, Donald Trump was the honest one.

Asked on MSNBC’s “Morning Joe” program whom he consults with on foreign policy issues, he said “I’m speaking with myself, number one, because I have a very good brain and I’ve said a lot of things.”

He has surely said a lot of things. But even someone with a brain as “good” as his needs advisors. All leaders do. A savvy and dedicated leader seeks the input of people with knowledge, people who are expert in their fields.

On Monday, March 21 Trump met with the Washington Post editorial board. Finally sharing the names of his proposed policy advisors, he gave them a revealing list of men with varying degrees of competency and experience.

Among them is Walid Phares, a self-styled anti-terrorism expert with a long history of promoting the idea that America is in peril of a takeover by Muslims bent on “instituting shariah.” 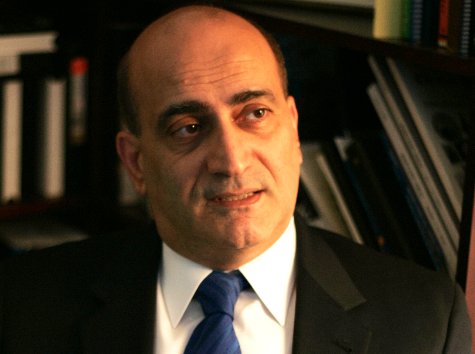 Phares was a controversial member of Mitt Romney’s foreign policy advisor team during Romney’s 2012 presidential run. At that time there was public question about Phares’ role in the Lebanese Christian militia during the country’s civil war in the eighties. According to an October 24, 2011 article in the New Republic, there was thought that Phares might have been chosen to attract the “anti-sharia zealots.” The article goes on to say that this group of purported “zealots”:

…cares little for impeccable credentials or decades-old foreign conflicts, it cares a great deal about the threat of Sharia law. By tapping Phares, Romney could get in the good graces of this group and inoculate himself against the possibility of being labeled “soft on Sharia.”

The choice of Phares would dovetail nicely with the Trump “ban all Muslims” plan. He did qualify his ban, after all.

“Ban all Muslims,” he said, “until our elected leaders can figure out what the hell is going on.”

Maybe he sees Phares as the person who can provide an answer. By choosing him, however, Trump shows either deliberate malice or his usual ignorance.

Ted Cruz, a more experienced politician and ideologue, has also named as a policy advisor a man with a long and well-documented history of opposition to Muslims, Frank Gaffney. He is not just anti-Muslim. He is a paranoid extremist who pushes irrational conspiracy theories. 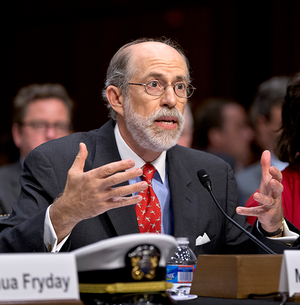 The Southern Policy Law Center has a profile of Gaffney on the “Extremist” page of their website. They say of him:

In Gaffney’s mind, America is in peril, and bringing back the notorious Cold War-era House Un-American Activities Committee (HUAC) would expose the subversives he imagines are working to implement Shariah religious law throughout the land.

The SPLC describes Gaffney as a well-educated Reagan-era government staffer who they say in the late eighties “seemed to go off the rails,” developing an obsession with the idea that the Muslim Brotherhood had infiltrated the U.S. After losing his appointment as Acting Assistant Secretary of Defense, he founded the Center for Security Policy, a purported think tank that serves mostly as a platform for him to share his conspiracy theories, of which he has developed many; the Huffington Post has listed a number of them here. They target a range of public figures, from Supreme Court Justice Elena Kagan to the Pope. He also created the discredited poll that Trump cited to support his “Muslim ban.”

When Wolf Blitzer questioned Cruz about some of Gaffney’s expressed beliefs, Cruz backed away, using the timeworn technique of accusing the anchor of “gotcha” questions. He called the questions “silliness.”

“Listen, I don’t know what he said in 2009,” scoffed Cruz in the interview, seemingly admitting that he was unaware of the background of a man he praised as knowledgeable and whom he thought highly enough of to add to his advisory team.

He is either irresponsible in his choices or dismissive of what a presidential team requires, and perhaps thus dismissive of the well-being of the country.

There are candidates this year whom we must reject. They are marked by the people whose counsel they seek.

Imagine what the response to an attack like that in Brussels would look like under the guidance of Phares or Gaffney. Paranoid haters of Muslims would be in the oval office discussing responses with presidents guided by their own mistrusts and bigotry.

Above all, we cannot allow Trump to become president, especially not with Phares at his ear.

Cruz is on firm ground both in arguing that Trump is entirely clueless on the specifics of foreign policy and in emphasizing that rather than “Make America great,” Trump’s policies would double down on the Obama approach of retreat and retrenchment, making the United States and our allies that much more vulnerable.

This is the man who will be the Republican nominee for president, representing the party of Eisenhower and Nixon and Reagan and George H.W. Bush, at a moment when the Western/liberal order is more fragile than it’s been since 1991. And of all the leaders of the Republican Party, all the men and women who hold high office, is history really going to record that this demagogic, blathering clown was opposed forthrightly and absolutely only by a defeated presidential nominee, a Senate backbencher, and a retired Senator lately recovered from cancer? Really?

I had not thought Trump had undone so many.

What We Can Learn from the “Butcher of Bosnia”

Keep Victims in Your Heart and Your Brain on The Ball