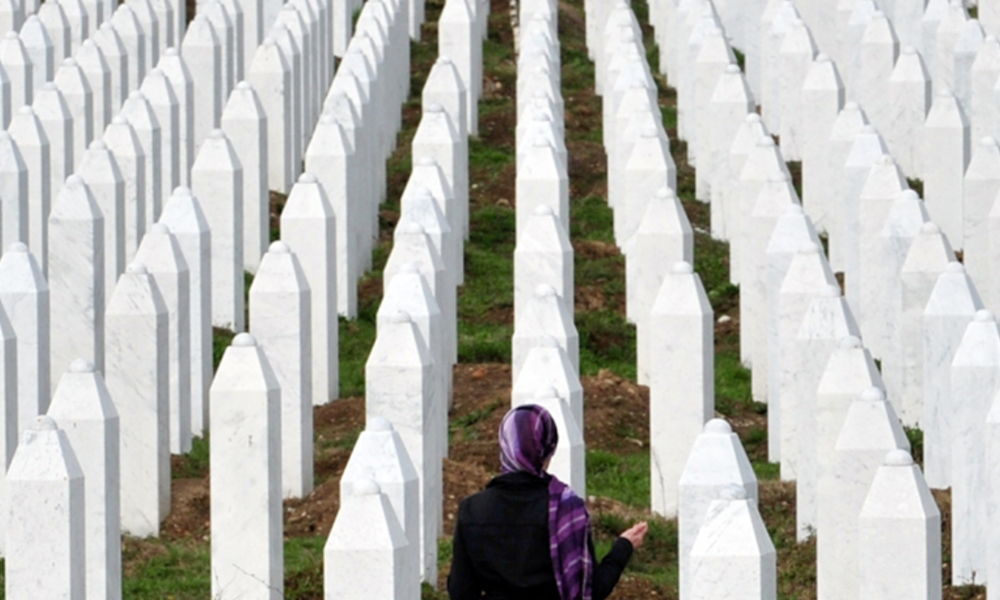 The ethnic cleansing of Muslims in Bosnia from 1992 to 1995 was the greatest genocide in European history after the Holocaust of World War II[1], and remains Europe’s worst genocide ever since. It left well over 100,000 Bosnians murdered[2],[3] — 8,000 of those in Srebrenica alone — and nearly 3,000,000 souls displaced. Women were raped by the tens of thousands[4] as an official strategy of the Serbs, since a woman’s honor is so sacred in Islam. Children were slaughtered with wanton abandon and suckling babies were beheaded in front of their mothers.

In the Writ of Summons of the District Court of The Hague, eyewitness Ramiza Gurdić testified:

“At one time, I saw how a young boy of about ten was killed by Serbs in Dutch uniform. This happened in front of my own eyes. The mother sat on the ground and her young son sat beside her. The young boy was placed on his mother’s lap. The young boy was killed. His head was cut off. The body remained on the lap of the mother. The Serbian soldier placed the head of the young boy on his knife and showed it to everyone. There were at that moment Dutch soldiers in the vicinity. They stood by and did nothing. They appeared to be entirely indifferent. The woman was hysterical and began to call out for help. A Dutch soldier who was standing there said only, ‘No, no, no.'”[5]

There are scores of testimonies like this from Bosnian refugees wherein European “peacekeepers” watched without any care as the most nightmarish rapes and murders were perpetrated against the Bosnian people. These were not horrific exceptions. These were the horrific norm for years!

The mastermind behind all of this was Radovan Karadžić, President of the Serb Republic from 1992-1996. 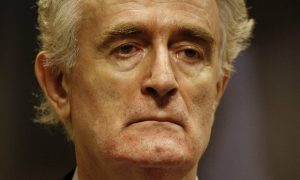 Karadžić was found to have been “instrumental” in a campaign of sniping and shelling that terrorized the civilian population of Sarajevo, the Bosnian capital. He was also convicted of being in charge of taking United Nations employees as hostages and obstructing NATO from carrying out airstrikes on behalf of besieged Bosnian Muslim civilians. He was found guilty of genocide, war crimes and crimes against humanity. A few days ago The Hague, while finding Karadžić guilty of all of  the aforementioned, crimes which earned the Nazis the death sentence after World War II, sentenced him to a mere 40 years in prison.

People get more than that for petty white collar crimes much less the genocide of over 100,000. March 24, 2016 will go down as a day of bitter anger and grief for those whose murders and sacrifices have been profaned and spit upon by The Hague. 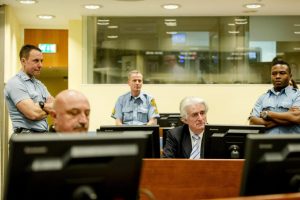 Granted, the death sentence no longer exists in international law but these stiff sentences from the Nuremberg Trials make clear that anything less than a life sentence for Karadžić is a sheer obscenity.

There is a lot of talk these days about “White Privilege” but the Muslims of Bosnia were nothing other than White Europeans, 100% of them. Did they get a country exclusively to themselves like what was awarded to the Jews, in someone else’s land, out of Europe’s guilt for the Holocaust? They absolutely did not.

They were forced to create a secular state with their Bosnian Muslim identity watered down into a pluralistic kumbaya of Bosnian Serbs, Muslims and Croats. They didn’t get a religious state like Israel where they could keep everyone else sequestered into serfdom in an apartheid state with an actual wall to enforce the religiously and ethnically based class oppression. To the Bosnians’ credit they wouldn’t have even wanted that. But getting it wasn’t even remotely on Europe’s radar, nor did Europe feel any guilt for the genocide they watched happen in their own backyard for years.

Be Just but Expect Injustice

Yet, the lesson we would learn from this is one that was taught to us a millennium and a half ago with the revelation of the Qur’an:

“The non-Muslims are protectors of one another. If you do not [protect each other] the same, there will be lawlessness and injustice in the land.” [8:73]

As Muslims, we are to be the most just, equitable and friendly to the non-Muslims living around us. But we are to never forget the reality that, when it comes down to it, they will protect each other over us. There are, indeed, cases —arguably, exceptions— wherein non-Muslims valiantly champion the defense of Muslims. We see this often and we must acknowledge and respect it. However, the general rule is that humans will be humans, and will find an affinity towards their own kind over the “other”. But what is important for us to also acknowledge is that the Qur’an states a reality in that the demarcations between peoples in the world will ultimately narrow down to Muslim vs. Non-Muslim. When it finally reaches that point, a sign prophesied by the Prophet Muhammad

will have been fulfilled.

So always be just, fair and friendly towards your non-Muslim neighbors. Show them such kindness and respect that you stand out as an example of those ideals. That’s you doing your part as a Muslim who truly adheres to Islam. But never, ever be fooled into thinking that they would choose you over those whom they see as their own, nor are they inclined to deliver you the same justice as they would to their own.

That was proven on March 24, 2016 in Radovan Karadžić, a murderous lowlife blackguard who, much unlike some Nazis executed for far lesser crimes than his, will spend the rest of his life in relative comfort and care even if confined to “prison”.

Shibli Zaman is a writer, analyst and blogger from Texas with a background in Semitic linguistics and philology who spent 4 years studying Islam overseas. His time overseas included studying Hanbali jurisprudence and working for Shaykh Salman al-`Awdah to start the website IslamToday.com. He is an SAP Netweaver consultant by profession.

Shibli Zaman is a writer from Texas with a background in Semitic linguistics and philology who spent 4 years studying Islam overseas. Literate in Arabic, Hebrew, Aramaic and Greek, he received a Gold Medal from Oral Roberts University in Tulsa, OK for Bible prowess. He studied Computer Science from the University of Houston and is an SAP consultant by profession.