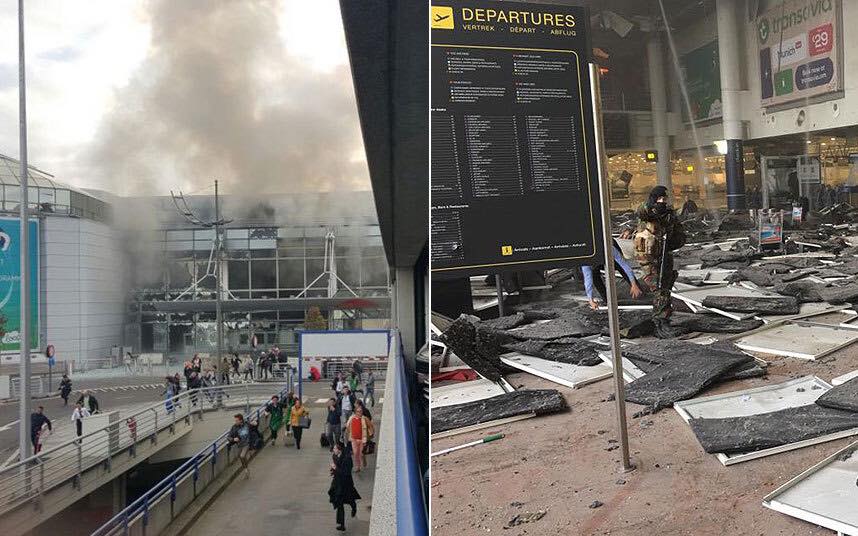 Unfortunately, once again we wake up to scenes of chaos and mayhem, this time in Brussels, as major attacks kill 26 and wound 130 at the airport and on the subway, with the fatalities expected to rise.

No one has claimed responsibility yet, but even if ISIS, it is likely by way of the Molenbeek cartel in Brussels that was responsible for the recent similar attacks in Paris and that was the subject of police raids a couple of days ago.

My heart and prayers go out to the people of Belgium and Brussels, a city I visit often and maintain many friends in.

In America, today and over the next few days/weeks, you can expect the attacks to be politicized to the domestic elections with plenty of voices from the GOP, including Cruz, coming out to blame Obama for “not calling the threat by its name” and that is Radical “Islam.” Though it’s more like radical dumbasses.

We Can No Longer Surrender to the Enemy Through Political Corr…Today radical Islamic terrorists targeted the men and women of Brussels as they went to work on a spring morning. In a series of co-ordinated attacks they murdered and maimed dozens of innocent commuters at subway stations and travelers at the airport. For the terrorists, the identities of the victims were irrelevant. They –we—are all part of an intolerable culture that they have vowed to destroy. For years, the west has tried to deny this enemy exists out of a combination of political correctness and fear. We can no longer afford either. Our European allies are now seeing what comes of a toxic mix of migrants who have been infiltrated by terrorists and isolated, radical Muslim neighborhoods. We will do what we can to help them fight this scourge, and redouble our efforts to make sure it does not happen here. We need to immediately halt the flow of refugees from countries with a significant al Qaida or ISIS presence. We need to empower law enforcement to patrol and secure Muslim neighborhoods before they become radicalized. We need to secure the southern border to prevent terrorist infiltration.And we need to execute a coherent campaign to utterly destroy ISIS. The days of the United States voluntarily surrendering to the enemy to show how progressive and enlightened we can be are at an end. Our country is at stake.

Nevermind that A) The Molenbeek cartel members made their headquarters at a bar in Molenbeek where they were known to drink, smoke pot and other drugs. Acquaintances said they are not religious. Disaffected and radical, certainly.

Or that B) Istanbul and Ankara where dozens of people were recently killed in similar attacks – absent the wall to wall daylong coverage on CNN and other media with the caption “Terror Strikes” – are Muslim cities with most of those killed belonging to the Islamic faith. (And of course, ISIS terrorism – as well as Baathist state terrorism – kills Muslims in Syria every single day for years now).

Terrorism is a tactic of violence strategically aimed at amplifying limited power, employed for political purposes, period. Obviously, no religion demands it or ever has. Even as some perpetrators attempt to cloak it in religion (or nationalism in the case of Turkey and Spain) as propaganda for justification and a sense of purpose (which disaffected, lost souls always seek).

Again, keep the victims in your hearts, and keep your brain on the ball and do not fall for the political exploiters of tragedy who will come out of the woodwork to implicate me and my family by simplistically blaming Islam in one fell swoop of generalization and reductionism – even as the overwhelming majority of Muslims condemn the tactic of terrorism (Al Azhar already condemned) and indeed, many die in its throngs.

Who Is My Friend?