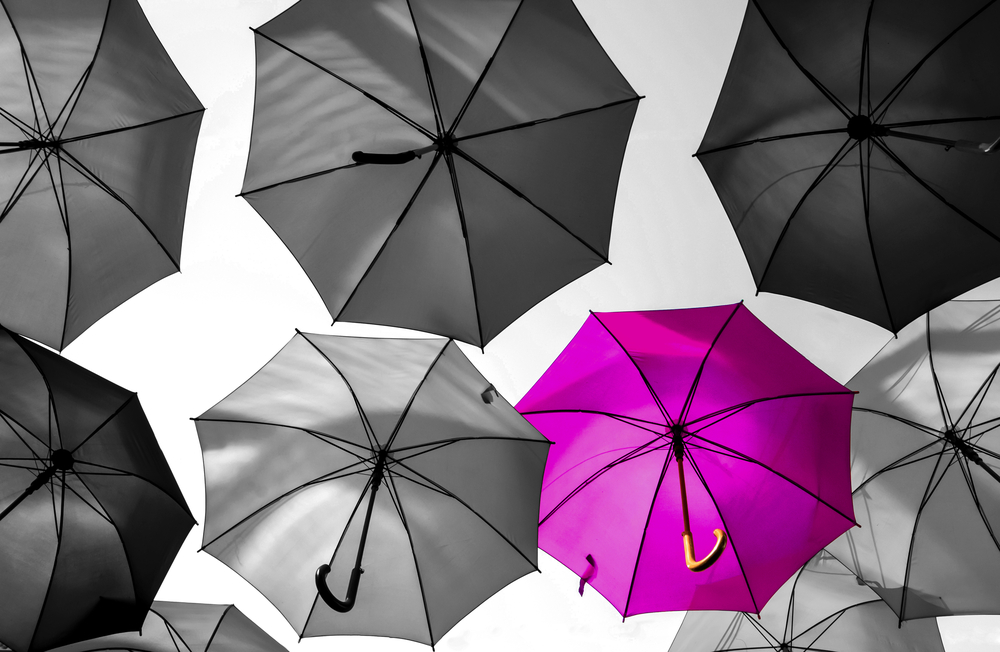 About eight years ago, I attended a depression mastery seminar by a prominent Muslim shaykh. At the time, I was learning about Muslims who have suicide attempts. In the back of my mind, I vaguely understood that suicide wasn’t allowed in Islam. But wondered why did Muslims who practiced their faith regularly still tried to kill themselves.

At the end of the seminar, I went up to the teacher and asked, “If a Muslim commits suicide, what happens to them.” I also shared some stories of some people I knew who were facing severe thoughts of ending their lives. After hearing my spiel, he simply said, “If a person kills himself or herself, they’re going straight to hell.” I still remember those words and the way he said them and the way they made me feel. I shook right to my brain. Alhamdulillah, this one powerful statement has left a lasting mark on me for years and allows me to help Muslims going through severe depression. The problem isn’t that we are unaware of this ayah “Nor kill yourselves”[i] in the Quran. The bigger issue is who has “real” suicide issues and who is merely having thoughts like, “Oh my God, my kids are driving me nuts! I just want to kill myself.”

There’s a second part to the depression seminar story. The shaykh also shared that he knew someone who committed suicide. The deceased’s family comforted themselves thinking that he wasn’t going to hell because he was sick. Interestingly, the shaykh disagreed. Allah is the ultimate judge and when you have suicidal thoughts or even attempt it, what do you make of it? Are you a bad Muslim? What if you actually killed yourself, what would be your fate?

Are the Rules Different for the Mentally Ill

I recently had the privilege of being in the company of an intelligent psychiatrist, and an insightful imam. The best part was that they were in the same room. After talking to them, I learned (which makes total sense now) that when a Muslim commits suicide and they are insane and have lost touch with reality, different conditions apply to them. On the other hand, when a believer commits suicide while fully understanding their actions and the ensuing results, they are in a different category.

This nuance in what constitutes as suicide can be a breath of fresh air, especially for Muslims with mental illnesses. If you have clinical depression or bipolar or other diagnosed mental illnesses, it’s not easy. A friend of mine recently had a suicide attempt where she did lose touch with reality. She had hallucinations and heard voices that were cheering her on to kill herself. She later told me that it was the most frightening thing in her life because she was not in control. She also said her eyes could see. Her fingers could feel. Her ears could hear. Yet she was blind, deaf and mute because her brain could not process all the incoming stimuli. That is what constitutes as insanity. It is different from other suicide committed by fully sane people. This suicidal attempt also came on very suddenly. Her therapist reassured her later that yes this can happen. Out of no fault of her own, she can kill herself because she has a severe mental illness. We are not in a place to say so and so is going to hell because only Allah truly knows how sane or insane someone is at the time of the a suicide attempt.

A sick Muslim after a surgery or getting cancer is showered with flowers and well wishes. A person in the psych ward who was just pulled away from jumping off that bridge only gets called crazy, a bad Muslim, doomed to hell, weak and just plain stupid. They might even be shamed to death, literally. But again, there is a distinction to be made between the everyday depression and thoughts of dying versus diagnosed mental illnesses, such as depression. Clinical mental illnesses have symptoms of suicidal thoughts and attempts. Depression is much more than grief and sadness. “It’s officially diagnosed by the DSM- IV as depressed mood systems lasting most of the day for a period of at least two weeks”[iii].

Dr. Abdullah al-Khater (d. 1989), professor at the Faculty of Medicine at the University of King Faisal, says, “A depressed person becomes less productive, concentrates less and starts to develop signs of forgetfulness. He may consider this life worthless and may even regard himself insignificant and worthless. He may wish for death and contemplate suicide.”[iv]

Depression with an organic, hereditary cause or chemical imbalance needs to be treated with many tools. Here is a preliminary list:

For situational depression (caused by trauma, loss and death), Dr. Abdullah al-Khater  gives eight remedies in his book “Grief and Depression: From an  Islamic Perspective.” The above remedies can also be used for the everyday woes alongside the medication. Dr. al-Khater gives the following eight solutions: 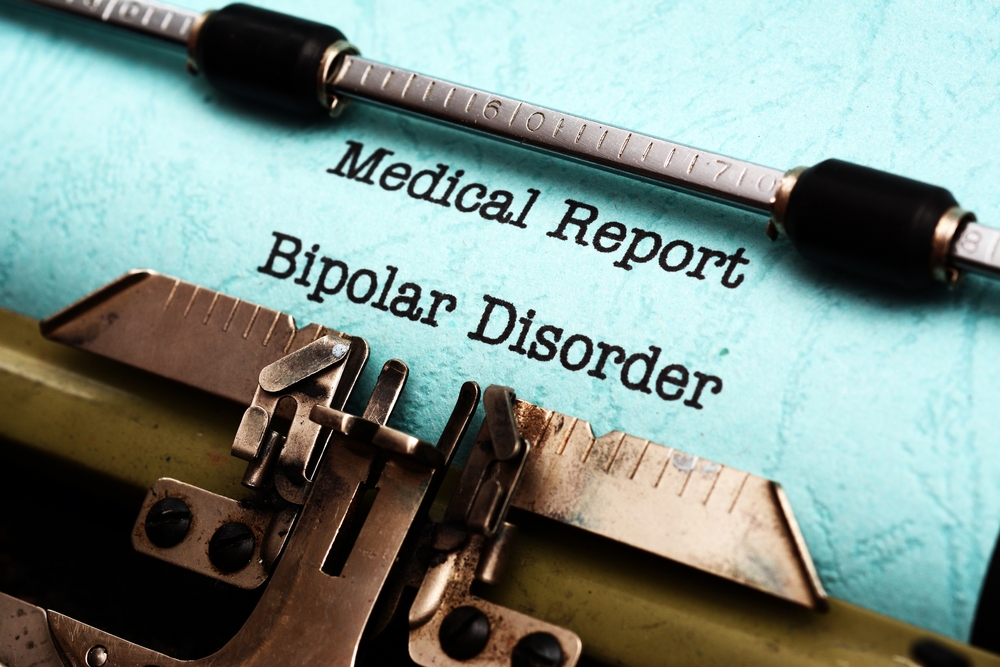 When you are feeling depressed, are having suicidal thoughts and have gone through the above list, something else is going on. Get professional help. It is okay to see a psychiatrist. If you had a thyroid problem, you would go to an endocrinologist. So when your brain is not preforming the way it should, you simply see the brain specialist. You need to see a doctor when depression is getting to the point that it’s hindering your ability to work or take care of your family or complete your studies or to live a normal life. Moreover, you need to find your purpose in life. Yes, we live to worship Allah but what does that mean to you? How are you living for Allah with the talents you have? What gives your life, passion, purpose and pizzazz?

Lastly, many mental illness patients get told countless times to get off their meds. Would you ever say that to a person with a crutch? “Let that go. You don’t need it. Try walking on your own!” That’s absurd. Yet, many Muslims say things like that about psycho-pharmaceutical drugs left and right. Do your research, find out what you need and the pros and cons of medical treatments. Nod politely at that aunty or uncle who tells you that you’re fine and just need to pray more. If that were the only thing that worked, wouldn’t all the severe depression in the world be cured by now? That is the main reason I started blogging – to dispel the ignorance. I also write so I can connect with different Muslims who are going through the same thing.

We need to take a holistic approach to treating suicide. We cannot make blanket statements or become the judge. Prayer and placing your trust is part of the solutions but you also need to lock that car with your keys. When you or a friend realizes the depression in their life, comfort them or yourself. Reach out and get help. Come my blog for support. And when you are feeling super suicidal and are thinking of ways to kill yourself, call 911 or 1-800-273-8255. For help with situational depression, call the Muslim helpline at 1-866-NASEEHA.

Remember, suicide is a permanent solution to a temporary problem.

Saba Malik is a blogger at and founder of www.MuslimBipolar.com. She is a teacher, life coach and author of, “Blessed with Bipolar -The Muslim’s 3-Step Support Guide to Mastering Bipolar.” She lives on earth with her husband and their daughter. She loves running, reading, rain and can be reached at info@muslimbipolar.com.

[iii] What is Bipolar Disorder?, Take Charge of Bipolar Disorder: A 4-Step Plan for you and Your Loved Ones to Manage the Illness and Create Lasting Stability (New York: Warner Wellness, 2006).