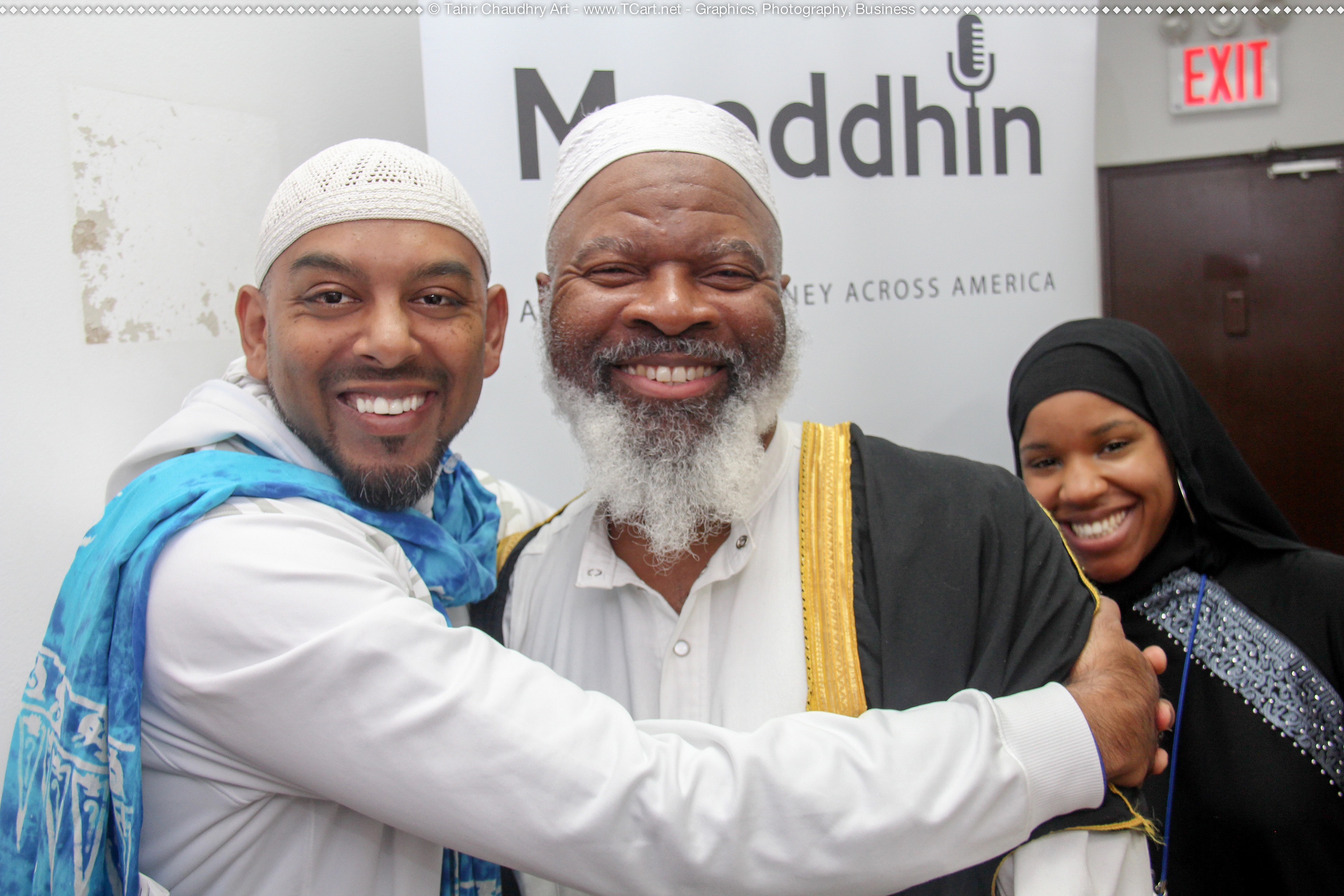 “50 states, 50 mosques, 50 adhans. Freedom of speech, freedom of religion,” Said Imam Mohamed Magid in the Adams Center during a Friday sermon, as he looked directly at me and smiled. In that moment, I was happy, I was content…

Upon reflection, I was grateful that Allah

put me on a path where, for a brief period of time, I could raise my voice across America and call people throughout the nation to congregate for prayer. I was thankful for the opportunity to ambassador the golden words of the Prophet

to a diverse array of communities, Muslim and non-Muslim alike. For once in my lifetime, I had a chance to engage the international media and speak my mind on current affairs and have a direct hand in defining what Islam is and isn’t. But, what I valued most was the autonomy that I enjoyed in setting the balance straight (be it small scale or temporary) on matters where I have seen the institutions of our greater Muslim communities fail. Where they have drawn lines of segregation and created a paradigm of double standards, I could take pride in shattering this tradition. I was in the process of making history and there was absolutely no way that I wasn’t going to honor and include the largest Muslim community in America – our African American brothers and sisters.

Born in Ann Arbor and raised in Ypsilanti, Michigan, we had a thriving community that was extremely diversified across the socio-economic spectrum. Many of my mentors such as Imam Isa Abdul Baseer, Dr. Ihsan Bagby and Imam Siraj Wahaj are dignified, distinguished African American Muslim leaders that have made monumental contributions towards the greater good of society and have influenced my system of values directly. Many of the peers that I grew up with such as Dr. Muhammad Khalifah, Dr. Muneerah Curtis and Ali Johnson helped mold my character into who I am today. So I have a very strong sensitivity to their struggles and a top-heavy spotlight towards their contributions that are countless in number and heavy in impact.

One of the most frequently asked questions that I have to field on an ongoing base is, “Which community across all of America was my favorite?”

I want to make this evidently, with my due respect to every individual, masjid and not-for-profit organization that made a contribution in this effort, the most generous, helpful and inviting community in my experience across America were the African American Muslim led masajid. Below is a list of highlights to put things in perspective:

1. Dr. Ihsan Bagby is the foremost authority on Mosques in America. From the beginning of my project he made himself available to me 24 hrs/7 days a week. Emotionally, he was there for me when I needed him and he was instrumental in identifying and connecting me with masajid across America. There were many times that even after arriving in the state, I did not have a place to go to. He made sure that I had one.

2. Preacher Moss is the original Muslim comic and my longtime friend. He also made a contribution in making sure that I had a mosque to go to when we were coming up empty handed. It was he who connected me with the largest African American Sunni congregation in North America – the Atlanta masjid. When I lost funding and I was concerned about where we would be sleeping, he stepped up and offered to take care of the majority of my hotel stays for the duration of my trip.

3. Imam Siraj Wahaj, one of the greatest Muslim leaders of our time, delayed my arrival into his masjid simply because he wanted to be there when I came. Masjid At-Taqwa has a thriving population in Brooklyn, with a tremendous muaddhin who holds the position full-time. For a little more than two days I was their guest, and I was given the honor of raising the adhan for my entire duration. They fed me the best of their food, honored me by making me judge of an adhan competition that boasted participants ranging from little children to grown men, and as I departed Saturday morning during the time of Fajr, almost every member of that blue collar congregation approached me after the speech, each with currency in their hand. One after the other they gifted me at a time when my funds were depleted with a generous sum to keep moving the project forward.

4. Abbas Abdullah, the older brother of Hamza and Husain Abdullah (NFL football players), was constantly throwing shout outs on social media, highlighting me and my mission and trying to further the momentum on the airwaves. He offered sound advice on brand positioning and crises management.

5. Rivaled only by the smaller Muslim communities that I visited, there were no communities that could compete with the love, openness and generosity displayed by the African American Muslim leadership in any genre or any circumstance.

I received a lot of criticism from other well-known Muslim leaders for choosing particular African American Muslim led mosques over others that may have potentially held more brand equity on the symbolic front. I was asked why I was going to Brooklyn as opposed to Ground Zero. I was asked what was so special about the Atlanta Masjid, when Masjid Al-Farooq, the bigger more connected masjid was in the locale. I was asked what’s so special in Lexington, Kentucky when there is a large congregation in Louisville ready to receive me. I heard all of their accusations and fielded all of their advice.

At the end, I simply asked them one question, “How would the messenger of Allah

respond to you?” and then with firm resolution I delivered my executive decision, “I will not exclude my teachers, my friends, my brothers and sisters while I make history, and I will not tarnish the name of my master, Muhammad-ur-Rasulullah

.” As most eloquently put by Dr. Ihsan Bagby, “Muslims have been here since the inception of this country. First the enslaved Africans, then the civil rights movement and now, more recently, immigrants. African American Muslims have always been a part of the history of America and we always will be.”