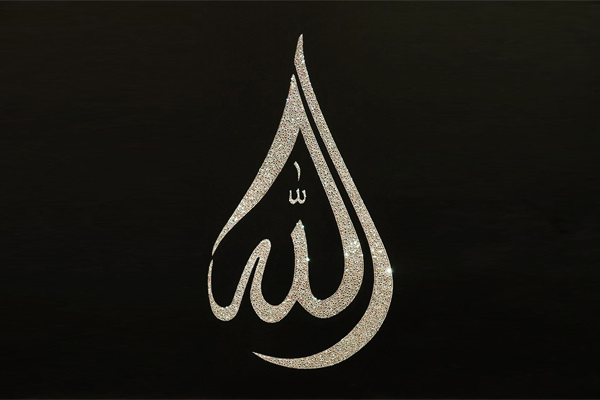 A beautiful lesson taught to us by Fudhayl ibn Iyadh, Abdullah ibn AlMubarak, and a servant of Allah who was close to him, and unknown to us.

said, “I came to Makkah while it had been stricken by drought and the people were praying istisqaa in the Masjid Al-Haram, and I was by the gate of Bany Shaybah, when a I saw a young black boy who was wearing two pieces of burlap, one piece wrapped around his waist and the other tossed over his shoulder. He stood at a secluded place next to me and I heard him say, “My Lord, the faces are worn due to their sins and the evil of their deeds, and you have prevented us from rain to discipline the creation, I ask you oh patient and forbearing One, You who His slaves know nothing of Him except that which is beautiful, give them rain, in this moment…in this moment..”

Ibn AlMubarak said, “He continued to say, “at this moment” until the sky became filled with clouds, and the rain descended from every direction, and he sat in his place making tasbih, and I began to cry. When he left I followed him to mark his residence, and I returned to Fudhayl ibn Iyadh who said to me,

“Why do you look so depressed?”

I said to him, “Someone beat us to Allah, and so He took him as an intimate companion other than us.”

So I told him the story, and he cried out “Woe be to you, oh Ibn Mubarak! Take me to him!”

I said, “There’s no time at the moment, I’ll find out more about him.”

So the next morning I prayed Fajr and I went to his residence and there was an old man at the door, when he saw me he recognized me, and said, “Welcome of Abu Abdulrahman, what do you need?”

He said, “I have many, and so he cried out “Boy!” and a strong young man emerged, and he said, “You’ll have a good result with this one, He would be good for you.”

I said, “I have no need for him” So he continued to bring out boy after boy, until I saw the boy that I recognized, so when I saw him my eyes teared. He said, “Is this the one?”

I said, “Why not?” He said, “Because I see his presence in this house as a blessing, and he does not cost me anything!” I said, “Where does he eat from?”

He said, “He earns from some food that he sells and that is his sustenance, and if he does not sell he eats it and that is sufficient. And the other boys tell me that he does not sleep these long nights, and he does not mix with them but is busy with himself, and my heart has loved him.”

I said, “Do I go back to Fudhayl ibn Iyadh and Sufyan Al-Thawri without having fulfilled their need?”

He said, “Your coming to me is a great occasion for me, you can have him for whatever price you wish.”

“So I purchased him and took him towards Fudhayl, we walked for a moment before he said, “My master,”

He said, “Please don’t say ‘at your service’ to me, for the slave is the one who should be at the service of his master.”

He said, “I am physically weak, and don’t have the strength to serve, and you had options other than me, others were brought out who were stronger than me.”

I said, “May Allah never see you serving me, rather I will purchase for you a house and wed you, and I will serve you myself.”

He cried in that moment, and I said, “What makes you cry?”

He said, “You didn’t do that except that you saw one of my communications with Allah, otherwise why would you choose me over the others?”

I said, “The response to your supplication”

He said, “I estimate that you are- in sha Allah- a righteous man. Allah has a chosen group amongst his creation, he does not expose their status except to whom He loves from amongst his slaves.” Then he said, “Is it alright if we stop for a moment, I have some rak’at that I owe from yesterday.”

I said, “The house of Fudhayl is near.”

He said, “No, here is more beloved to me. The commands of Allah should not be delayed.” He entered the masjid from the door of the merchants so he continued to pray and when he finished he looked towards me and said, “Oh Abu Abdulrahman do you need anything?”

He said, “Because I want to journey on.”

He said, “The hereafter.”

I said, “Let me enjoy your company!”

He said, “Life was only sweetened when my interaction was only with Allah. Now if you have been exposed to it, other will as well, and I have no need for that.”

He then collapsed onto his face and said, “Oh my Lord, take me to You in this moment, in this moment.” I came near to him and found that he had passed away.

By Allah I never remembered him except that a long sadness would envelope me and that the dunya would become insignificant in my eyes.

This story stirred my soul.  It is important for us to remember the power of having a strong connection with Allah, and how there are people amongst us who may obscure to us, or insignificant even, but have a high place with Allah and could be beating us all to Him through their sincerity.
Share397
Tweet
WhatsApp
Reddit
397 Shares

Between a Rock and a Hard Place- Black and Muslim