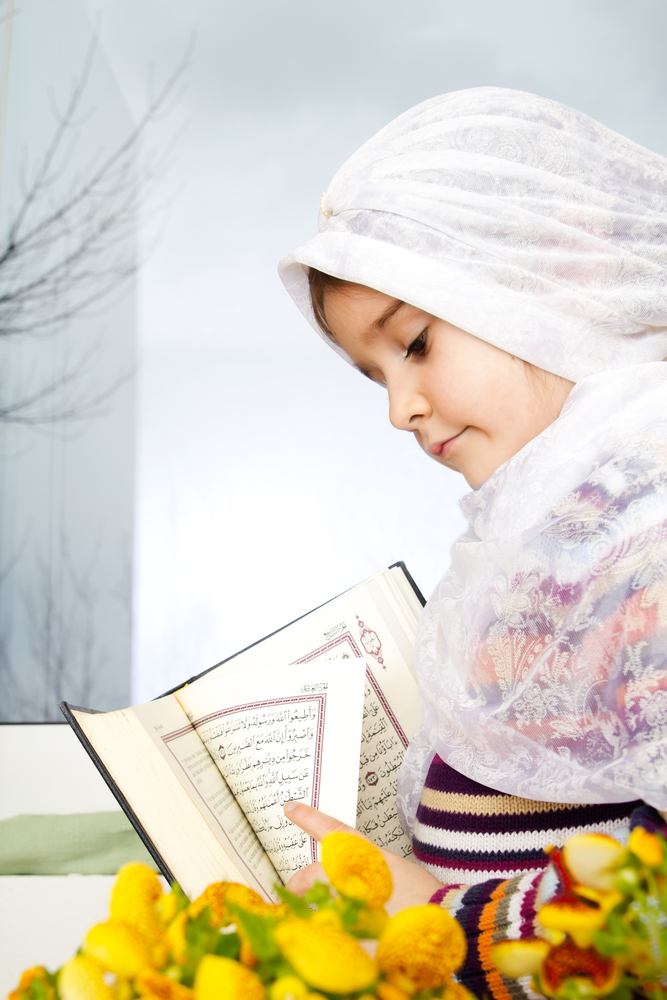 By Hooyo Said (a pseudonym)

I write this on the evening that I told my daughter’s Qur’an teacher that I wanted my child to quit memorising the Qur’an. That’s right, quit.

Who am I? A highly experienced educator mother who’s taught children in Pupil Referral Units, mentored Muslim youth and consoled and advised parents about the ‘plight’ of their troublesome teenagers. Dealing with the challenging behaviour of ‘problem’ pupils has always been intuitive to me. I enjoy the mental gymnastics involved in getting the best out the toughest kids. My husband is a polymath, a multidisciplinary creative and dynamic educator who also happens to be studying for his PhD. So how then have we managed to mould a child who dislikes memorising Qur’an?

Our home is a loving environment rich in Qur’anic recitation and exegesis. Whilst my daughter was invitro, her father and I would affectionately recite the Qur’an aloud. As a baby, we’d engage her active listening skills by playing short surahs in the car and at home, reciting along so that Allah’s book became less background noise, more immersive audio experience. We’d recite in bed whilst having a cuddle under the duvet. Or pitch a makeshift tent in the living room reciting Qur’an and sharing Islamic stories illuminated by strobe light (a torch) and cinematic sound effects! By the age of two and a half, and without any formal teaching, my daughter knew many short surahs and would eagerly “sing” the Qur’an. At that point, her Qur’anic journey has been entirely organic; absorption by osmosis.

If our daughter’s induction into Qur’anic memorisation had started so well then why would we let her quit? I’m too Tiger Mother, too Dweckian to allow that to happen to my children. My husband and I share an outlook found amongst many Chinese communities in that success (in any domain) is inextricably linked to work ethic before talent (although talent certainly helps). Moreover, we believe in the value of loving to learn as an end itself. So then, how do I reconcile my daughter ‘quitting’ whilst not becoming a ‘quitter?’ Easily. My role as a parent (in my estimation) is to nurture the best out of my children, cultivating their strengths and addressing areas to improve. My husband and I do so by inculcating a reflective/reflexive methodology in our children; we learn from our inevitable faux pas! And this is where my daughter trips up. My girl is a six-year-old going on sixteen: driven yet doting (to her baby brother); creative yet competitive; sensible but sensitive. Hyper sensitive in fact; a highly volatile package!

With such an explosive combination of characteristics, I was cognizant that the Madrasah would be the wrong place for my daughter to learn the Qur’an. Distracted Ustadhs fiddling with phones, reading newspapers or even dozing off; even more distracted children, off-task with their studies, talking amongst themselves and seeking elopement from the “learning” environment at the first opportunity by taking prolonged trips to the toilet. My husband and I knew we could only entrust our child’s Qur’anic journey with the right teacher. Alhamdulilah, after much dua we found just the person. A young sister whose first language was Arabic and had teaching experience in state and faith settings at home and abroad. So we had a great teacher and a child with good tarbiyah a great success story right? Wrong!

My daughter’s first official Quran lesson began well. She was excited, engaged and eager to flaunt her skills of recitation to impress her new teacher. However, as the weeks progressed, she grew more and more frustrated with her errors in memorisation and pronunciation. Time after time my daughter would stumble and trip over the same ayah, not a story to dissimilar to most other children one imagines. I made it clear to my daughter that learning the Qur’an can be a challenge and that experiencing difficulties during the process was okay, in fact Allah would be even more proud of her effort! Nevertheless, I could see that my six year old wasn’t responding to the teaching methods employed by her Ustadah so like any good practitioners, my husband and I ran an “audit.” We switched things up. 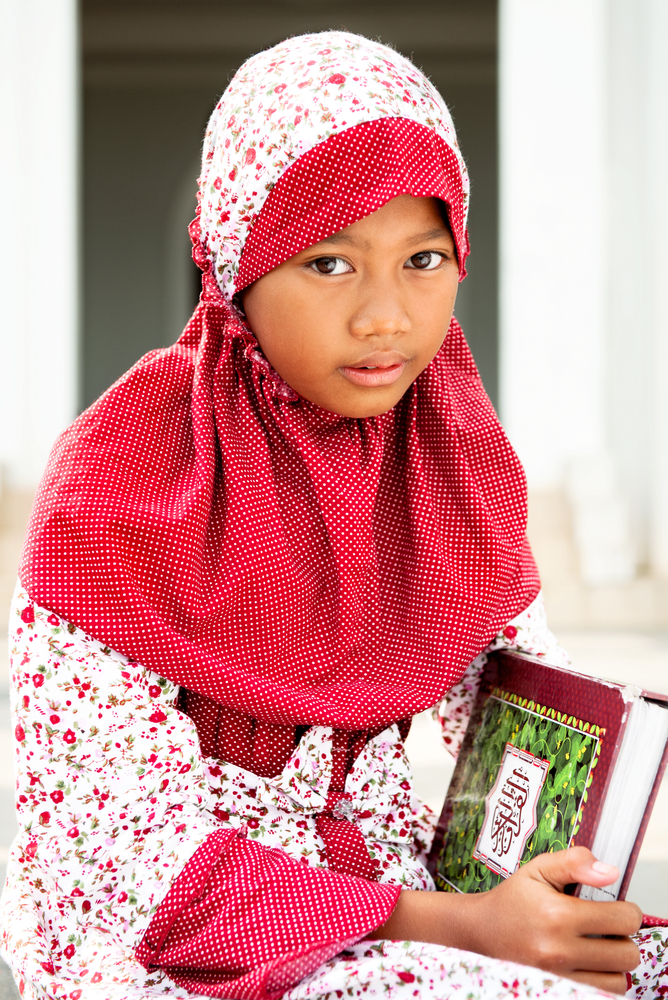 We gave the Qur’an teacher creative license to do whatever it took to engage our daughter. Some weeks that entailed warming up with a chat, other weeks playing with blocks of lego or drawing in her beloved sketchpad, all of this without even touching the mushaf. But my daughter was still stuck, trapped in a place where emotions consumed her. Fiercely competitive yet angry at not “winning,” our little competitor couldn’t overcome her frustrations. Talking or laughing about it didn’t help either. It only edified the emotional and psychological deadlock. So in my Amy Chua “manhaj,” I dug my heels in. Mademoiselle dug them in even further. Worst of all, it became disconcertingly apparent that my daughter’s heart was no longer invested in learning the Book of Allah. In one lesson, she became so incensed that she flung the Qur’an across the room and stormed off! Calm and collected, I didn’t react. I simply wrote my baby girl a note. It read: “When you’re ready to talk, I’m ready to listen. Love Hooyo.” I later find an apology letter she had penned to Allah hidden beneath her story books.

In spite of all the ire and resistance, my daughter had made some progress, but in the process I was losing her; the child whose eyes lit up when we spoke of Allah were now stony cold. The child who would happily “sing” the Qur’an would rather remain mute. I couldn’t shake that image from my mind. I -the self-proclaimed “expert” – had unwittingly excised the love of learning the Uncreated Speech of Allah from her heart. That’s when my husband and I decided our daughter was going to take a hiatus from Qur’anic memorisation – for the time being. Instead, we’ll continue to live and enjoy a halal lifestyle rooted in Islamic identity, aesthetics and ethics with the Qur’an a constant presence, albeit in the background. And, as adoring parents, we’ll continue to support our daughter’s development in “antifragility” (to quote Nasim Nicholas Taleb) so that we may return to learning the Qur’an when she’s emotionally ready for the rigors of recitation and memorisation.

Ultimately, my daughter knows learning to read the Qur’an just like praying salah is non-negotiable but as a ‘stakeholder’ in her spiritual development she will have considerable input in how Quran is officially reintroduced. As emotionally intelligent educators responsive to our pupil’s needs, my husband and I have decided to address the root cause of our daughter’s ‘insurrection’ rather than resorting to extrinsic motivators – be they sugary snacks, sticker charts, high-fives and/or sycophancy – to instill (begrudging) obedience. By allowing our daughter to quit the Qur’an, a bold and somewhat unconventional move for a practising Muslim family, we have emotionally accepted that the process of memorisation will be interrupted in the short-term.

However, looking forward to the future, we hope and pray that our daughter’s relationship with the Qur’an will be edified, enriched and ultimately enduring. Moreover, it is even more paramount that we address her “combustible cocktail” of character traits, as our cold world does not care about her sweet sensibilities. I’m already planning and engineering scenarios where my daughter has to deal with loss and defeat so that she may learn to become more robust and resilient. My baby girl is a work in progress – aren’t we all? With diligence, determination and dua I’m confident my daughter will emerge from her chrysalis and blossom just like Austin’s Butterfly.

Our Greatest Strength is our Diversity